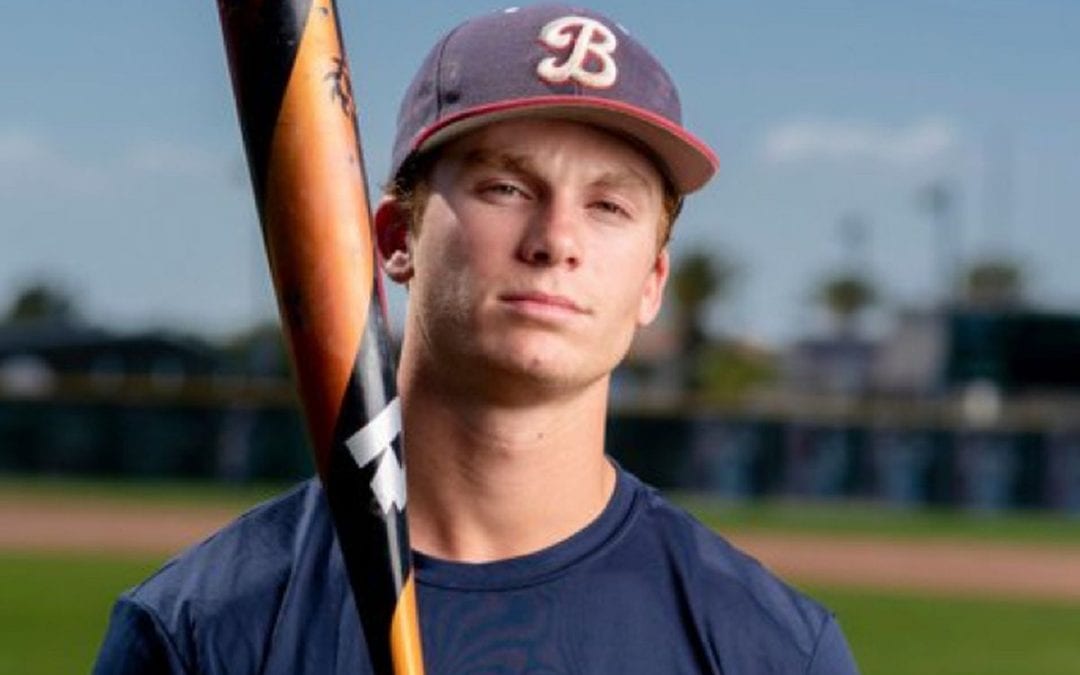 The 2020 MLB Draft is long in the books, and teams have already turned eyes to 2021. The summer after the draft is filled with opportunities to get early looks on the class. In the high school ranks, many of the top players made appearances at both East Coast Pro and the Area Code Games. But the summer amateur baseball experience at the forefront of most people’s consciousness is the collegiate wood bat league.

Collegiate wood bat leagues exist all throughout the United States, with Wikipedia listing 70 leagues active. Some are very well known to the public, such as the Cape Cod League or Northwoods League. Many are like the Valley Baseball League in Virginia—lesser known but still consistently producing Major League talent. The quality of players may vary, but these leagues provide college players the opportunity to shine in front of scouts. Additionally, they give small towns from Palmer, Alaska to Woodstock, Virginia—towns where the closest minor league baseball team is at minimum hours away—access to live baseball.

2020 has decidedly been one of the strangest years in baseball history across the board. The wood bat leagues are no exception, as several leagues shuttered operations. These included top-flight leagues like the Cape Cod League, the aforementioned Valley Baseball League, New England Collegiate Baseball League, and Alaska Baseball League.

However, some leagues endeavored to hold their seasons. Some adjusted schedules, divided into regions, and took precautions to hold their games. In these environments many players shined, including many top-flight prospects for the 2021 Draft. Let’s look at a few first-round talents that took these leagues by storm and cemented their spot as players to watch next Spring.

No one had a better summer than Matt McLain. For that matter, there may be no amateur player on a hotter streak than McLain. After a Freshman season that saw him bat .203 and strike out over 25% of the time, McLain showed improvement with the wood bat on the Cape in 2019. In the shortened season, he slashed .397/.422/.621 while dropping the strikeouts to 20%.

The underlying numbers are impressive as well. A 42.2% hard-hit percentage shows the raw power that is slightly surprising given his 5’11”-170# frame. The swinging strike percentage of 3.3% and chase rate of 7.9% show selectivity. Even the hit distribution looks good.

It might be a stretch for McLain to surpass Kumar Rocker or Jack Leiter, but if he continues on the same trajectory, there’s a decent chance that McLain is the first position player called next June.

McLain’s counterpart on the East Coast, Morissette has hit from Day 1 on campus. A .320/.371./426 slash as a Freshman was followed by .448/.522/.655 in the shortened Sophomore campaign. As a member of the North Shore Navigators of the Futures Collegiate Baseball League of New England, Morrissette continued to improve.

A .340/.480/.511 slash mirrors his past results, while walking 21.8% of the time. Even better, his strikeouts were lower than his walks. The only downside was his .899 fielding percentage, low but not necessarily out of line in a small sample given his .941 collegiate percentage.

Cusick came into the summer needing a performance boost. The stuff was there, but the command was hit or miss. This dichotomy was on full display in the shortened season with 17.33 K/9 and 7.25 BB/9 in 22.1 innings.

With the HiToms in the Coastal Plain League, Cusick found his stride. In 23 innings, Cusick put 40 strikeouts (15.21 K/9) against 9 walks. His 1.14 ERA led all starters, and his 12 hits allowed resulted in a .114 batting average against. All told, Cusick was named CPL Pitcher of the Year.

Cusick needs to follow this up with a strong 2021 ACC campaign to cement a first-round spot. However, if this is the last live look that teams get Cusick couldn’t have put up a better impression.

Black dominated Cape Cod last year, to the tune of a 1.47 ERA in 36 innings. His return to Lehigh and aluminum bats wasn’t as dominant, with a 3.68 ERA despite 11.86 K/9. It seemed reasonable that the return to wood bats would see Black return to his overpowering numbers.

In his South Florida Collegiate Baseball League Pitcher of the Year campaign, Black was basically unhittable. In 28 innings, he allowed two runs (0.64 ERA). He never allowed more than 3 hits in an outing (10 total). Finally, he struck out over 40% of his batters, while only walking 10%. Even more incredible, coaches clocked his fastball in the high 90s, topping out in practice at 102 MPH.

Fabian has long been lauded as an all-around center fielder who can do it all. He broke out in the shortened season, putting up a .309 ISO while raising his on-base percentage by 50 points.

This form continued for the Orlando Scorpions of the Florida Collegiate Summer League. A .304/.484/.522 improves on his spring at Florida, while improving his walk-to-strikeout ratio (15-14 in 61 PAs). He even showed off in the field, garnering four assists

If you looked at Frelick’s Sophomore season, it would appear like a disappointment on the surface. A .241 batting average and .794 OPS don’t seem like much to write home about after all. But digging a little deeper, Frelick’s ISO, extra base hit percentage, walk rate, and strikeout rate all improved. The line was driven down by an abysmal .240 BABIP. A turnaround was definitely possible.

Turn around he did. The Futures Collegiate Baseball League Top Pro Prospect and batting champ put up an impressive .398/.473/.592 line. Throw in a 90% success rate on steals and a serviceable 11.6 BB% and you have a player with a solid foundation to build on going into his draft year.

At this point, news about the 2021 Draft slows a bit. Fall Ball at colleges is in question, and pro scouts may have to wait to get live looks at the class. I’ll also be taking a break from Draft coverage, probably until February when Baseball America announces their initial Top 200 list. Until then, we can only wait and see where the Orioles will wind out and speculate who might fall to them next year.