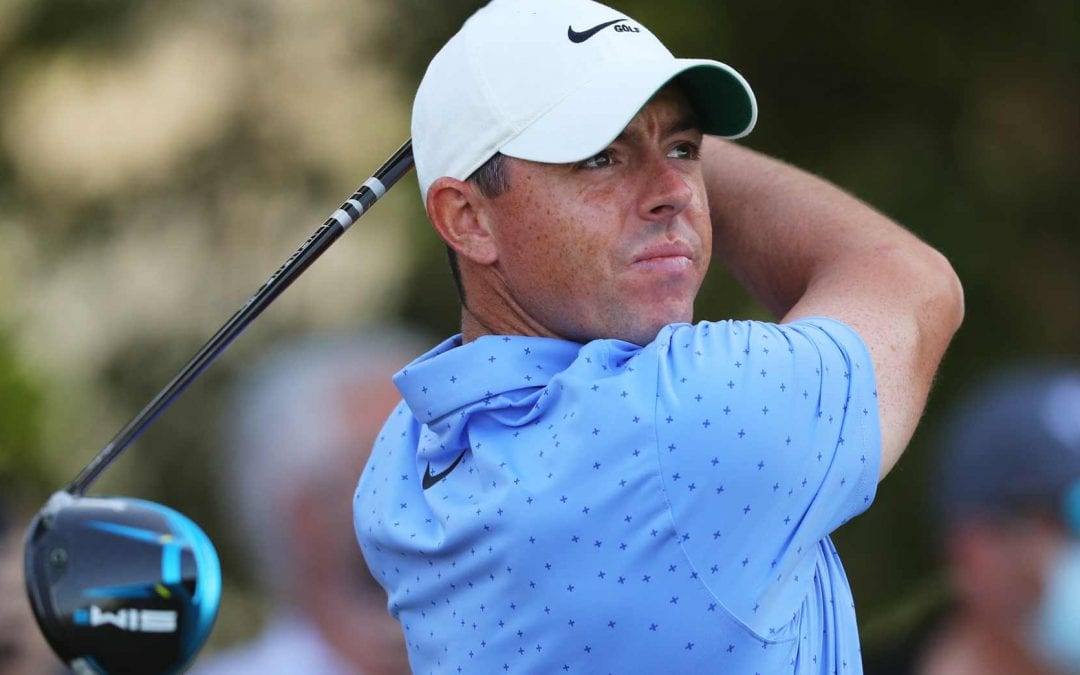 Sometimes in life you get a delicious feeling of déjà vu. Maybe the flowers you planted bloom on the same exact weekend as the previous year. Perhaps that joke you winged in front of co-workers took off in a zoom meeting. It could be something as simple as receiving two Diet Cokes for the price of one in a vending machine. It’s happened to me and there’s nothing like it.

Rory McIlroy’s serendipity comes this week at the PGA Championship down at The Ocean Course in glittering Kiawah Island in South Carolina. Rory likes this place so much that – with a win on Sunday – he might just relocate residence to the Carolinas. Two weeks ago, after a win at Quail Hallow in North Carolina, the Northern Irishman said the Carolina crowd became his favorite in the world. It also helps when you get a trophy, FedEx Cup points and oodles of money. Currency never expires. Rory must’ve felt like his game started on that path a few years ago.

Rory’s a slam dunk Hall of Fame golfer with 19 PGA Tour wins, 14 European Tour wins, a pair of FedEx Cup championships and Ryder Cup moments for days. He can slam his trunk from now until the end of time and go down as one of the more special golfers in golf’s greatest generation. McIlroy’s resume cannot drop to the level of one or two-hit wonders in the majors and beyond. Winning his first two majors of his career, McIlroy stepped on the accelerator and turned off cruise control. Rory became Tiger-like, winning the US Open and PGA Championship by eight. His infamous mop of curly hair acted as a warning shot to the rest of the field. If Rors went low, you had no chance. After his first Tour Championship win in 2016, something unthinkable happened to one of the most consistent performers of the game. He didn’t win.

Whispers became hot takes. Roy hadn’t won a major since late 2014. Still hasn’t. That’s an incredibly tough benchmark for anyone – especially since McIlroy won $20 Million in two tournaments at the end of the PGA season with his pair of FedEx Cups. Rory won The Players, the API and a WGC event over a scalding Xander Schauffele in late 2019. He got married and had a baby and started a life. Those things could alter dominance of professional athletes so accustomed to greatest and to transcend this unattainable level of success. You’d half expect Rory to snap and ask aloud what the people want from him. Even Jack Nicklaus and Tiger Woods went through immense valleys. Do you know how incredibly tough it is to just win one golf tournament?

That brings us to this week near the Atlantic Ocean in the second major of the season on Tour. Bouncing back in the season from August to May as they make room for the inevitable failed experiment of the “playoffs,” the date on the calendar might become the biggest difference between now and 2012. McIlroy exchanged youth and cockiness for wisdom and leadership. He’s a completely different person almost a decade removed from this Wanamaker win.

Still, the signs scream out louder than the sea breeze hitting where the Atlantic takes shape. McIlroy won at Quail Hollow (for the third time) two weeks ago with his wife and baby in attendance as he celebrated success as a champion for the first time since the pandemic. After plodding for a round and change, Rors found the second gear and levitated towards the top of the board. He only won by a shot, but they don’t ask how – only how many – to grant access to the champions club. His daughter Poppy celebrated by screaming her head off, something her father perfected in the early 10’s in Ryder Cup play.

I think a number of professional gamblers can and will finds holes in Rory’s resume to fade him and go after one of the usual suspects in DJ, Jordo, Rahm or others. That’s fair and taken without a picogram of emotion or fate. When those aspects start to flood on the weekend, there’s no stopping the story from coming to fruition. At least that’s what dreamers like myself hope to believe. After all, expect anything different?

Lost in the triumphs and low points of McIlroy’s professional career? His age. He’s still only 32, celebrating it in his now second home state of North Carolina a fortnight back. Remember when everyone wanted Sergio to punch at Tiger’s level? That’s Rory McIlroy.  Serg got his Masters and maybe sneak in another major before he retires to his Texas life. It’s arguable that McIlroy could rev up the engine for another decade plus that includes the actual prime of his career.

It’s not about the money for McIlroy anymore. I’m not quite sure it ever was as he consistently pocketed enough cash and endorsements for a small country to enjoy. All next level athletes want to reinvent themselves to prove they still belong and get in with a chance against the best in the game. Next on the tee, Poppy’s poppy. How cool could this decade become for this family?