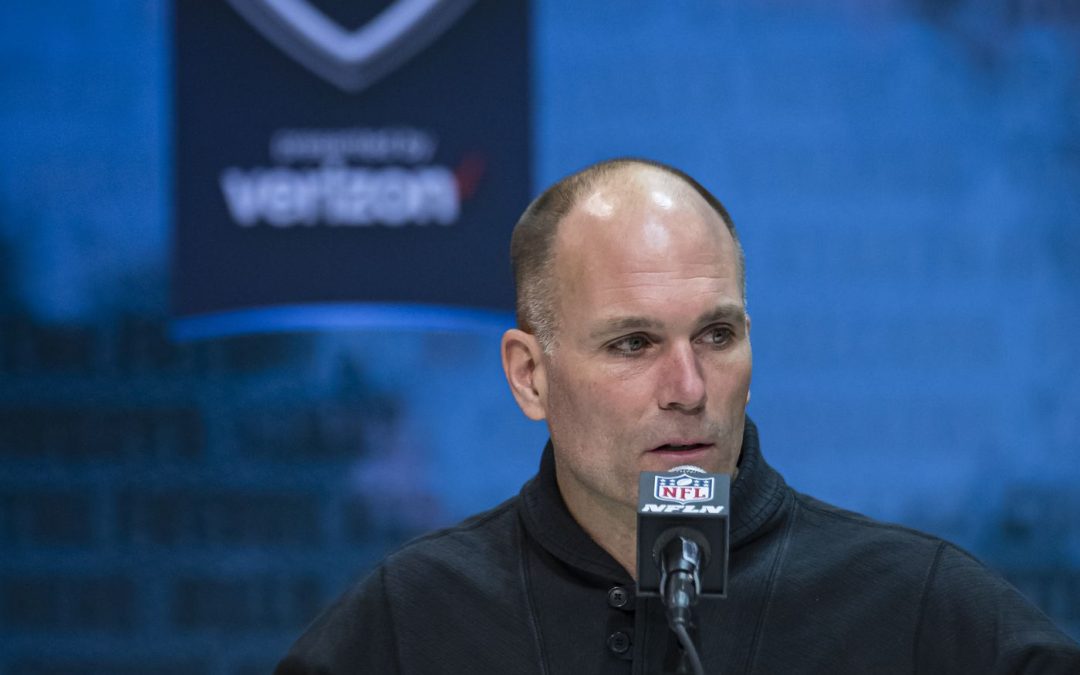 The Baltimore Ravens entered the 2022 NFL Draft with the intention of improving the secondary, the offensive line, and pass rush. Pundits all across the media have applauded the Ravens draft by outlining the amazing value they got at their respective draft slots. DeCosta and the front office are far from done, they love digging into the undrafted free agent pool to further bolster what I believe to be one of the Top 3 draft classes. Below I will outline each pick and offer a brief analytical analysis as well as a letter grade.

Arguably the biggest steal in the first round, Hamilton was a consensus All-American in 2021 and was by far the best safety in the draft. Once viewed as a Top 5 pick, Hamilton ran a slow forty time during his pro day which possibly led him falling to the Ravens. But his “slow” forty time does not show up on tape. Hamilton is a true hybrid safety that can essentially play any role on defense. He can play as a traditional free safety but can also play in the box, more impressively, he played a lot of snaps at slot corner and excelled against top competition. He is a true modern free safety that is needed in today’s NFL where slot receivers are getting harder and harder to defend. This was a true best player available selection by DeCosta and company. Hamilton has graded 75 or higher every year according to PFF. In 2021 specifically, he improved his tackling significantly with a missed tackled rate of only 6.5% which ranked in the top percentile in college football. He was also top percentile in coverage, he only allowed 1 TD while intercepting 3 passes in only 7 games. He gets to go to a defense that is very multiple in their scheme and will only further his already elite game. A true slam dunk pick for the Ravens.

After trading away Hollwood Brown to the Cardinals for their first-round pick (23 overall), the Ravens traded down to 25 with the Bills to select Iowa center, Tyler Linderbaum. Much like the Hamilton, the Ravens select easily the best player at his position. Linderbaum is the highest center PFF has ever charted in their history. His 2020 season saw him reach a PFF grade of 91.5 which is considered elite, but he followed that up with a 95.4 grade where he was in a league of his own. He is both elite against the run and pass; he allowed 2 sacks in 3 seasons and earned elite blocking grades every year. On top of that, he only had 2 penalties during his time in Iowa. Truly as good as it gets at the position, Decosta does it again with another slam dunk selection.

Ojabo reunites with high school teammate, Odafe Oweh, as well as his defensive head coach, Mike McDonald. Ojabo was once viewed as a top 20 pick but tore his Achillies at his pro day which allowed the Ravens to select him in round 2. Ojabo exploded last season with multiple games above a 90-pass rushing grade. His pass rush win rate of 19% was one of the highest marks in college football, he does have to improve in the run defense, he can be a true liability at times. He didn’t even play run defense downs against Georgia. But Ojabo projects as an explosive pass rusher that wins with his athleticism. Hopefully he can make a quick recovery from his injury to help a needy Ravens pass rush. There is a possibility Ojabo can be the biggest steal in his draft if he can return to form.

Another steal from DeCosta and company. Travis Jones was PFF’s 27th player on their big board and the Ravens managed to acquire him at pick 76. Jones is a space eating nose tackle who can also rush the passer. He racked up 25 pressures last season and was a force against the run. A very “Ravens” pick as most pundits have used this phrase when describing Jones. A huge body that can stuff the run ala Brandon Williams, Michael Pierce, Haloti Ngata etc. Jones should be a week 1 starter for the Ravens considering Brandon Williams will most likely not return. Him and Pierce could be a formidable duo in the interior of the defense.

One of the largest humans to ever player football, Faalele stands at 6’9 380 pounds. Playing as a true right tackle in college, Faalele played very well at Minnesota, he graded above 75 as a run and pass blocker. He’ll have to lose weight to play in the NFL but he is an excellent project tackle at the next level. Faalele simply doesn’t get pushed back, he is an anchor but does not play with much aggressiveness. All in all, this was a solid pick for the Ravens as they continue to address the offensive line.

Armour-Davis has only one year of starting experience under his belt due to injuries but he projects very well to the NFL. He allowed only 290 receiving yards in 2021 and had an upper percentile in terms of coverage grade. The Ravens need corner depth like they need air and this was a very good pick. He has the possibility of seeing a lot of playing time early if he can remain healthy. DeCosta and company dip back in the Alabama player pool for another solid pick in the fourth round.

Standing at 6’7, 252 pounds, Kolar was one the most productive college tight ends over the last 3 seasons. He has graded above an 84 every year over the last 3 seasons. Kolar is a glorified slot receiver, that does not give you much as a blocker but it’s a work in progress. But what he lacks as a blocker, he makes up for it with his receiving acumen. Kolar has only 5 drops in his college career and has been a top percentile receiving tight end for all 3 seasons. The Ravens had a ton of success in 2019 when they implemented their 3 tight end looks with Hurst, Andrews and Boyle. Another solid pick by DeCosta in the fourth.

Little bit of a head scratcher this early in the draft. The Ravens definitely needed to replace Sam Koch who is 40 years old now, but this early in the fourth with still so many good players on the board seemed very odd. Stout, however, was highest graded punter in the nation. Love the player just not the spot where they took him, especially with so many other needs like wide receiver left. This pick will probably turn out fine, but they more than likely could’ve drafted him later.

The Ravens double down at the tight end position by selecting Likely. Much like Kolar, Likely is a glorified slot receiver. Likely can run a full route tree, he had an elite 93 grade via PFF last season, he teeters between a wide receiver and tight end. He is a fast tight end and has excellent ball skills but won’t be respected much in the run game. His willingness to block leaves something to be desired. But overall, he is a good player, just curious as to how he will be implemented with 4 tight ends on the roster. Though he does project well and can be valuable in the Ravens multiple offense.

Williams projects as a slot corner at the next level, at only 5’10 and 182 pounds, a little bit of a reach here for the Ravens as he was PFF’s 256th ranked player on their board. Williams did, however, have an elite run defense grade at 91.9 in 2021. A bit of a reach but the ravens love physical corners and just need the depth at an injury ravaged position. Would’ve liked the see a linebacker come off the board instead but I understand why they decided on a corner.

With their last pick of the draft, the Ravens took Badie, an uber productive running back from Missouri. Badie took his game to the next level in 2021, operating as the lead back. Nearly 6 yards a carry and over 1600 yards was enticing enough for the Ravens to make this pick. After all of the running backs got injured last season, drafting a running back seemed like an easy decision. Badie projects as a scatback ala Tarik Cohen or Gio Bernard. A capable receiver and a solid runner. Standing at only 5’8 and 197 pounds, Badie does not have bell cow size for the next level but could be used as a third down running back and will surely be used on special teams. A solid pick to close out the draft.

Loved what the Ravens did in this draft. They truly stuck to their board and got 2 guys in the first round who will be immediate contributors on offense and defense. The Ojabo pick is a little risky but could return tremendous value if he can get return to form. And the Travis Jones pick was one of the biggest steals in the draft. I do wish they addressed the wide receiver position instead of doubling down on tight ends in the fourth round. It’ll be interesting to see how the team will use all of the tight ends after Andrews. The team also addressed cornerback which was good to see as well as a developmental tackle and backup running back. You have to think they will try to sign a veteran like Julio Jones or Jarvis Landry in the coming weeks. But overall, no one can be upset about this draft.