Cionel Pérez might not be as good as he seems 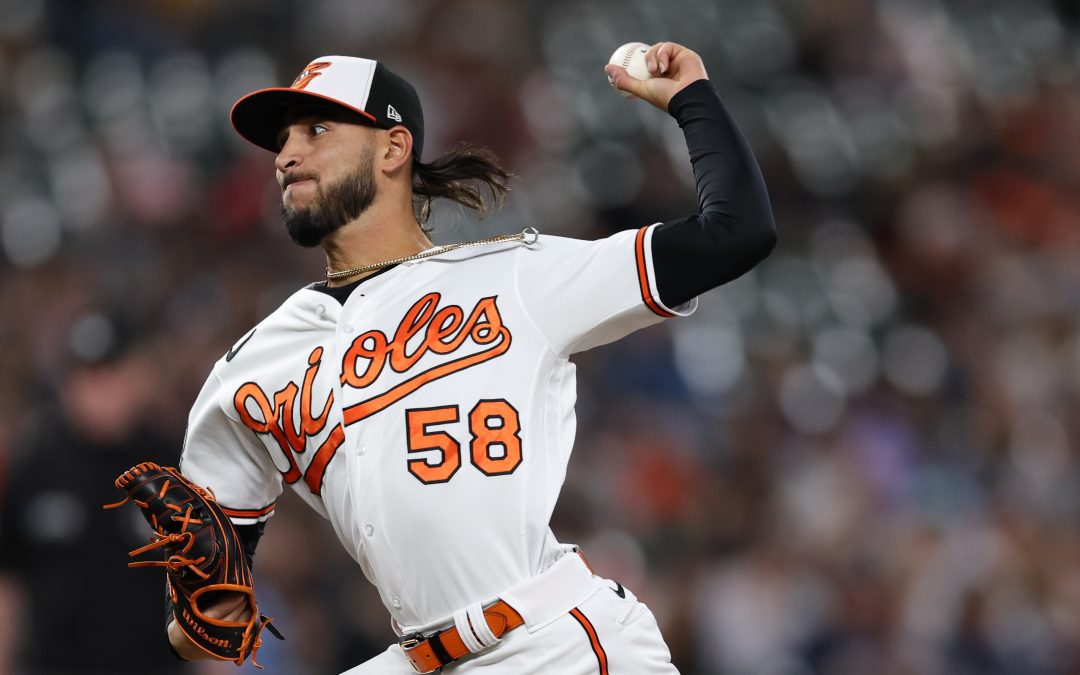 There have been a bunch of exciting and surprising bright spots about the Baltimore Orioles this year, but I think one of the most surprising (at least, for me) has been just how good the bullpen has been.

Between All-Star Jorge López, Félix Bautista, Keegan Akin, Dillon Tate, Joey Krebhiel, and Cionel Pérez, the Orioles have six relievers all with an ERA under 3.00, and three of those guys—López, Bautista, and Pérez all have an ERA under 2.00.

It’s been amazing, but of course the question is, just how real are all these numbers? I think a handful of these guys are totally legit. López’s revamped repertoire is working wonders, Bautista looks fantastic, but the guy I want to talk about right now is that other guy with a sub-2.00 ERA—Cionel Pérez.

Pérez arrived on the Orioles as a waiver claim from the Cincinnati Reds, a team with whom he pitched 24 innings to the tune of a 6.38 ERA last year. Before pitching for the Reds, Pérez spent his career with the Houston Astros, who signed him as an international free agent in 2016 (coincidentally, who was working with the Astros in 2016? Mike Elias, of course).

There were plenty of attempts to make Pérez a starter in the minors, and some seasons worked out better than others. In 2018, through 68.1 innings and 11 starts in Double-A with Houston, Pérez posted a 1.98 ERA and looked great.

But in the majors, Pérez has always been a reliever, and it wasn’t until he was with the Reds last year that he got a sizable number of innings and…didn’t do super great.

But now Pérez is with the Orioles and he has been fantastic. He’s posted a 1.35 ERA through 33.1 innings and 39 games with 14 holds, he hasn’t been as flashy as someone like Bautista or López, but he has been absolutely rock solid.

The problem is, a deeper look at his numbers make me a little nervous about what the future might hold for him.

In essence, Pérez is a two-pitch pitcher, which is pretty common among relievers, mainly throwing a fastball and a slider. He does throw a sinker sometimes, but it’s so rare, it’s just not really a major part of his arsenal.

I’ve always believed that virtually every single pitcher in the major leagues has at least one pitch that, when you see it, you think, “oh so that’s why this guy is in the majors.” For Pérez, that pitch is his slider.

It’s a pretty nasty pitch, and it’s his main putaway pitch (for good reason—look at that thing). And it’s been working pretty well too—posting a 36.4% chase rate and a 14.4% swinging-strike rate (both of which are excellent numbers) alongside a .284 wOBA and .064 ISO against.

And, as I mentioned, Pérez also has his fastball, which clocks in around 97 MPH on average and can ramp up to 99 at times.

It’s not a strikeout pitch—fastballs often aren’t—though it has worked fairly well as a swing-and-miss pitch, posting a 12.6% swinging-strike rate, which is pretty great for a fastball.

So why in the world, given all of this, am I worried about Cionel Pérez? The answer to that is a two-parter.

First, the simplest and most obvious answer, Pérez’s control. Or really, his lack thereof. Remember that awesome slider he has? It’s also got an 11.6% walk rate so far this year. And his fastball comes with a 7.6% walk rate.

In fact, overall, Pérez is posting a 9.6% walk rate right now. For context, the starting pitcher with the worst walk rate in baseball right now is Dylan Cease, whose walk rate is 10.6%. The second worst is JT Brubaker at 9.4%. And Cionel Pérez’s walk rate is 9.6%.

When you’re a starting pitcher, you can get away with walking a somewhat high number of guys sometimes—it’s not ideal, but you can do it. Cease is a good example—despite having the worst walk rate in the league, he’s sitting on a 2.03 ERA with a 33.4% strikeout rate, good for second best in all of baseball.

But when you’re a reliever, walking a lot of guys is not great, especially when you’re someone like Pérez who’s coming into games in fairly high-leverage situations. It’s worked out so far for Pérez, but that past success doesn’t always predict future success.

The second thing that worries me about Pérez—I think he’s been getting a little lucky.

If you’re not overly familiar with the way Statcast does what they call “expected statistics,” the basic version is Statcast looks at every ball hit and bases what that ball would be “expected” to do based on its launch angle and exit velocity. It’s essentially the probability that a ball will become a hit based on what other balls have done in the past. That data can be applied across the board to determine expected batting average, slugging percentage, ERA, etc.

If you take a look at the pitchers with the largest difference between their actual ERA and their xERA, you’ll notice someone familiar at the top of the leaderboard—Cionel Pérez. His current ERA is 1.35 but his xERA is a whopping 4.36.

What’s accounting for the difference? Luckily, it’s not his slider. There is a bit of a gap between the actual and expected stats against Pérez’s slider, but it’s not huge.

The problem lies in his fastball. Pérez’s fastball has a batting average against of .237, but an xBA of .275. The pitch’s ISO against is .136, but it’s xISO? That’d be .224. In other words, hitters have been making pretty good contact against Pérez’s fastball, and he’s been the benefit of some good fortune.

Now, I want to caution by saying that expected stats are not the almighty word of the baseball god, they’re not always necessarily harbingers of doom. It’s very possible for a pitcher or hitter to beat out their expected statistics all year, and as an Orioles fan, believe me, I hope Pérez does that.

The main point here is two things—Pérez has had control problems and he’s been the benefit of some good luck. Those two things combined make me a little nervous about what Pérez might look like going forward.

Ben Palmer has lived in Maryland his whole life and currently spends his days working as a health care journalist. He also previously wrote for and was a site expert for the FanSided blog The Baltimore Wire and currently works as managing editor at Pitcher List where he writes about fantasy baseball.