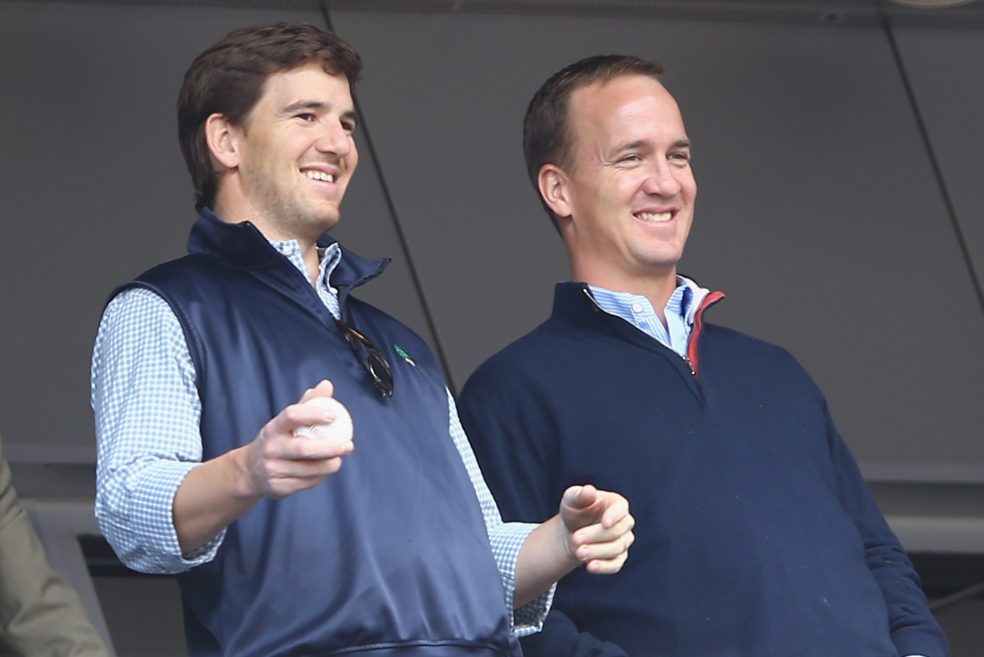 Call this week a split decision for ESPN, as the channel grabbed a big, splashy win in finally snagging Peyton Manning for “Monday Night Football” (sort of), while taking a big, ugly loss in watching Maria Taylor scoot from its ranks seconds after anchoring NBA coverage.

The Worldwide Leader tersely announced Wednesday that contract talks with Taylor, who was a part of NBA and college football and basketball coverage broke down, thus ending her run after Tuesday’s NBA Finals Game 6 telecast.

Taylor, 34, who reportedly sought a $5 million deal to stay at ESPN, will reportedly jump to NBC, perhaps in time to be a part of the network’s Olympics coverage over the next three weeks.

If she doesn’t get to NBC in time for the Olympics, Taylor will almost certainly have a central role in its NFL plans, maybe as host of “Football Night In America,” or someday as sideline reporter on “Sunday Night Football,” television’s most watched program.

Wednesday’s announcement closes a brief, highly-publicized episode that ESPN officials would doubtless like to have back, where a dust-up between Taylor and Rachel Nichols was laid bare for the public to witness.

A recording of Nichols pooh-poohing Taylor last year surfaced earlier this month as a part of a New York Times story, complicating their relationship and contract talks between Taylor and ESPN, which did not announce how it will replace her on “College Game Day,” “NBA Countdown,” or its NCAA women’s basketball coverage.

Meanwhile, ESPN’s pursuit of Manning for its flagship telecast has been legendary in sports media circles since he rode off into the sunset after leading Denver to a win in Super Bowl 50.

Of course, ESPN wasn’t the only entity to want a piece of the affable and TV-friendly Manning. Supposedly, all of the NFL’s broadcast partners (CBS, Fox, NBC) have shown interest in Manning and there have been rumors that Amazon, which is about to launch a Thursday night package, wanted to sign him to man their booth.

But Manning showed an escapeability from network executives that he never displayed from pass rushers. That is, until ESPN, with whom he’s been partnered on a successful streaming series, approached him with something different.

Under the three-year deal struck between ESPN and Omaha Productions, Manning’s production arm, Peyton Manning and his brother, Eli, the former New York Giants quarterback, will provide alternative commentary on 10 games per season.

Using the “Mega Cast” format employed for the college football playoff, the Mannings will not only provide analysis of that week’s game, but also of goings-on around the league with a host to be named and with celebrities and athletes.

The Manning-Cast, which launches with the Ravens-Raiders season opener will air on ESPN2, though it could also be distributed on ESPN+. The commentary will not originate from the game site.

ESPN officials took great pains to lay out that the Manning-Cast will not interfere with the regular “MNF” telecast, which will air each week on the main ESPN channel and occasionally on ABC, as in that first week.

That’s likely to be of little comfort to analysts Brian Griese and Louis Riddick, who appear to be keeping their seats warm until either Manning – preferably Peyton – can be convinced to make this a full-time gig. And, if you’re the station manager of an ABC outlet, say Baltimore’s Channel 2, you can’t be pleased with the concept of having your audience siphoned off.