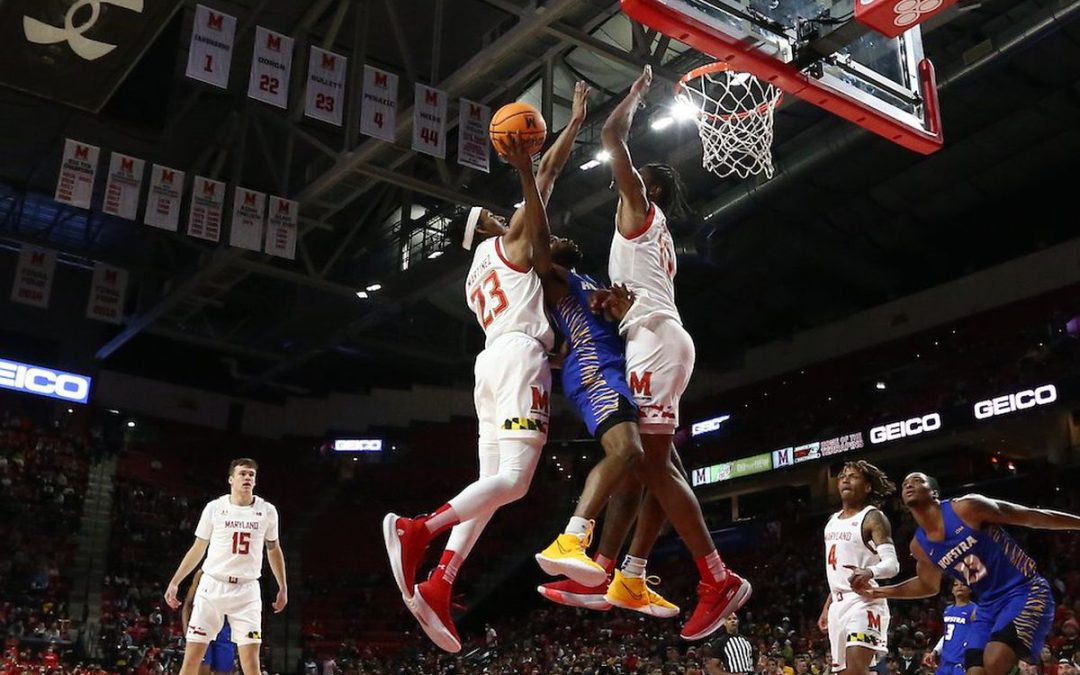 Rough 1-1 week for the Terps last week as they lost to local mid-major George Mason and barely pulled out a win against Hofstra — both at home.

It certainly hasn’t been the start to the season that Mark Turgeon’s team would have hoped for, but the upcoming schedule provides more than enough chance for redemption.

This week the Terps will head to the Bahamas for the Baha Mar Hoops Event that starts on Thanksgiving. This will be a competitive holiday tournament with a four-team field that consists of Richmond, Mississippi State, Louisville and Maryland.

The Terps will take out Richmond in the first round of the holiday tournament. This was already going to be a tough matchup for Maryland but it’s even more worrisome now with the Terps struggling already with mid-major teams that don’t have the talent that the Spiders have.

Richmond returns most of its starters from last year’s team that finished 14-9 with wins over Kentucky and Loyola-Chicago. The Spiders’ coach Chris Mooney is a good one and he has arguably his most talented roster to date this season.

Don’t let Richmond’s two early season losses fool you. If anything, the Spiders’ 3-2 record could make them even hungrier in their matchup against the Terps. Richmond’s losses this season are to Utah State and Drake, which rank 66th and 53rd, respectively, according to KenPom. Richmond is currently ranked 65th and Maryland is 41st. Richmond’s loss to Utah State was by 11 and came on a neutral floor, while the three-point loss to Drake occurred on the road.

The Spiders aren’t much for defense, ranking 117th in the nation per KenPom. But their offense is on point as the 36th-best in the country.

That offense is led by two high-scoring forwards Tyler Burton and Grant Golden, who are averaging 19.3 and 18.8 points per game, respectively. The 6-foot-7 and 6-foot-10 Richmond leaders can also rip down the boards, averaging 13.5 rebounds per game combined.

The Spiders are particularly deadly from three and rank 25th in the country in 3-point percentage at 40.9%. They also protect the ball excellently with a turnover percentage of just 14.8, which ranks 30th nationally.

Conversely, Richmond is the exact opposite on defense. The Spiders give up a ton of threes and don’t force a lot of turnovers, which should give Maryland the chances it needs to get the win. RIchmond’s offensive numbers are nice, but they haven’t faced a team as long and athletic as Maryland yet. Because of this, I’m going to give the Terps a slight edge and pick them to make it past the first round of the Baha Mar Hoops Event.

Maryland’s next game of the holiday tournament in the Bahamas will either be against Louisville or Mississippi State. Louisville was expected to be the significantly better team, but an early season, overtime loss to Furman has that in question. The Cardinals are 3-1 and the Bulldogs are a perfect 4-0 so far this season. Mississippi State ranks in the top 50 in both offensive and defensive efficiency according to KenPom, while Louisville is struggling a bit on offense with a ranking of 82 and contending with the 37th-ranked defense.

Chris Mack’s Louisville team looks suspect so far this season. With a loss to Furman and a couple of close calls against even less worthy non-conference programs, the Cardinals are not heading to the Bahamas in top form. But their lineup led by senior transfer from Florida and Baltimore native, Noah Locke, is still dangerous if it gets going.

Averaging 16 points per game, Locke is Louisville’s leading scorer, and by a wide margin. No other Cardinal is averaging more than 9 points per game. Louisville is going to need some kind of supporting cast to step up if it wants to advance past a Mississippi State team that is balanced at both ends of the floor.

Opposite of Louisville, the Bulldogs are getting it done with a spread out offensive attack. Four Mississippi State players are averaging double figures with junior point guard Iverson Molinar leading the way with 15.8 points per game. Molinar is also stuffing the stat sheet with 5.3 assists and 4.0 rebounds per game.

Shakeel Moore (13.8), Garrison Brooks (11.5), and D.J. Jeffries (11.3) are Mississippi State’s next biggest offensive threats with Moore and Jeffires being the best perimeter shooters on the team. Mississippi State is a team loaded with shooters, and despite what I may have thought a few weeks ago, I think the Bulldogs are primed to beat the Cardinals in the first round of the Baha Mar Hoops Event.

Either Louisville or Mississippi State would provide Maryland with its best test of the season — even more so than Richmond, which is another tough matchup. Regardless of outcome, the one thing that is guaranteed for the Terps is that they’re going to leave the Bahamas with more experience and more war scares than they entered with.

Win the tournament and I think a lot of people will forgive and forget the George Mason loss. Put up a poor showing and get shown up by another mid-major and a middling high-major program, well, then it could be a long year.

Happy Thanksgiving, everyone! Enjoy the games.