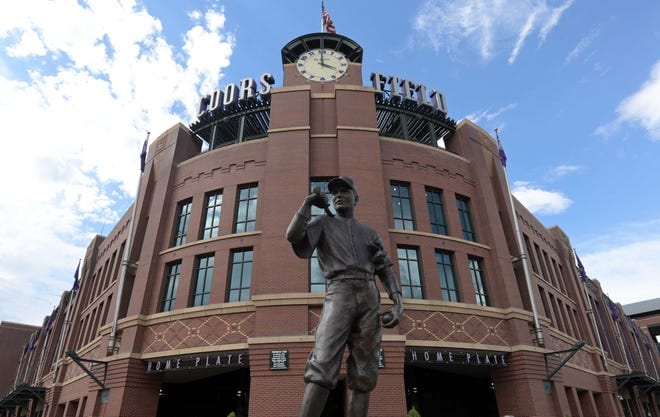 Major League Baseball likes to portray itself as this entity that is intertwined with the fabric of our country. “National Pastime” and “America’s Game” are two phrases that many writers, fans, and the industry use to describe the game and its importance to the culture of the United States. And, to a degree, that romanticism is justifiable. The game’s pace allows for conversations in between those moments of great intensity. The history, the numbers, and the personalities make for a nice highlight reel. Baseball fans can often relate those moments on the field to the happenings of their life.

Every April 15th, Major League Baseball celebrates the legacy of Jackie Robinson. The celebration of the life and impact of Mr. Robinson is definitely needed and should have a much bigger scope than just every player wearing the number 42 for the day. But, the celebration is also typical of a business doing a publicity stunt rather than truly promote what that day should represent. While Robinson played through unimaginable conditions, the sport did nothing to support him. Instead, it relied on individual players and teammates to maybe take a stand with Robinson. He was harassed, threatened, and, many times, even worse. Gradually, Major League Baseball became integrated. But, that integration wasn’t made out of a sense of fairness and equity. Instead, it was about keeping up with the competition.

If that last statement wasn’t true, how could Major League Baseball allow its teams to travel to the Jim Crow sections of the South and have players stay at different hotels? The entity—the business—of Major League Baseball did nothing about it. It stood by in indifference. It allowed its players to be harassed, threatened, and worse. It made no statement about what was going on in the world. They did nothing other than keep playing a game. If an industry is woven into the fabric of society, doesn’t it have an obligation to that society?

Even when Jim Crow laws were abolished, racism existed. Whether it was stories from players detailing issues in certain cities to Hank Aaron receiving death threats for having the audacity to break Babe Ruth’s home run record, the business stayed silent and did nothing to publicly support players and the communities from which they took their revenue.

It even took until December of 2020 for Major League Baseball to officially recognize the Negro Leagues as a professional baseball league, finally counting the statistics of Josh Gibson and the countless other players who were victims of systemic racism and prevented from playing Major League Baseball. And, even then, the Negro League statistics won’t be seen as equal as MLB is trying to figure out what to do with them. That means Josh Gibson will never be the All-Time home run leader or even be in the conversation as such. While there are likely many counters to this point, nothing can counter that the only reason this league wasn’t recognized a long time ago–remember, MLB commissioned a committee that recognized other leagues as professional in 1969–was pure racism.

Major League Baseball has always stood by in silence, even as last year’s events unfolded with the killings of George Floyd, Breonna Taylor, and Jacob Blake. The NBA, as an entity, became vocal in its protest, from court decoration, uniform names, and even cancelling playoff games. We all know that the NFL never does anything other than blackball players who have the courage to protest, but at least the NFL is consistent. They are there for the money. It doesn’t market itself as the National Game. But, Baseball sat quietly, only having individual players stand on their own.

When Georgia passed its new voter registration laws that are meant to block people of color access to voting, attention immediately turned to the fact that this year’s All-Star game was set to be played in Atlanta. In atypical fashion, Commissioner Rob Manfred acknowledged that he was in discussion with the Players Union about the All-Star game. On Friday April 2, 2021, just one day after Opening Day, Major League Baseball announced that it was moving the All-Star game out of Georgia because of the controversial law. Shortly after, it announced that it will take place in Colorado.

The selection of Colorado is not by accident. Colorado is often lauded for its access to voting, boasting one of the highest early voting turnouts and its stellar record against voting fraud. It was a move that actually stood for something and made a point. Georgia officials may not like it, but if we are to believe that their voting systems aren’t fraudulent now–as their Republicans leaders say–why are they changing a system that is supposedly working just fine? It simply doesn’t make sense. Republican Governors may not want to throw out ceremonial first pitches now, but the fallout is worth the stand.

This wasn’t a decision that was easy for Major League Baseball. It’s a point that shouldn’t be forgotten. Moving an All-Star game with all of the preparations isn’t easy. Add in all of the COVID protocols, the decision is even more difficult. Add in the fact that MLB is honoring Hank Aaron at the All-Star Game this year, the decision to move out of Atlanta is even more difficult. But, how could MLB honor Aaron in a place that just passed laws to suppress voters?

Major League Baseball doesn’t deserve accolades for this action, just like they didn’t deserve accolades for finally recognizing the Negro Leagues as a professional league. But, this is a monumental step in the right direction for the business. It finally took a stand on a long standing cultural problem. As an industry that markets itself on being the fabric of our society, it finally decided to join society.

This stance will test the industry because it is far from over. Systematic racism and repression will not end because of one All-Star Game. There will be more issues. There will be more injustice. Hopefully, this is the beginning of Major League Baseball realizing its societal responsibility and actually caring more than just about the bottom line. It’s doubtful, but this past week gives just a bit of hope.