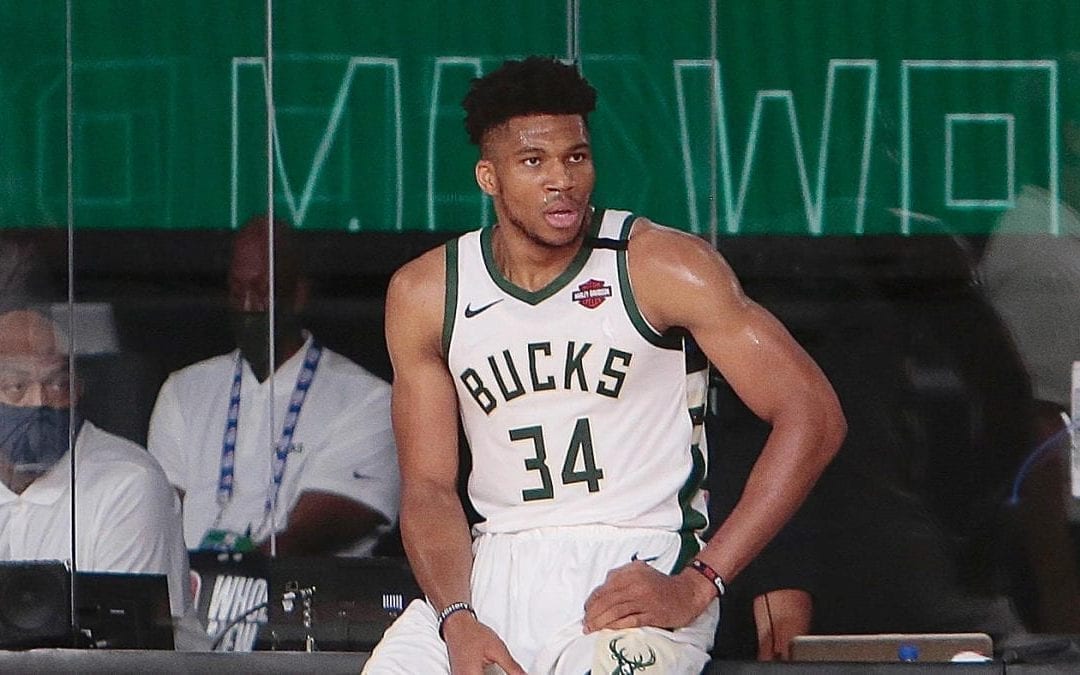 After what was an extensive postponing of the season, the much anticipated 2020 NBA Playoffs are finally underway. As the first round begins, the eight teams representing the Eastern Conference take center stage in Orlando sharing one distinct goal: to hoist the coveted Larry O’Brien trophy. With the chance at a championship on the line, here are my key storylines, x-factors, and series predictions for each matchup in the NBA Eastern Conference bracket.

Entering the postseason as the #1 overall seed for the second consecutive season, the story for the Bucks is simple: Can Giannis lead Milwaukee to the Finals as a solo superstar? For the last two seasons there have been rumblings around the possibility that Antetokounmpo could leave in free agency to a team like the Miami Heat or dare I say the Golden State Warriors when he becomes an unrestricted restricted free agent in the summer of 2022.

But 2022 is long ways away and the NBA reigning league MVP is on another MVP campaign posting a career-high 29.5 points and 13.6 rebounds per game as he led to a 56-17 season. In a series against a young Orlando Magic team missing their potential Defensive Player of the Year candidate in Johnathan Isaac, this is the chance for Antetokounmpo and the Bucks to put the league back on notice.

Despite having the league’s best record, the Bucks are coming off of a 2-6 stretch in the eight-game bubble with only one win over a team that is currently in the playoffs (130-116 win over Miami). This underwhelming performance has raised questions regarding the Bucks’ chances of being a real championship contender in the East amongst other heavy weights like the Boston Celtics and Toronto Raptors. Handling the Magic in four or five games would be just the kind of jumpstart Milwaukee needs to get themselves back on track.

In a series that favors Milwaukee significantly, all the X-factors lie with the Orlando Magic who are entering this series undermanned and coming off a difficult eight-game restart to the NBA season themselves (3-5 in the seeding games). With Isaac out and nobody else really capable of holding down Antetokounmpo on the defensive end, the Magic’s only chance will be if they can simply out score the Bucks.

Milwaukee is 8th this season in opponent’s points per game (108.8 points), but the Magic come in with the 5th best defense in terms of points per game (108.3 points). The Magic also have six players (seven if you count Isaac) that are averaging double-digit points with center Nikola Vucevic leading the way with 19.6 points. The backcourt of Markelle Fultz and Evan Fournier will need to come up huge in the scoring department for the Magic if they want any chance of hanging around for more than four or five games.

Prediction: Milwaukee Bucks in 5; I think that Orlando will be able to steal a game but the loss of Isaac and the lack of playoff experience from Fultz and Fournier pose concern in terms of whether or not they can rise to the occasion. I also believe that the combination of Antetokounmpo and Khris Middleton is too much for the Magic to handle on the defensive end. Bucks get back on track and win big.

Somehow the Raptors continue to be the NBA world’s biggest underdog. Despite coming off an NBA championship victory over the Golden State Warriors, Toronto entered this season with a chip on their shoulder as they watched star forward and two-time finals MVP Kawhi Leonard leave for the LA Clippers. Nonetheless the Raptors have not only risen to the occasion but have also surpassed expectations. With a record of 58-24 and a 7-1 record in the seeding games (all seven teams are in the playoffs), Toronto looks like the hottest team in the playoffs and now they face off against the most undermanned team in the Brooklyn Nets.

Brooklyn may have set the NBA world ablaze when they beat the Bucks 119-118 without a single starter playing, but over the course of a seven-game series, this team does not match up well. The X-factor in this series is Caris LeVert who will get to use this postseason opportunity to showcase whether or not he can be the third star behind Kyrie Irving and Kevin Durant for the foreseeable future. The Raptors are the second-best team in terms of overall team defense efficiency only behind the Milwaukee Bucks which will make things difficult for LeVert as the team’s only true scoring threat. Hopefully, Jamal Crawford will make a much-anticipated postseason appearance after suffering a strained hamstring in the game against the Bucks. Otherwise this just looks not too competitive and will be easy picking for Kyle Lowry and the Raptors.

Prediction: Toronto Raptors in 5; After seeing how the Nets competed in the final game of the seeding games against the Portland TrailBlazers, I believe that Caris LeVert can steal them a game. Unfortunately for them, the fire power of Lowry, Pascal Siakam, Fred VanVleet, Marc Gasol, Norman Powell, and others just looks too overwhelming for this Brooklyn team to handle. The Raptors make a statement with a decisive series win over the Nets.

Probably the most interesting series in the Eastern Conference. A battle of two teams who have gone at it the last two seasons and are now tied at one series win a piece. In a rubber match between two of the best young rosters in the league, this truly is a star-studded matchup. On one side there are the Boston Celtics who stroll in with Kemba Walker, All-Star Jayson Tatum, Jaylen Brown, and a healthy Gordon Hayward. When you just look at the fire power alone this team looks like the best all-around team in the East.

That does not even include Marcus Smart who is an elite defender, Daniel Theis who has given them quality minutes at the center position or factor in the litany of different lineups that they can throw at you on any given night. This team is armed and dangerous as they enter this series 5-3 in the seeding games and are starting to slowly pick up from where they left off before the season postponing.

On the other side are the Philadelphia 76ers who have a healthy Joel Embiid, Tobias Harris, and former Celtics center Al Horford. The big question for Philly will be how they can perform in the series without the assistance of All-Star point guard Ben Simmons who suffered a knee injury against the Washington Wizards. Since losing Simmons, the Sixers have gone 3-2 in their last five and enter this series 4-4 in the seeding games.

With no real way to gauge the trajectory of this team, Philly is a huge wild card because we do not really know what they will look like in a competitive seven-game series without their lead point guard at the helm. Joel Embiid playing at an All-Star level, Tobias Harris living up to five-year $180 million contract and Shake Milton stepping up in an accentuated role as the team’s new lead point guard are all boxes the Sixers will have to check off if they even want to stand a chance against the Celtics.

Prediction: Boston Celtics in 6; It all comes down to the more discipline and defined team winning over the team that has too many questions needing answers. The Celtics come in with players who all know their roles and know how to thrive within them. The 76ers have too many “what ifs” that need explaining and unfortunately, I think that Ben Simmons or not, a first round exit this year could end up costing coach Brent Brown his job.

So many interesting factors to take into consideration. There is the individual matchup between TJ Warren and Jimmy Butler as the rivalry continues. The youth of the Miami Heat who rely heavily on the offensive production of guards Duncan Robinson, Tyler Herro and Kendrick Nunn who all lack playoff experience. Then there are the Indiana Pacers who bring back Victor Oladipo but will be missing their All-Star forward Domantas Sabonis who is dealing with a severe case of plantar fasciitis.

These teams to me are evenly matched and I think the series will come down to the big shot capability of the Miami Heat’s young guys. If Robinson, Herro and Nunn can hit shots consistently on a nightly basis, this series will go down as a thriller in seven games. If not, the Heat could be facing an early deficit that Jimmy Butler may or may not be able to pull them out of. The guard play of Oladipo and Malcolm Brogdon is huge for the Pacers as they will need them to score at a high rate to make up for the missed production of Sabonis.

Not the sexiest matchup in the first round, but it has the makings of a great wire-to-wire series.

Prediction: Miami Heat in 7; I believe that Jimmy Butler is the kind of team leader that can motivate the young guys of this Heat to play up to and above their potential with the chips on the line. I think the comradery of Miami will show its hand in this series and Jimmy Butler will gain the upper hand in his entertaining beef with Warren. The Pacers had another excellent run to the postseason, but I think they are still another piece away from being a true Eastern Conference contender.