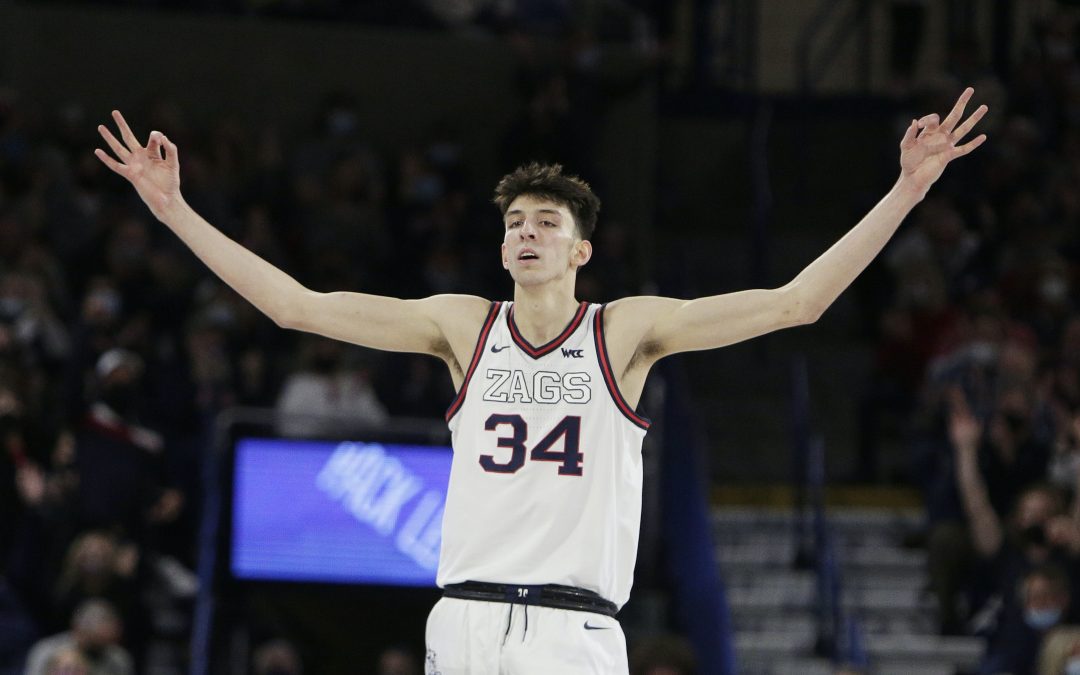 The NBA Draft is here, which means; MOCK DRAFT TIME!

This year’s class is very young with high potential (it seems like we say this every year), but I’m not sure if the talent pool is strong enough to make GMs confident they’ll find the next NBA Superstar.

Because of that, I think we’ll see a lot of trades early in the draft. Many of the teams in the lottery are young and filled with players who haven’t had the opportunity to show if they are worthy of substantial responsibilities.

The Magic are still undecided on what they will do with this pick and have stated they are open to offers. But, outside of that, the Magic have a young team, and it’s time to bring some veteran talent in.

Everyone in the basketball media world is a fan of Holmgren. Jay Bilas has even compared the seven-footer to Giannis Antetoukounpo.

I believe Smith Jr fits this roster better than Holmgren, but the Rockets need size. So don’t be surprised if a trade for Holmgren happens.

A perfect sidekick for D’Aron Fox. Both are very talented athletic ballplayers that play with a chip on their shoulders. This could have the potential to be the best pick of the draft.

It doesn’t matter where this kid goes, he will make an impact. Murray’s game is crisp, and he has the potential to be rookie of the year.

Like the Magic, the Pacers are already loaded with high-potential young talent. They could use this pick to find a combo guard, such as Bennedict Mathurin, but with Buddy Hield and TJ Warren, it could get crowded at that shooting guard position.

The Trailblazers traded away CJ McCollum, who helped create one of the best backcourts in the NBA alongside Damian Lillard. Mathurin is a much more explosive guard and can shoot the longball.

Daniels is the first player off the board from the G-League. Daniels has a mature game and could add more length and explosive to the Pelicans lineup.

We all know that to play with Pop, you must show some commitment to defense. While the Spurs have struggled to reclaim their supremacy in the western conference, a player like Sharpe could add a different energy to the team with his relaxed demeanor but tenacious in-game play. Sound familiar?

Rumors have been swirling that Bradley Beal may be on his way out of DC. However, I think there may be some reality to this rumor. The Wizards haven’t shown much of commitment or direction in the last few years, which could lead to a big trade, including the All-Star guard.

Dieng can play on the perimeter, but we haven’t seen him do it against NBA-caliber competition. In addition, the Knicks and Julian Randle have had disputes this past season, which could lead to a new direction in the paint.

Yes, another trade, but trades are fun. The Thunder could sit tight but already claiming their top-three pick. I suggest going after more overall talent and using the value of a second lottery pick.

Giving LaMelo Ball a player like Williams is nothing short of necessary. He is a 7’2’’ specimen that can make things more accessible inside the paint. Mix that size with Ball’s ability to make players better. This could be one of the best picks in the draft.

Griffin was one of my favorite players in college last season. He is a force on both ends of the floor, with a very solid offensive game. Dropping to the end of the lottery will surprise most, but I see this as the best situation for the young man to flourish.