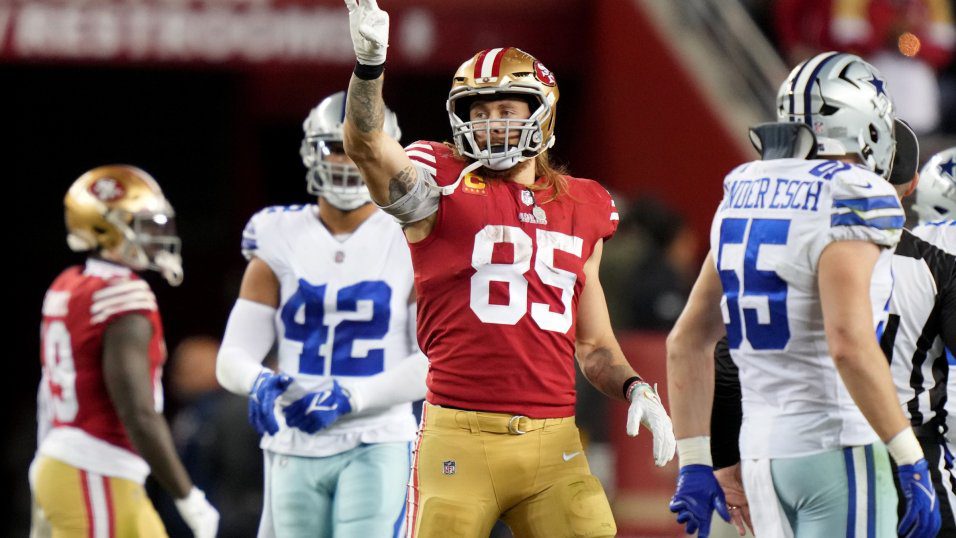 The NFL Divisional Round gave us plenty to ponder as four teams remain and four teams were sent home.

It’s time to take a quick look back at all of the action from the weekend.

KC: Patrick Mahomes may not have posted the gaudiest stat line of his postseason career, but perhaps it was a performance that signifies exactly what type of competitor he truly is. His 195 passing yards and two passing touchdowns on a high ankle sprain was truly impressive. Equally impressive was Travis Kelce’s 14-reception, 98-yard and 2-touchdown performance, who continues to add to his future Hall of Fame resume. Not to be overlooked, was Chad Henne’s brief 5-of-7 outing for 23 yards and a touchdown, which showcased head coach Andy Reid’s coaching prowess. The Chiefs have now advanced to their 5th straight AFC Championship game, which is an incredible feat in its own right, but it’s highly unlikely that Mahomes will be at 100 percent for their upcoming showdown against the Bengals.

JAX: The Jaguars had a golden opportunity to knock off the top-seeded Chiefs in this contest, but simply failed to the big plays necessary to truly take control of this game. Drops by the likes of JaMycal Hasty and Christian Kirk and a fumble by Jamal Agnew all potentially took points off the board, while a dropped interception by Foyesade Oluokun could’ve taken points off the board for the Chiefs. The Jags took a big step in the right direction this season and will learn from this tough loss.

PHI: He’s back. Quarterback Jalen Hurts avenged his postseason dud from last season by playing a clean football game and quickly reminded everyone how dominant the Eagles are capable of being. The offensive line enforced their will. Their playmakers made plays. The defense got after the quarterback. The Eagles looked like the complete team we all thought they could be and are one win away from their first Super Bowl appearance since 2018.

NYG: Despite the clunker to end the season, the Giants had a great season and appear to have a very bright future under new head coach Brian Daboll. The team will have to make two major decisions regarding pending free agent quarterback Daniel Jones and running back Saquon Barkley.

CIN: The sheer fact that the Bengals’ offensive line, who were missing three starters on Sunday, gave up only 1 sack and dominated the Bills’ defensive line up front on its way to rushing for 172 yards, means they clearly came to play. Joe Burrow was exceptional again and has his team feeling like a potential road favorite heading into its AFC Championship game rematch against the Chiefs.

BUF: The Buffalo Bills 2022 campaign can be described in one word… Disappointing. The offense was never able to find its rhythm, evident by the fact that Stefon Diggs appeared to be expressing some frustration in the direction of quarterback Josh Allen. The Bills were thoroughly outplayed, which must have some wondering if Sean McDermott is the right coach to get this talented group to the Super Bowl.

SF: While the Niners’ offense came back down to earth in this one, quarterback Brock Purdy still managed to make enough plays to get the second postseason win of his young career. George Kittle made possibly one of the best plays of his career with a bobbling reception in the second half that helped generate the go-ahead score later on the drive.

DAL: The Cowboys lost this game due to the play of the quarterback position. It is that simple. Dak Prescott’s costly two turnovers and multiple missed throws were the reasons that the Cowboys only generated 12 points. The Cowboys’ defense and special teams played well enough in this game to give this team to punch their ticket to the NFC Championship game. Instead, they’ll find themselves watching the contest from home for a 27th straight time.