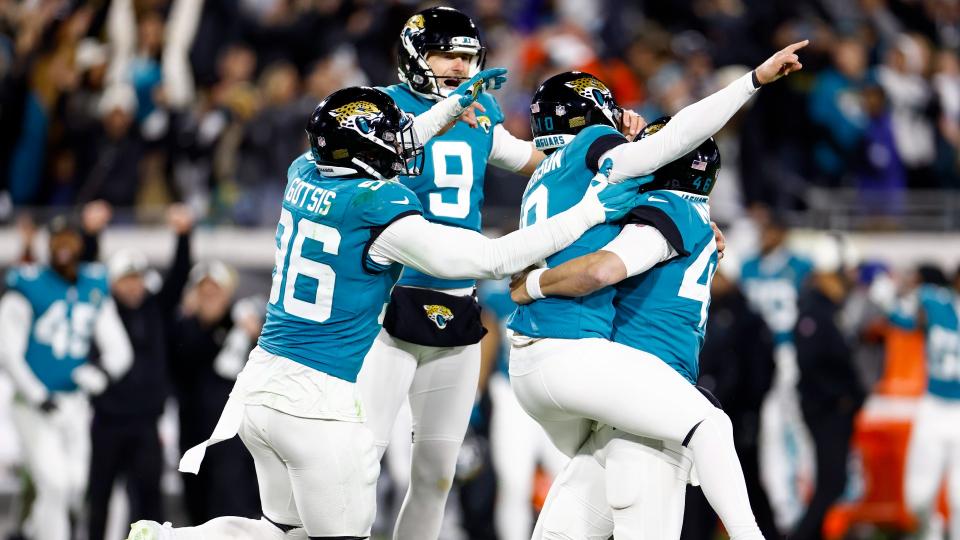 Super Wild Card Weekend is officially in the books, and it gave us a little bit of everything over the action-packed three days.

Historic comebacks, historic performances and plenty of ‘what if’ scenarios are just some of what made this weekend’s action so memorable. Let’s dive into it.

SF: When you watch the San Francisco 49ers play football, you can’t help but think this team has all of the ingredients of a championship-caliber team. Dynamic playmakers on offense? Check. Reliable running game? Check. Ability to stop the run? Check. Ability to apply pressure to an opposing team’s quarterback? Big-time check. The only question that hangs over the head of this franchise is just how far can rookie quarterback Brock Purdy take this football team. Will he hit the rookie wall at some point this postseason? Perhaps. Until that happens though, the 49ers are a real threat to hoist the Lombardi trophy come February 12.

SEA: Despite coming out on the losing end of this encounter, the Seahawks have so much to hang their hat on this season. This team battled every game this season and defied expectations all the way to halftime lead in a Wild Card matchup against a Super Bowl contender. However, the clock has finally struck midnight for Geno Smith’s remarkable Cinderella season and now the Seahawks will have to make a real decision on whether or not to give Smith a multi-year contract extension and commit to him as their starter or make a real play for one of the top quarterback prospects in this upcoming NFL Draft. They currently hold the 5th overall pick after trading quarterback Russell Wilson to the Denver Broncos.

JAX: In what was easily the best game of the Super Wild Card Weekend, we found out exactly the type of competitor Jags quarterback Trevor Lawrence really is. After a nightmarish 4 interception start to the contest in the first half, the second-year quarterback managed to bounce back in what could prove to be a launching pad for the rest of his NFL career, throwing 4 touchdown passes in the midst of leading a 27-point comeback to secure the first postseason win of his career. Some might suggest the Chargers blew the game, but I would argue the Jags simply took it from the Chargers by rising to the occasion in the face of adversity.

LAC: The voices of those calling for the firing of Brandon Staley continue to get louder and louder after blowing a 27-0 lead, but if we are being honest, he is far from the only person to blame for this collapse. Joey Bosa committed two costly penalties in the second half, while Justin Herbert, who is a phenomenal talent, failed to make two throws on two different drives to an open Keenan Allen inside the 10-yard line where they had to settle for field goals instead of touchdowns. There is plenty of blame to go around, but it will be very interesting to see what moves will be made in reaction to this missed opportunity and yet another disappointing season for a very talented football team.

BUF: The Buffalo Bills are undoubtedly a very talented team and a Super Bowl contender, but they feel difficult to trust at the moment. Josh Allen turned the ball over 3 times and fumbled a total of 3 times in what many thought would be the most lopsided game of the weekend. If Allen doesn’t clean it up a bit, the Bills could once again fall short of a trip to the Super Bowl.

MIA: Considering the Dolphins were forced to once again turn to their third-string rookie quarterback Skylar Thompson, give Miami a ton of credit for how hard they battled in this contest. Mike McDaniel did a fantastic job this season and proved to be one of the best offensive minds in the league. Sure, the Dolphins could’ve been better at getting offensive personnel onto the field a bit quicker, but overall he did a great job stabilizing the team when adversity came their way. The attention now shifts to the future of the quarterback position, with the organization needing to make a decision with regard to Tua Tagavailoa.

NYG: Daniel Jones was so exceptional in this game that he may have very well just played himself into a new contract from the organization. Jones accounted for 379 total yards with 2 touchdown passes and no turnovers. Sure, two of his best statistical passing games this season have come against the woeful Vikings secondary, but in his first postseason action, Jones played exceptionally well.

MIN: Perhaps the mass amount of one-score victories this season should have concerned the Vikings faithful heading into this matchup. Either way, this team just turned what was a fantastic season into a major disappointment. Part of that disappointment was symbolized by the Vikings’ final offensive snap when Kirk Cousins settled for a 3-yard checkdown to T.J. Hockenson on 4th and 8 with the season on the line. It would not be surprising if the Vikings are beginning to wonder exactly what their ceiling is with Cousins under center.

CIN: The Bengals’ potent offense didn’t have its best day, but the defense made one of the most memorable defensive plays of the young postseason with Sam Hubbard’s go-ahead 98-yard touchdown return on a Tyler Huntley fumble at the one-yard line in a tie ball game. The offensive line is a bit banged up, but expect Burrow to be much better against the Bills next week.

BAL: This feels like a ‘what if’ game if I’ve ever seen one. The Ravens clearly miss quarterback Lamar Jackson. While most sides continue to reiterate that Lamar simply isn’t healthy enough to play, most fans will likely wonder if the contract situation would’ve been taken care of prior to the season, could this situation have played out differently? Perhaps… Perhaps not… The end result though is heartbreaking. The Ravens put forth a valiant effort, but ultimately they were sent home by a divisional rival and currently have an offseason full of far more questions than answers at the moment.

DAL: After limping into the postseason with an absolute clunker against the Washington Commanders in the season finale, quarterback Dak Prescott played one of the best, if not the best, games of his NFL career. He was poised, confident and accurate throughout most of this contest. The Cowboys finally ousted the demons of their recent road playoff woes and head into San Francisco with a ton of confidence.

TB: Despite some brief flashes of brilliance, the Bucs’ offense delivered yet another disappointing performance across the board in what might be the swan song of Tom Brady’s storied NFL career. At the moment, the future at the quarterback position is a complete unknown for the Bucs. Whether it was injuries, playcalling, distractions or uncharacteristic mistakes.. the Bucs seem to have an excuse for their countless struggles offensively this season. If this is truly the end for Brady in Tampa Bay, most would have to consider three playoff appearances and a Super Bowl championship, an overall success.