Players to Target and Avoid, in Thursday’s NBA Draft 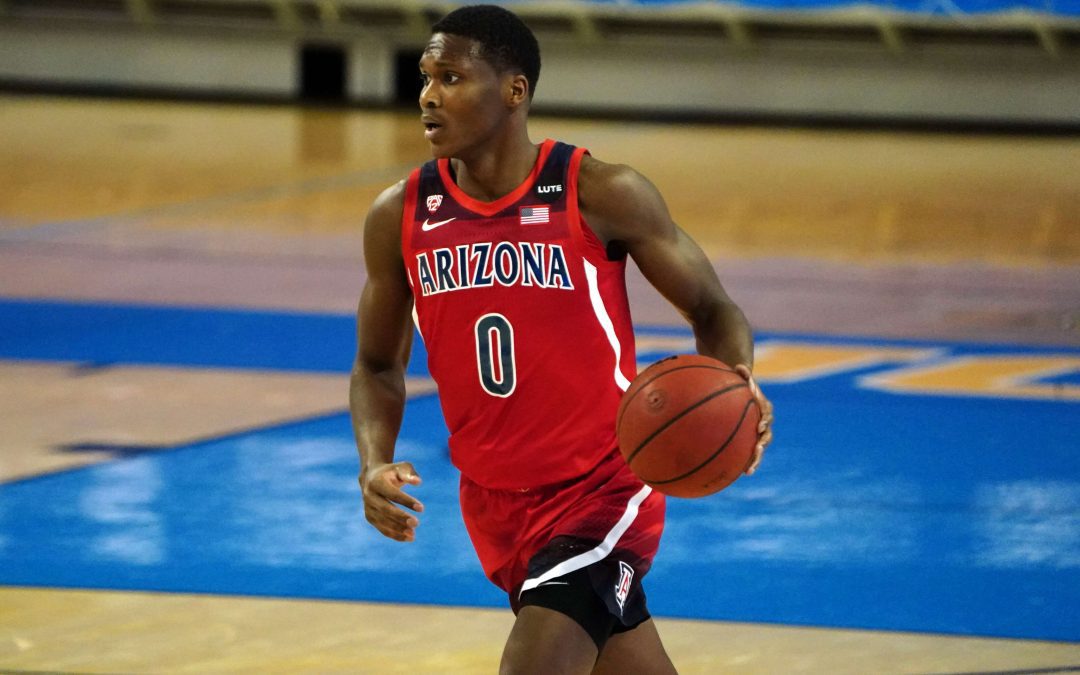 Mathurin is likely to be the highest drafted player in these rankings, as there is a very good chance he goes within the top 7 or 8 picks and maybe sooner. The reason why Mathurin is a player that needs to be targeted, is because there is a very good chance that he ends up as one of the best players in this draft. After having a very solid Freshman season at Arizona, playing for a defensive minded Head Coach in Sean Miller, Mathurin could have easily left school after last season and been a late first round pick. Instead, he opted to return to Tucson to play for a more offensive minded Head Coach in Tommy Lloyd and he took off. Mathurin consistently played like one of the best players in the country throughout the season, leading an Arizona team that won both the Pac 12 Regular Season and Tournament title, in scoring and three-point Field Goal percentage. With an NBA ready body, at 6’6” and the ability to shoot the basketball, Mathurin is a perfect player for today’s modern game and will be a really good player in the league for years to come.

Similarly, to many Freshman throughout College Basketball, it took some time for Branham to really get going for Ohio State this past season. Buckeyes Head Coach Chris Holtmann would even admit that early in the season Branham was not ready to be a one and done player, however things changed quickly. Branham took off once Ohio State got to Big Ten play, having some big games, scoring 20+ points against some of the league’s best teams in Iowa and Michigan State. In the last 10 games of the season, Branham averaged about 20 Points Per Game, which included Ohio State’s Round of 32 NCAA Tournament Game against Villanova, in which Branham dropped 23 points and was clearly the best player on the floor. At only 18 years old, Branham’s game is still developing, which makes him perfect to anywhere between 15-25 in the draft, meaning he’ll go to a somewhat decent team, and won’t have to do anything right away. Branham’s shooting ability in the mid-range is off the charts, and will continue to develop a three-point jump shot in the NBA.

Griffin falls into the category of someone who can be a really good player if all things go right, however there are just way too many question marks to invest a Top 15 pick in. Griffin missed his final season of High School Basketball due to injuries and that was directly after the 2020 High School season was cut short due to COVID-19. In addition, Griffin suffered a knee injury prior to last season at Duke, and although he was somewhat effective, there were plenty of people asking for more. Griffin shot a staggering 44% from three-point range, but couldn’t show much else on the floor. For a guy that was known to be a very good athlete going into last season, Griffin lacked that explosiveness and burst, which likely had something to do with the injuries. Aside from the dynamic three-point shooting ability, there wasn’t much that necessarily stood out about Griffin at Duke last season, and for that reason it would be a risky decision to invest such a high pick in him.

There is a very good chance that if Baldwin never played College Basketball, he could have been a Top 5 pick in this Draft. Baldwin was ranked a consensus Top 5 prospect, in many recruiting rankings of the Class of 2021 and could have gone to one of the best basketball schools in the country including Duke or Kentucky. Instead Baldwin decided to play for his dad, who is the Head Coach at Milwaukee, and things didn’t turn out great. Baldwin only appeared in 11 games, and averaged 12.1 points and 5.8 rebounds, re-aggravating a prior ankle injury before being shut down in February. There have been times where a player like this could be a great value grab, however there are also no guarantees for a player that was playing his best basketball on the high school level, two years ago now. Baldwin’s name was also in the transfer portal in the offseason, contemplating going to another school, instead of the NBA Draft. If Baldwin would have had a successful college season as a Sophomore, it would be much easier to have more confidence in him as an NBA Draft prospect. However, after a down season of playing for a losing team, and all of the question marks, he isn’t someone I’d have targeted in the first round.

While there has been plenty of conversation of how high should big men go in this draft, after seeing an NBA Finals and Playoffs dominated by wing players, Williams is no doubt a guy to go after. The 7-footer had a breakout Sophomore season at Duke, as one of the best rim protectors in the country. Williams played great basketball towards the back end of the season, scoring in double digits in four of Duke’s five NCAA Tournament games, while also averaging a staggering 3.2 blocks per game in the NCAA Tournament. Williams has some similarities to Celtics’ Big Man Robert Williams, who took a little bit more time to develop into a really good NBA player, but is also very productive today. One game where Mark really stood out, was an early season contest with Gonzaga under the bright lights of Las Vegas. Williams was assigned the difficult task of guarding Chet Holmgren, and he rose to the occasion. Williams mentioned “I feel like in that game I was just able to show everything. I simplified things in that game too. I defended without fouling, caught lobs, just did a little bit of everything.” With the physical ability, confidence, and big game experience, Williams would be someone I’d feel great about targeting in this draft.

Liddell is someone that had a very productive career throughout his three seasons at Ohio State, improving his scoring average each year. With that being said, I’m not as high as most when it comes to Liddell as a pro. The 6’7” swing man can really shoot it, but can also be too streaky at times. In addition, Liddell had some consistent foul trouble this past season at Ohio State, and that is a concern for someone a little undersized, for someone that is projected to be a front court player in the NBA. It is still unknown what Liddell will look like as a pro, considering he played a majority of his College Basketball on the perimeter, but most NBA General Managers see him as a Power forward in the league. Liddell also doesn’t have a great first step off the dribble and could be a tad reluctant at times to take that outside shot. Liddell should be a decent NBA player, especially after a really nice career at Ohio State. However, when comparing Liddell to some of the other prospects compared to going in the mid to late first round, he isn’t someone I’d feel very comfortable taking in that range.

Daniels is the one player mentioned here that didn’t play College Basketball last season, instead playing with and against professionals for G-League ignite. Daniels has all the tools to be a productive NBA player, with really good size and length at 6’6”, with a 6’10” wingspan. With that being said, the offensive game is somewhat of a concern, with not that great of a skillset and not great burst off the dribble. Those weaknesses are concerning for a player that is going to be drafted as high as within the top 15 picks. Scouts have mentioned that Daniels lacks a great first step to create separation and sometimes Has trouble elevating over bigger defenders, which could be a product of age and maturing. At such a young age, Daniels is going to have a lot of time to grow and improve on these weaknesses, however his current draft projections are just a tad high for my liking. With these concerns which could affect him on both ends of the floor, Daniels would be a player I’d like to stay away from for now.

It isn’t often that a player goes from Indiana State to Wake Forest, to Lock NBA Draft pick in a span of two years, but that’s LaRavia’s story. The 6’8” stretch four, has a game that fits the modern day NBA perfectly, with his ability to shoot it, stretch the floor and play good defense. LaRavia was a large contributor in leading the Demon Deacons to their best season since 2017, and having a player coming from a large turnaround is always valuable. LaRavia was a second team all ACC member, and was versatile as a shooter shooting 56 percent from the field and 38.4 percent from three-point range. In addition, LaRavia averaged 6.6 boards per game, 3.7 assists per game, and 1.7 steals and 1.0 blocks per game. That balance of a player, coming from a winning program would be very appealing as an NBA GM. Part of what makes the NBA Draft so great is that even though a lot of the players, especially at the top, have been hyped up for a while since their High School days, others have earned the opportunity with not as many people aware, that are surely to become productive players in the league. LaRavia is someone that definitely fits that category.

Zac Krull has covered College Basketball for the last 2 years while working with Aaron Torres of Aaron Torres Media and recording his own Zac Krull Sports Podcast. Currently, Zac is writing as a contributor for Aaron Torres online with weekly articles and working as a producer for the BETQL Network. Zac graduated from SUNY Cortland in 2021 with a degree in Sports Studies.