Stuck In The Middle With Turgeon 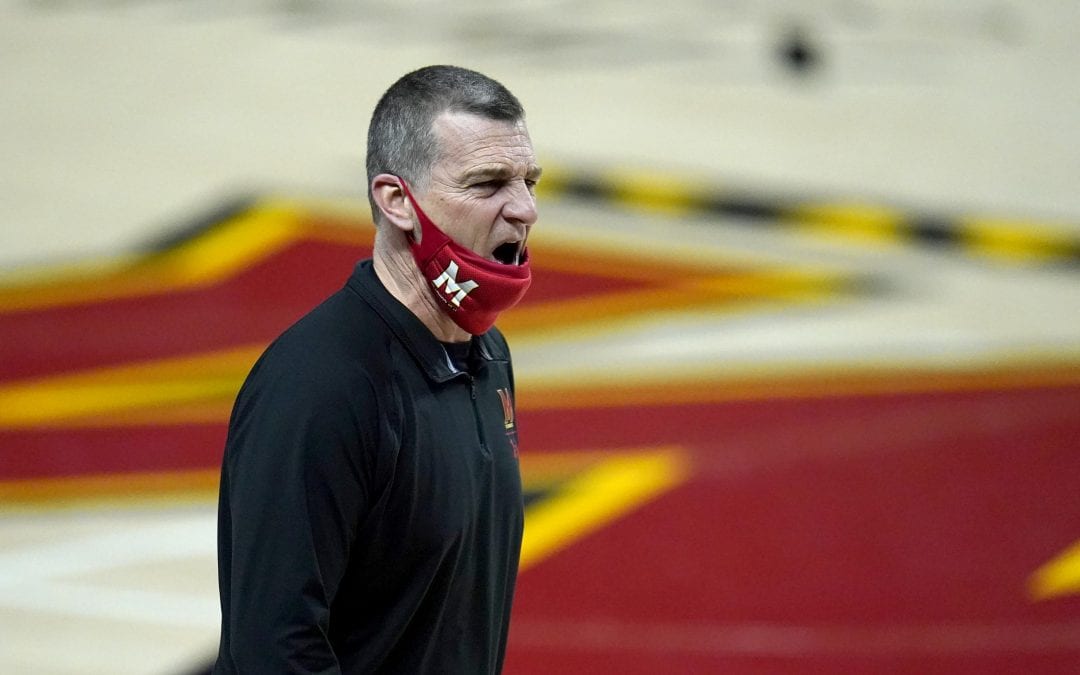 The Stealers Wheel hit ‘Stuck in the Middle With You’ comes to mind when thinking about the current status of Maryland Head Basketball Coach Mark Turgeon. He still has two more years on his deal beyond this season. He wants an extension especially for recruiting purposes and we are getting near to the time where he deserves the Athletic Department to decide one way or the other. To be fair we have no idea what is going on behind closed doors on any negotiation. AD Damon Evans has not had much to say citing privacy of an employee’s contract situation.

Last year’s postseason would have a been a great litmus test with a talented team as to whether Turgeon deserved to stay or go. Neither Turg nor the school will ever know thanks to Covid. Turgeon’s postseason history says Maryland would not have gone far last year. However, none of us know that for sure, it may have been Turgeon’s moment to break through with some serious tournament success. (Even Gary Williams faced criticism for not getting his team further than a Sweet 16 after a while until he went to back-to-back Final Fours.) Remember it did take Turgeon a while, too long at a school like Maryland but he finally erased that long streak of going winless against ranked teams on the road. In fact, in the last three seasons, he has done a real nice job of reversing that trend. Bottom line many fans and pundits felt last season’s team were a solid Sweet 16 team if not possibly an Elite 8 team and if they had gone that far it is likely we would not be talking much about Turgeon’s future.

Here are several things to keep in mind about this “Stuck” situation:

If Turgeon gets the Terps to the Sweet 16 I could see Maryland giving him another year on his deal and then essentially saying ok Mark you have a big recruiting class coming in next season, you will return some good talent from this year’s team, let us see you go out and win another Regular Season or Conference Tournament title or finish near the top and make some deeper runs in the Tourney’s. That is probably their best plan. Look even if they lose in Round 2 to Alabama say in a close game, they still may give him a one-year extension given what he has done this season and buy themselves some time and give Turgeon some more security. Now if they lose to UConn or even worse get blown out all bets are likely off.

If your truly being objective and fair, Turgeon has done enough to a make a case for himself to stay (remember to take heed in some of the factors mentioned earlier) but he also has downsides that make you want to turn the page. Maryland is in a tough spot. Playing it safe prevents you from what could be, but it also could set your program back and make it that much tougher to get to where you wanted in the first place. At the end of the day should Maryland be a Top 15-25 team every year in the Top 4 of the Big Ten and competing for Sweet 16s most years, the answer is yes. Turgeon has certainly accomplished a decent portion of that, but fans want to see that next step and I am with them. Some fan bases are delusional about a program’s ceiling, but I really do not think that is the case here at all. Maryland is a Basketball school and to their credit they have come in and handled themselves well in the Big Ten, but many want bigger and to be unstuck from March Madness woes.