This summer’s must-watch sports network might just be NBC 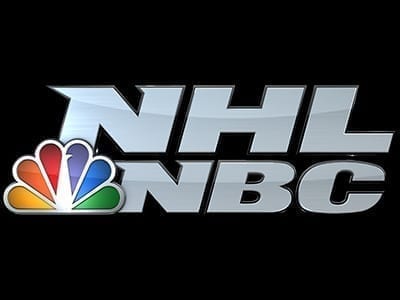 When COVID-19 shut down the sports world back in March, some networks were hurt harder than others. Turner lost the NBA and March Madness. CBS also lost March Madness, and plenty of live golf (including the Masters) was bumped from its spring schedule. ESPN and Fox Sports were both deprived of college basketball tournaments, early season MLS action, and regular season MLB games. Fox lost NASCAR races, while ESPN lost plenty of other college sports.

It wasn’t (and still hasn’t been) a good time for any sports-focused network, but one network that lost just as much programming as the others could have the quickest return to fortune this June – NBC Sports.

It’s been a brutal few months for NBC. In addition to losing the NHL and Premier League, NBC lost the Summer Olympics this year, which have been bumped to 2021. The Olympics are a ratings behemoth for NBC, and its impossible to adequately replace them on the schedule. But while the Games won’t take place until next year, NBC can at least take solace in the fact that it’s getting close to its full complement of sports programming back sooner rather than later.

Unlike the American pro sports (notably, MLB, MLS, NBA, and NHL), the Premier League has a plan set and a return date scheduled – June 17th. NBC has the exclusive rights to England’s top soccer league in America, and will clearly air as many of the remaining games as possible. The Premier League is making it somewhat easier for NBC (and its British TV partners) in this regard by opening up extra timeslots for matches, meaning that in theory, NBC can air all ten weekend matches without overlap if the league decides to schedule the matches that way. That’s huge, because while every match doesn’t draw huge viewership, even the most unattractive matchups will draw viewership that tops any infomercial or clip show that NBC would have aired instead.

The NASCAR schedule also started back up on Fox in May, and that’s a boon for NBC for one reason – in late June, the second half of the schedule kicks in, and races will shift from Fox to NBC. And this isn’t just the Cup series races – it’s the races, qualifying, and practice for both the Cup series and Xfinity series, providing NBC with even more live content. Just like the lower profile Premier League matches, not all of this content is premium – but it’s all live, original content that will be on NBC’s networks. This is incredibly valuable for a network that, like the other sports networks in this country, has been starved of live events for nearly three months now.

NBC also owns Golf Channel, which rolls back into covering live events in a week and a half with coverage of the Charles Schwab Challenge, leading into scheduled events nearly every weekend for the next three months.

And then, there’s the NHL. While the league hasn’t actually announced a return date yet, they have come up with (and the NHLPA has approved) a 24-team tournament plan when it does return to play. The NBA has not gotten that far yet, and it gives the NHL the inside track to return sooner. NBC is the NHL’s sole national TV partner, and while some of the earlier round games may also (or exclusively) air on local networks, NBC is the only place to watch on a national level. That will help the network’s mid-week primetime lineup, a hole that neither the Premier League nor NASCAR can regularly fill.

Once September rolls around, the sports schedule appears likely to have some semblance of normalcy. The NFL hasn’t wavered on returning to play on time. Things are a bit hazier with college football, but given the amount of money on the line, schools will probably try to make it work, with or without fans in the crowd. NBC has stakes in both sports – they air Sunday Night Football each week, the country’s top primetime series, and also air Notre Dame, one of college football’s premier brands, home games.

NBC’s live rights packages don’t always set the world on fire. The NHL isn’t as well thought of as the NBA. The Notre Dame package pales in comparison to the more encompassing Big Ten and SEC packages. The Premier League is the top soccer package outside of the World Cup in the US, but with games airing in the morning, the total reach will always be limited. Sunday Night Football is a great package, but it’s one game a week for four months. But right now, NBC is the closest of all the national sports networks to getting back to something close to normal. That proximity to normalcy and live sports is going to give NBC an edge in the coming weeks and months while its competition’s main properties still worry about agreeing on specifics on returning to play.