The Lineup: 2022 Divisional Round 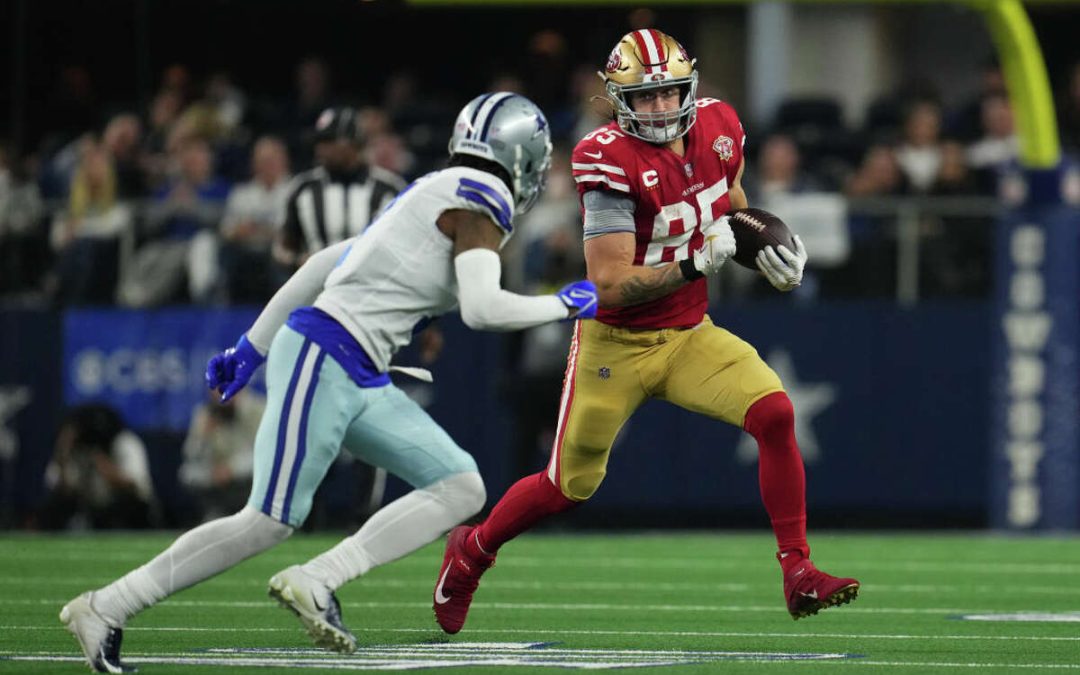 Home teams were 4-2 in the wildcard weekend, and five of the six “overs” hit. I suspect more of the same from this game. The Chiefs finished the season on a 5-game winning streak, but those wins came with a 9.4-point average margin of victory. They’re winning, but they aren’t blowing teams out by 20 points. Even the Texans took them to overtime.

The Jaguars come into Kansas City after ending the regular season with a 5-game winning streak as well. Last week, they overcame a horrendous start to beat the Chargers. Jacksonville doesn’t know how to quit. Not only that, but they could also win Saturday.

That said, given Andy Reid’s stellar record after a bye and Patrick Mahomes being the front-runner for league MVP, I can’t see the Chiefs losing. I’m going to take the points and the over for what should be a wild one.

When this game kicks off, Reid will have coached in his 36th-career playoff game, tying him with Don Shula and Tom Landry for 2nd all-time. If he wins, he will gain playoff win no. 20, making him one of three coaches ever to reach that mark (Belichick 31, Landry 20). It’s so hard to bet against that kind of experience.

Last week the Giants were one of two road teams to claim victory, however the Vikings defense didn’t play as well as they could’ve. Much of what the Giants accomplished on offense was due to the perimeter running of Daniel Jones. At one point, they ran Daniel Jones on the perimeter play after play, and for some reason, the Vikings didn’t key on that. I have to believe the Eagles won’t allow Jones to run for 78 yards like he did last week. In his one game against the Eagles this year, Jones only managed 26 yards on four carries.

The Eagles are coming off a bye, which was crucial for Jalen Hurts to solidify his recovery. While A.J. Brown and Devonta Smith are dynamic wide receiver options for Hurts, he may choose to divert targets to tight end Dallas Goedert this week. Against the Giants, the Vikings were able to have great success throwing to tight ends (12 receptions, 144 yards, 12.0 yard average, 1 TD).

On defense, the Giants had really good success rushing four, but rushing them in both A and D gaps. In an unusual look, Wink Martindale pressured right up the middle and wider than normal, leaving offensive linemen to do more communicating and lateral movement than perhaps they’re used to. If the Eagles can stunt the Giants’ pressure and pick up looping blitzers, I think they win the game. Even if the Giants rush breaks through, Hurts is fully capable of gashing the Giants on the ground.

Philadelphia is one win away from hosting a conference championship game for the 5th time in the last 20 years. I think they’ll be ready.

The Bills will need to take care of the ball, first and foremost. If they give the ball away three times like they did against the Dolphins, this game will surely be won by the Bengals. If not, if Josh Allen doesn’t try to do too much, and if Buffalo can get something from their ground game, I think the Bills win this one.

Because of their mental makeup and offensive talent, I’m going to take the Bengals and the points against the spread. But, if we’re talking about who wins the game, I don’t see how you can pick against the Bills.

As fate would have it, this is the same game in which Demar Hamlin was critically injured in and nearly passed away, two weeks ago to the day. I can’t imagine a more emotional setting.

Last year, these two teams met in the wildcard round in Dallas. The 49ers prevailed, 23-17, in a very hard-fought game. Each team made 20 first downs, gained over 300 yards of offense, and turned the ball over just once. As for this year, judging by the spreads, this should be the closest game of the weekend.

San Francisco went 9-1 at home this season (playoffs included). Their one loss came at the hands of the Chiefs in Week 7. Since then, the Niners have won seven straight games in Santa Clara and 10 straight games overall. Christian McCaffrey and Deebo Samuel are healthy, Brock Purdy has plenty of confidence, and Kyle Shanahan is calling plays as good as he ever has. The Cowboys could win, but that would take a big reversal of everything we’ve seen from these teams over the last two years.

Betting is a probability prospect, and the numbers clearly favor San Francisco. I’m picking the 49ers and laying the points.