The Ravens decided Mark Andrews was a core player 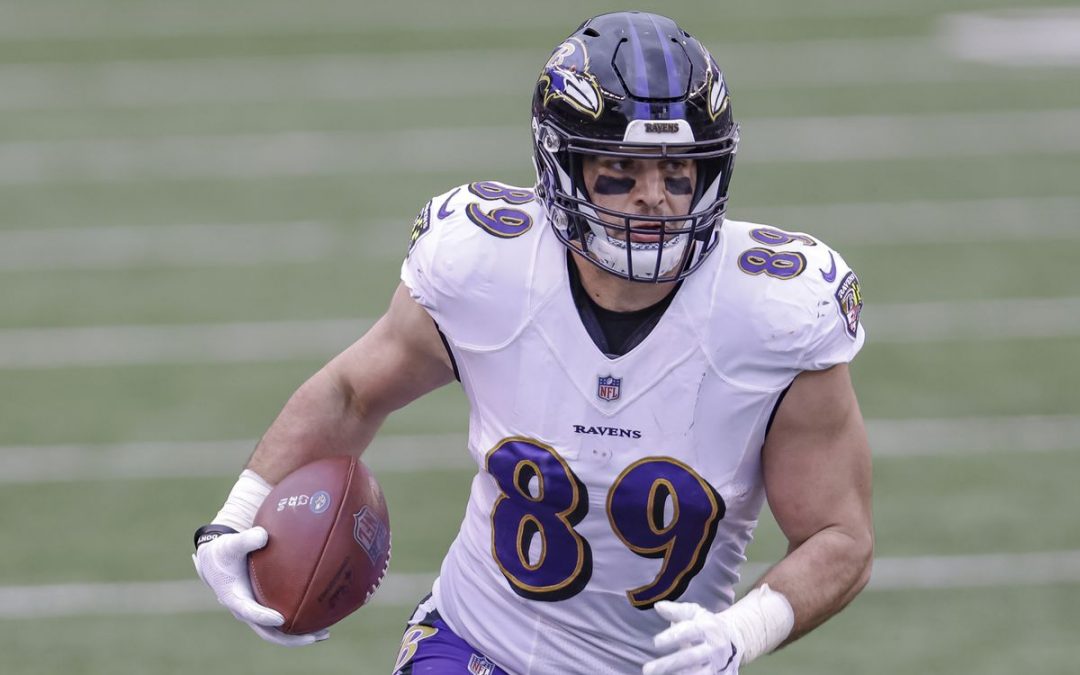 Try to think of the before times, when the Ravens hadn’t yet lost an entire running back room to injuries. There was a fairly significant extension reached. And after a lot of smoke about Lamar Jackson getting one before the season, it didn’t go to him. Tight end Mark Andrews signed an extremely healthy four-year, $56-million deal coming off a down year in 2020. Heading into Andrews’ final season of his rookie contract, Baltimore locked up the 26-year-old tight end’s prime.

Andrews’ contract essentially locks in the next two years of his career — it’s rare, but not completely unprecedented, that a player gets cut or traded in a way that creates a negative cap hit for the team. The NFL’s complex pre-/post-June cut system also opens a few windows for the Ravens to get out of this contract without taking a giant hit. Yes, even if so much of it is “guaranteed.”

Because of the way NFL contracts are generally written, it is extremely unlikely that Andrews will finish out his contract. Long-term contracts seen all the way to the end by both sides are extremely rare. As you can see at the end here, Andrews’ two biggest cap numbers are buried at the end of the contract and with roster bonuses, meaning it’s unlikely that the team will actually have to face those unless they think that’s a fair cap hit for Andrews’ services. An extension is more likely at that time.

That’s all well and good, but teams don’t hand out extensions to replaceable players, and this move is a pretty clear signal that they have decided Andrews is a core player. Andrews would have started 16 games last season had he not avoided the COVID-19 list, and, well Baltimore struggled to put him in the same situations they did in 2019. His yards per target fell almost a full yard from 2019, from 8.7 to 8.0. Andrews was second in the NFL in targets over the middle (between the hashmarks) and his yards per target on those throws was just 6.2, which was behind Willie Snead. Essentially: the Ravens had a hard time unlocking their play-action throws last year that made Andrews such a big contributor in 2019. Andrews averaged 6.4 yards on 27 play-action targets in 2020. In 2019? 8.6. With five touchdowns on 28 targets alone.

So the move in a sense is one that signals projection to me, the Ravens have not been shy about how they want to revamp the passing game. It has been a consistent theme of the offseason pressers with Greg Roman, and as good as it was in 2019 there was always an element of that overwhelmingly good running game coloring the results. It’s a lot easier to be successful when you only need three yards instead of seven, particularly if it’s second-and-3 and you can launch almost any kind of play you want.

Andrews’ extension shows me that the team a) values a receiving tight end highly in their pecking order of Jackson targets and b) wants to build a passing offense around Lamar Jackson. I don’t know how quick this is going to gel together because so much of the blueprint for the Ravens feels up in the air right now: Sammy Watkins and Jackson have barely practiced together, they already lost Rashod Bateman, and Marquise Brown has also missed his share of snaps. It feels more like a situation where there are early growing pains for the team while they figure out what exactly they are capable of in the passing game.

But to me, the main driver of all of this is Roman creating the throws that Jackson can hit with more consistency. I do think heavier sets as a general rule help there, and that is another road back to why Andrews is so important. You can’t play-action out of 12-personnel on first down and fire a downfield strike to Erik Tomlinson. Someone’s got to be there to catch the ball.

Valuing what Andrews can do in this way — the way where he’s the third-most expensive tight end in terms of guaranteed money and average annual value — makes sense. The optimal version of the Ravens involves someone with his talents, even if last year wasn’t his best. The looming question is how quickly or what else they have to do to make Jackson’s life easier, and you weren’t getting to the answer to that question without Andrews in my opinion.