The Shortstop Market and Suitors 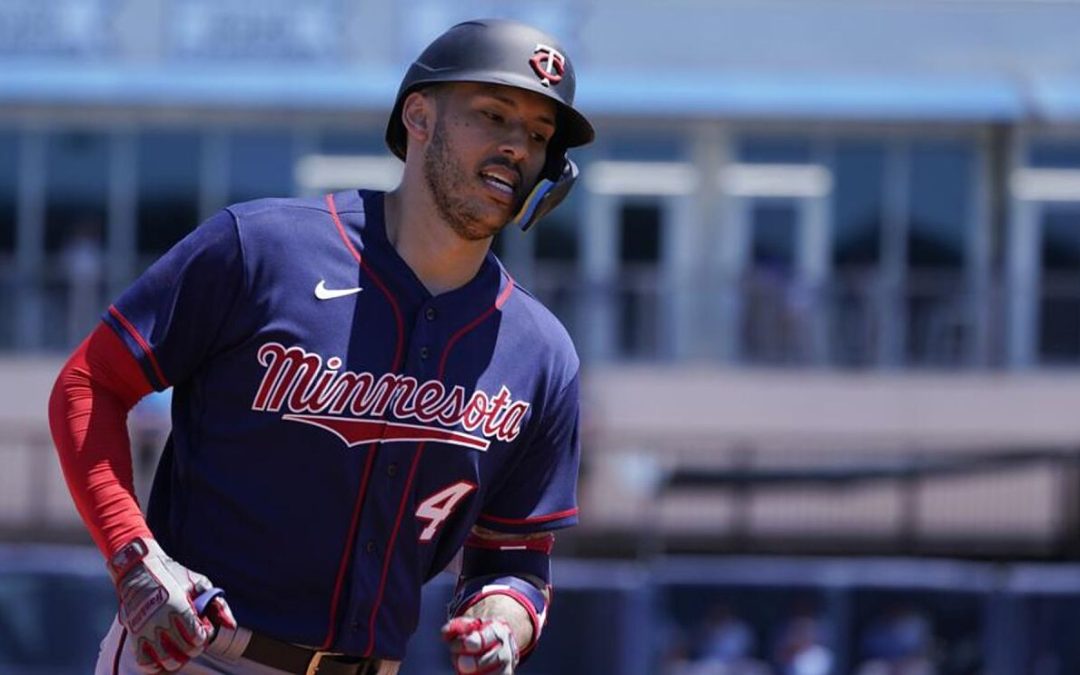 Whether you’re listening to our podcasts, reading our articles, or bantering on the message boards, you’ve heard somebody at Baltimore Sports and Life talking about the upcoming shortstop free agent market. It represents a huge opportunity for the Orioles to spend some idle cash and meaningfully upgrade the roster. Today, we’ll identify the players involved, a rough framework for what they might cost, and which teams will be most eager to ink them.

State of the Bats

First, let’s quickly investigate the lineup. The Orioles have basically played to a 50th-percentile outcome which is a fancy way of saying they’ve neither been lucky nor unlucky. Some guys have done more than expected. Others underperformed. One particularly nasty spot in the lineup is second base, which, if resolved, could thrust the offense from league average (98 wRC+) to solidly above average. That’s the idea, indirectly, behind signing a shortstop.

Avoiding multiple months of Robinson Chirinos as the primary backstop will help too. Hence why we already have rumors of the Orioles targeting a high-quality backup to Adley Rutschman. That’s a topic for another day.

Four major shortstops are headed for the open market – Trea Turner, Carlos Correa, Xander Bogaerts, and Dansby Swanson. By Wins Above Replacement (WAR), Bogaerts, Turner, and Swanson are tied with roughly 6 WAR this season. Swanson’s history of performance at this level is much shorter than the others. It might not feel like it, but Correa is actually the youngest of the bunch. He struggled earlier in the season but has come on spicy-hot of late. They all project for between four and five wins in 2023. Rougned Odor has 0.2 WAR. If the 2022 Orioles had one of these players (using their projected output rather than actual), they’d be in the thick of the Wild Card race with roughly 80 wins.

Baltimore has flexibility since Gunnar Henderson can play any of the infield positions. That means they can also consider Nolan Arenado. He’s almost certain to opt out of his existing contract. If the club fails, they can consider Jean Segura, Whit Merrifield, and Justin Turner ($16MM club option) as flawed consolation prizes. Segura has a $17MM club option many assume will be declined (I think the Phillies would have to be nuts to do so). Tim Anderson has a $12.5MM club option everyone assumes will be triggered. I’m among “everyone.” Ditto Kolten Wong at $10MM. Jose Iglesias, Elvis Andrus, Adam Frazier, Brandon Drury, Donovan Solano, and Jace Peterson would be disappointing “upgrades.”

These are all players looking for yearly salaries north of $30MM. For context, Corey Seager signed a 10-year, $325MM deal with the Rangers last winter as a 27-year-old. Turner, Correa, and Arenado will be looking for better AAVs. Swanson might find himself closer to the seven-year, $175MM deal signed by Marcus Semien, though he should locate either a longer term or better AAV. Arenado is the oldest of the bunch and will probably want to convert his remaining five years and $144MM into something closer to seven years and $250MM.

Of course, players can want whatever they want. Orgs have their own ideas of what these players should earn. That’s why it’s rare for major free agents to sign quickly. It usually only happens when an unexpected suitor decides they need to break the bank before other teams can digest the implications. Like the Rangers did last winter, though that was also a special case given the looming labor stoppage.

In short, four players qualify as a Plan A target with Swanson more of a Plan B addition. After that, you’re starting to consider other pathways to upgrade the roster. How many teams might be fighting for this talent? Let’s explore.

Baltimore Orioles: As we know, the hometown heroes have virtually no commitments on the books. They could add three superstars at market price and still run a league-average payroll.

Los Angeles Dodgers: With revenues in the neighborhood of $600MM, there’s virtually no constraint on the Dodgers payroll. If they decide they shall sign a member of this shortstop class, they will do so. It’s odd that they haven’t extended Turner – perhaps a sign they prefer a younger option like Correa.

New York Yankees: The imminent arrival of Anthony Volpe with Oswaldo Peraza available as a stopgap means the Yankees don’t need a shortstop. Like the Dodgers, they have revenues in the area of $600MM. They’re an obvious threat to sign Arenado. The shortstops might act as a backup to that plan. Their books are distressingly clean for 2023 and beyond.

Boston Red Sox: With Xander Bogaerts headed out the door, Boston is in a weird spot. They could ask Trevor Story to resume shortstopping, but his elbow issues leave him better-suited for the keystone. They’ll have money to spend, but they’ve been pretty thrifty under Chaim Bloom.

Philadelphia Phillies: Though far more constrained than the Yankees and Dodgers, the Phillies spend aggressively. Their revenues are more in the $400MM range. They have room to add a large contract, and there’s a distinct chance they’ll deal one of Nick Castellanos or Kyle Schwarber in order to better balance the roster. A premium shortstop anchor lets the club call Bryson Stott “depth” – assuming they also keep Segura, Alec Bohm, and Rhys Hoskins – none of which is certain. They might break in the direction of Aaron Judge instead.

Detroit Tigers: Long-rumored as suitors for Correa, the Tigers might take the lesson of 2022 and decide the answer is a steadier star infielder than Javy Baez. They’ve got plenty of room for both and a payroll mostly composed of pre-arb players. They’ve been bad for so long that a winning season could pay for one of these shortstops at once just in revenue growth alone.

San Francisco Giants: The Giants revenue is similar to the Phillies, and they may want to finally move on from Brandon Crawford. Or at least reduce his role. They have a massive capacity for spending based on their 2023 commitments. Virtually nothing is on the books for 2024.

Minnesota Twins: Hey! They did it once. They could do it again. They have the money in 2023, but they lack the appetite for long deals that could sink future contending rosters.

Los Angeles Angels: A new owner might look at their infield and decide to invest $150MM per year. After all, this is a club with the same market as the Dodgers and little more than half the revenue. Guggenheim Capital Management invested in the Dodgers to bring them to where they are today. It’s a fair roadmap for a deep-pocketed investor – and possibly why a Shohei Ohtani trade was nixed at the outset.

Seattle Mariners: The Mariners like J.P. Crawford and seem committed to him. But second and third base are areas where they could spend money to upgrade more efficiently than other areas of the roster. Eugenio Suarez can bounce around first, third, and designated hitter. They also might save their wad for future offseasons.

Atlanta Braves: The Braves seemingly only spend substantial money on internal players – including those they first acquire via trade or one-year free agent deal. The success of Vaughn Grissom means the club will likely enter 2023 with a Grissom-Albies middle infield. Remember, Albies came up as a shortstop so they have options.

Houston Astros: They could upgrade from Jeremy Pena, but it would be an inefficient move for a tightly constrained payroll.

Colorado Rockies: Nobody pretends to understand what they’re doing, least of all themselves. They should be planning for Ezequiel Tovar’s debut sometime in 2023.

Arizona Diamondbacks: Every so often, the Diamondbacks come out of nowhere to make a splash. Unless they like Geraldo Perdomo’s odds of improving (they aren’t terrible!), shortstop is the easiest spot in the lineup for them to upgrade. Then again, Jordan Lawlar will arrive in late 2023 or early 2024. A temporary patch would make more sense.

For the lazy among you, that’s seven clubs (including the O’s) among the likely suitors and another seven that could sneak into the picture. Let’s call it eight teams fighting for five players. Not bad odds!