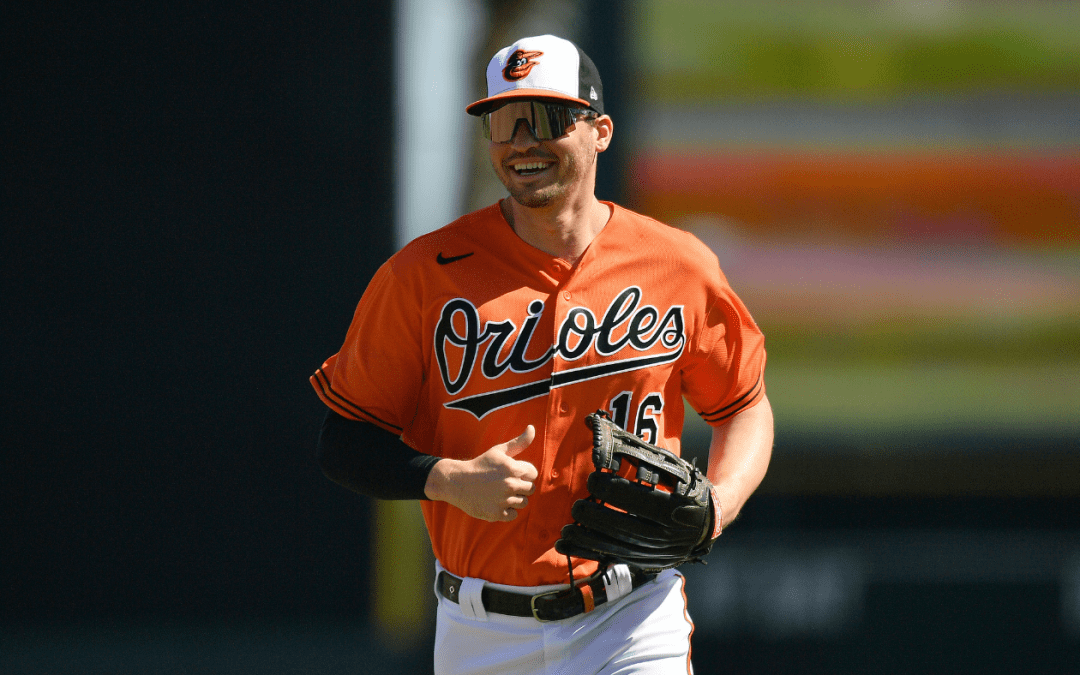 Baseball is a beautiful game, and beyond that it’s easy to get caught up in the intricacies and analytics of the sport, what someone’s batted ball metrics look like, how a slider is breaking, how someone hits against lefties. Often though what sticks with us is when real life intrudes into our little play world. Such is the case with Trey Mancini.

Mancini is back to taking batting practice. This is one of those moments. Not so much the batting practice part but the fact that Trey Mancini is healthy and playing baseball again under the Florida sun. But it’s more than that, because manager Brandon Hyde says Mancini is a full go for spring training. A year after being diagnosed with cancer, Mancini has been pronounced healthy and has returned to the sport he loves, perhaps with a bit more gratitude than when he last left it. “Just being able to come out here and feel like myself and feel great and participate in everything fully is something that I’m very appreciative of and I don’t take for granted at all,” Mancini told The Baltimore Sun. It’s hard not to be touched by that sentiment.

The 2021 Orioles don’t look to be a team destined to be remembered decades from now, but Trey Mancini’s comeback from cancer is one of the lights that will burn brightest for longest. Now that Mancini is back though comes the real-world implications of his return. Hyde has said Mancini will be the starting first baseman, though it’s not much of a stretch to think that he’ll get some time at DH in addition to the occasional days off. Mancini has over 1,100 innings at first in his career, not as many as he’s played in left field, but he’s plenty experienced at the position. If he’s able to get back to his 2019 ways when he put up an .899 OPS with 35 homers he’ll go from a nonentity baseball-wise to among the most coveted bats available at the trade deadline.

That gets us to the crux of the Mancini situation. Should the Orioles bow to the magnitude of Mancini’s return and offer him a contract extension or should they bow to their place in the win cycle and trade him for much-needed prospects? It’s one of those difficult dilemmas where both options have significant potential downsides. Mancini is a popular player with his teammates, and he’s one of the best known players on a team not exactly brimming with big names. There is also the fact that he’s a pretty good hitter so having him around to bat for the O’s over some number of future next seasons doesn’t seem like a bad idea.

But Mancini will be 29 in a month, so he’s not exactly in line with the youth movement in Baltimore. That’s not to say he’s over the hill by any stretch, but by the time the Orioles figure to compete for a playoff spot, he’ll be in his 30s. That’s not necessarily bad, but age does come for every player, and if his bat takes a small step backwards he doesn’t offer much else in the field.

Also there is the potential return to consider. Obviously that return is unknown right now, but if Mancini puts up a good half season there’s every reason to expect a good prospect or two coming back. It’s hard to know exactly what the Orioles could expect to receive in a Mancini trade. Obviously it depends, at least in part, on how Mancini performs this year. For what it’s worth, FanGraphs’ projection systems all seem to think he’ll hit somewhere in the neighborhood of .270/.330/.470. That’s roughly his career slash line though with a bit of power deducted, probably for obvious reasons. Still though, that would represent a borderline all star caliber player, and if his numbers are more like his 2019, when he slugged .535, all the better.

Back to the return in a potential trade. I looked through the deadline trades in 2019 and 2020 to see if there were any comparable deals. There were a few, though I should point out the caveat that COVID-19 has thrown more wrenches into the works than should be allowed and so that’s also a variable at work, though one that is impossible to know the impact of here in February. That said, I zeroed in on three trades.

The first trade was Nicholas Castellanos from the Tigers to the Chicago Cubs in July of 2019. Castellanos was a free agent to be while Mancini has another year of team control remaining, so there are differences, but Castellanos was 27 at the time, while Mancini will be 29. At the time of the deal Castellanos was hitting .273/.328/.462, or almost exactly what Mancini is projected to hit this season. Neither player is a standout defender, though Castellanos is, ostensibly, an outfielder and so is potentially easier to fit onto a roster than Mancini for the simple reason that here are more outfield spots than first base spots. So that’s the comparability part.

What did the Cubs give up for Castellanos? Starting pitcher Alex Lange, Chicago’s 2017 first round pick (the 30th overall), who was 23 and putting up mediocre numbers in Double-A at the time of the trade, and starting pitcher Paul Richan, Chicago’s second round pick in 2018, who was 22 and putting up very good numbers in High-A at the time of the trade. In 2020 Lange ranked as the Tigers 13th best prospect and Richan ranked 38th, all according to FanGraphs.

Another was the August 30, 2020 trade of Mitch Moreland, who went from the Red Sox to the Padres for Jeisson Rosario and Hudson Potts. Moreland, a first baseman, was a free-agent-to-be after the season, but at the time of the trade he was hitting .328/.430/.746. The Padres traded their number 11 and 20 prospects (pre-season 2020 FanGraphs rankings) to Boston for the right to have Moreland through the rest of the 2020 season.

Finally, a day after the Moreland deal, Seattle traded catcher Austin Nola and arbitration-eligible reliever Dan Altavilla also to San Diego for Taylor Trammell, Ty France, Andres Munoz, and Luis Torrens. Trammell was at the time and remains a top 100 prospect in baseball. MLB Pipeline has him at number 100 and Baseball Prospectus has him at 72 going into the 2021 season. France is a 25 year old major league third baseman with an impressive OPS of .868 in his young career. Munoz is a 22 year old major league reliever with impressive minor league strikeout numbers, and Torrens is a young catcher who has bounced back and forth between the majors and minors, but is young enough that it might still click. Nola might not be the best comparison because he was one of the best hitting catchers in baseball at the time of the trade, and there’s no real way Mancini can approach that kind of value, but lop off a few of the prospects going to Seattle or lessen it in any way you’d like. A similarity between Nola and Mancini is they both have multiple years of team control remaining, and that is a very valuable commodity for teams.

None of those are perfect comparisons, but all have something to offer in terms of attempting to clear up what a Mancini trade could return. Ultimately, if he’s healthy and hitting well, it could be a significant return, and though Mancini is a good bat, he’s not really someone you build your team around. If he’s not hitting well or not healthy (or both) then it’s probably a moot point, and the Orioles just wait until either the off-season or the 2022 trade deadline (if he’s not healthy and/or not hitting I wouldn’t expect an extension).

If he is healthy and hitting though, the Orioles will at least test the market for Mancini in July. From a fan’s perspective, it might hurt a bit to move someone in his situation, someone who means something more than just his batting line, but this front office has shown that they have their eyes on the prize and likely won’t be deterred by emotion if they think the end result won’t be favorable to the next great Orioles team. Alternately, Mancini is under team control in 2022 as well, so if events dictated, the team could push the decision forward for another year.