There Is Life In The AFC North 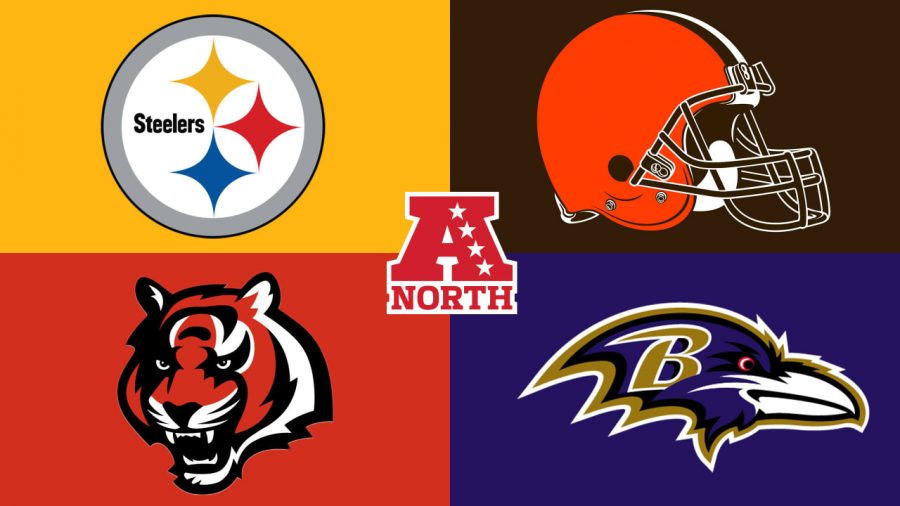 When I last joined you, the AFC North was looking like a steaming pile of mediocrity. That has changed somewhat with three of the four teams showing signs of life in recent weeks…and then there’s Pittsburgh.

The Ravens enter their bye week at 6-3 and in control of their own destiny, holding a one-game lead over the Bengals. The big difference between Baltimore and Cincinnati has been their results within the division. The Ravens are 2-0 with home wins over the Bengals and Browns, while the Bengals are 0-3 with that crazy opening day loss at home to Pittsburgh (likely the highlight of the Steelers season) and road losses at Baltimore and Cleveland.

One thing I do not expect to see from the Ravens is complacency, not after they were sitting at 8-3 with the best record in the AFC last year only to lose their final six games and miss the playoffs when injuries wiped them out.

Baltimore’s offense has been productive, they are the third highest scoring team in the AFC behind only Kansas City and Buffalo. It is their defense coming together in their current three-game winning streak, though, that should have fans really excited.

The Ravens pass rush, in particular, has come to life. They are second in the AFC averaging three per game, led by ageless wonder Justin Houston’s 8.5 in only six games. He is being used brilliantly by rookie defensive coordinator Mike Macdonald. Wink who?

The Ravens will be healthier than they have been since 2020 after the bye, with Mark Andrews and Gus Edwards returning after missing the last game. Yes, they will still miss Rashod Bateman and J.K. Dobbins, but they managed to put up 27 points on a decent New Orleans defense without all four of them and Lamar Jackson not having his sharpest night passing. Baltimore also has a very manageable remaining schedule-it is possible they will not play another team with a winning record until the season finale at Cincinnati. They’ve got to like where they stand right now.

Cincinnati, however, harbors hope for another playoff run, but they continue to pile up injuries. In their blowout of Carolina last week, they were down to four healthy defensive backs. They will also be without star WR JaMarr Chase for a few more weeks.

The team has also been very inconsistent sandwiching a horrible 32-13 beating at the hands of Cleveland in between easy wins at home vs. Atlanta and Carolina.  Last year’s rookie sensation, kicker Evan McPherson, has not been sensational so far this year. Bengals QB Joe Burrow continues to get sacked more often than any quarterback in the AFC and with injuries to his receivers has had trouble getting the ball downfield this season.

Unlike Baltimore, Cincinnati still has a challenging schedule coming out of their bye. They have to travel to Tennessee, Tampa Bay and New England, and have home games with Kansas City, Cleveland, Buffalo, and the Ravens. I still think they will find a way to make the playoffs, perhaps even going 10-7 again; last year they were 5-4 after nine games, which is their current record this year. That record is unlikely to win the division this season, though, so they would have an even tougher road to the Super Bowl than the one they navigated in 2021.

Yes, I listed Cleveland as one of the challenging games the Bengals have left. It could be, depending on which Cleveland team shows up. The one that gave Cincy a 32-13 beating on Thursday night football was a pretty good one. The one that lost to the Patriots 38-15 was a pretty bad one.

Interestingly, offense was supposed to be the problem for the Browns without Deshaun Watson, yet they are fourth in the NFL in total yards gained, even ahead of Miami’s explosive offense. Their defense, however, has let them down. They rank 24th in scoring defense and 22nd in takeaways.

They were not supposed to lose games like the one to the Jets, 31-30 and the LA Chargers 30-28. If they flip those scores around, they would be 5-3 and right in the playoff hunt. Instead, they are 3-5 with games at Miami and at Buffalo next up. A 3-7 record would put them in the position of needing to run the table when Watson comes back in week 12-a lot to ask for someone who has not played a regular season game in nearly two years.

I don’t see Cleveland as a playoff threat at this point unless they steal one of their next two games, but on any given Sunday they have the talent to be dangerous. Even if they are out of the playoff hunt, having Watson finally at the helm could energize them and cause problems when they face the Bengals or Ravens.

Then we have the Steelers, looking up at the rest of the AFC North with their 2-6 record. There has been some grumbling about the Pittsburgh defense, but it has been good enough to keep them in most games this season with precious little help from their offense. The Steelers are the second lowest scoring team in the NFL with an average of 15.0 per game, just ahead of the Colts, who fired head coach Frank Reich because of…their offensive ineptitude.

I’m not suggesting that Mike Tomlin is in any trouble in the Steel City. Pittsburgh simply does not fire head coaches. The last time they did was in 1968, when Bill Austin got the ax after the Steelers had a particularly dismal 2-11-1 record. Since then, they have employed a grand total of three head coaches-in 54 years and counting. It is no coincidence that, since 1972, they have posted only six losing records.

This season will be the seventh. They could possibly show better results in the second half of the season because their schedule was very front loaded with good teams. Thinking they could do as well as 7-2, which is what it would take to avoid a losing record, however, is very far-fetched.

There is one primary reason. It’s highly technical and I have deeply researched it so try to stay with me here…the Steelers offense stinks. It’s really, really bad. It’s easy to place blame on the mediocre, if that good, quarterback play they’ve had between Mitch Trubisky and Kenny Pickett, but there is much more to it than that.

Their offensive line has been a problem for a while now, and they continue shopping for second- or third-tier free agents, throw them together, then rinse and repeat the next season. They have not drafted an offensive lineman higher than the third round since 2012, and it shows. That has contributed to the lackluster production from RB Najee Harris, but there were scouts saying in 2021 that using a first-round draft pick for him was not a good value. That has proven to be true so far, and he had significantly regressed this season-his average per carry has dropped to 3.3 yards.

What is it with Steelers wide receivers? The team is known for spending high draft choices on receivers then not signing them to a second contract. The latest case of that is Chase Claypool, who was traded to the Bears for a second-round pick-matching where he was selected in 2020. Neither he nor Diontae Johnson have averaged even ten yards per catch this season. Among their projected playmakers, only rookie George Pickens has made very many plays. He’s a good one, but how long will he and Johnson be around?

Pittsburgh offensive coordinator Matt Canada makes Baltimore’s Greg Roman look like Mr. Popularity with all the rancor about his coaching. They have definitely played a very conservative offense since Canada has been the OC, but is that all the personnel are capable of? I think the best use they can make out of the balance of this season is to take a good look at Pickett and give him the chance to make mistakes and learn from them without facing the pressure of making the playoffs.

Whether it is Canada’s fault or not, it seems that the Steelers would benefit from a new voice running their offense next year-one that will put their playmakers in position to make plays.

Beyond the AFC North, the AFC is there to be won, and I think either the Ravens or Bengals could win it. Kansas City and Buffalo are still probably the two best teams in the conference, but not by much, especially with questions now about Josh Allen’s injured throwing elbow.

It would not be a surprise to me at all to see the AFC North represented in Super Bowl LVII at State Farm Stadium in Glendale, Arizona on February 12. Maybe they’ll even let Jake flip the coin before kickoff.