It’s time for the Redskins to (finally) change their name 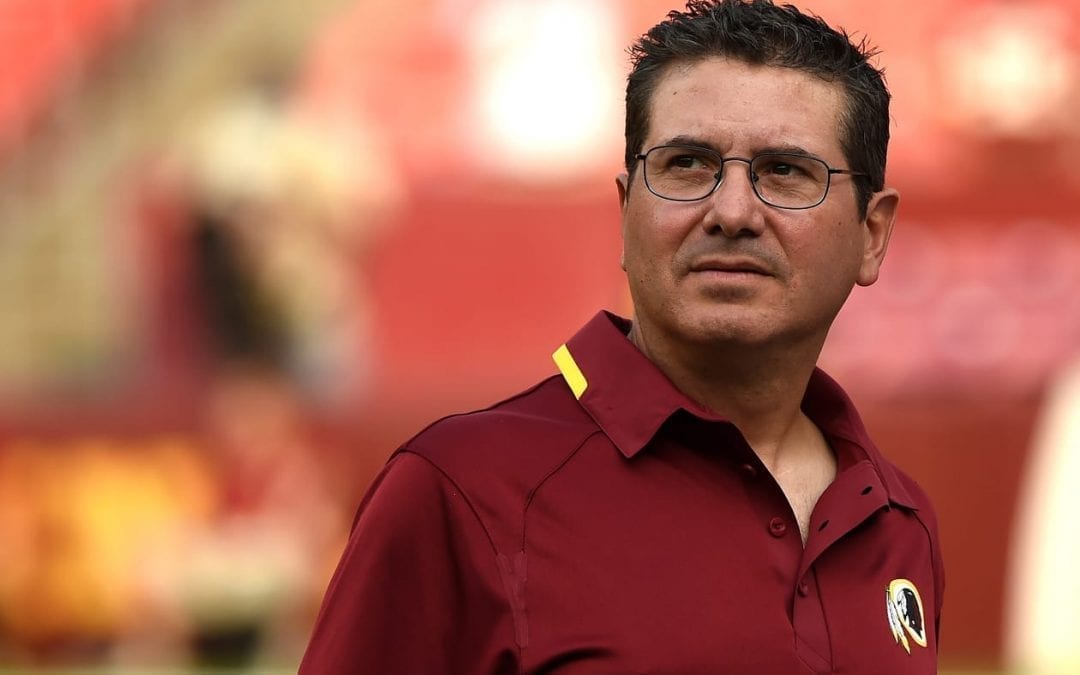 George Preston Marshall was a racist. There’s no question about that. He was the last owner in the NFL to desegregate his team—and that wasn’t until the Redskins added Bobby Mitchell in 1961, 15 years after the Browns broke the color barrier.

It was not Marshall’s choice. The founding owner of the Washington squad was basically forced to add a Black player in 1962 when U.S. Attorney General Robert F. Kennedy declared that D.C. would revoke Marshall’s 30-year lease and force him out of the area if he didn’t desegregate his team. The forced diversity did nothing to soften Marshall’s heart. In his will, he left money to the Redskins Foundation that would better the “health, education and welfare” of children in the city but he said none of his money could be spent on any kind of racial integration.

Marshall might have been influential in the NFL and its early success. But history looks back on him as a bigoted relic, a man who has no place in today’s society and a man who shouldn’t be honored either.

Marshall died in 1969, and more than 50 years later, people haven’t forgotten his views. The statue of Marshall that stood outside RFK Stadium was covered by graffiti in the wake of the George Floyd protests and the Black Lives Matter movement. On June 19, it was removed from the spot where it stood for decades. It was no coincidence that it was Juneteenth. A few days later, the organization announced that it would erase his name from all official team materials. That means he won’t be mentioned on the website. He won’t be honored in the team’s Ring of Honor. He won’t be recognized any more.

Yet, his team’s nickname remains. The Redskins can try to forget about Marshall. They can talk about inclusion and about how black lives do, in fact, matter. Current owner Daniel Snyder—who’s worth $2.6 billion according to Forbes—can donate $250,000 to the organization’s newly created Black Engagement Network. But as long as the Redskins’ current moniker remains in place, it’ll never be good enough.

I grew up in Atlanta. I loved the Atlanta Braves. Yes, they were horrendously bad in the 1980s, but heading to the Fulton County Stadium with my dad to take in a game leaves me with such pleasant memories. The smell of stale beer in the concourse, that sticky feeling on our sneakers as we walked to our upper deck seats, the ability to sneak down to the good seats after the game began because the 5,000 or so other people in attendance didn’t really care where we parked ourselves.

But two memories make me cringe. Chief Noc-a-Homa was the mascot in those days, and from his perch in the left field seats, the Native American man would dance and set off celebratory smoke signals after Braves home runs. A few years later, after Atlanta went from worst to first in the early 1990s, the Tomahawk Chop, pilfered from the Kansas City Chiefs and Florida State fans, began to make appearances multiple times a game. Thirty years ago, it didn’t feel uncomfortable to chop away. Now, it’s beyond bizarre that this ritual is still repeated at Braves games (and while we’re at it, yeah, the teams in Atlanta and Cleveland should change their nicknames as well).

So, it’s not just the Redskins who are guilty of refusing to shed offensive nicknames and actions. It’s just that they’re the most publicly stubborn about it.

Marshall named the team in 1933, and lest you think the movement to change the name was created in recent times, people were actively asking the team to do the right thing 50 years ago.

In 1971, Redskins president Edward Bennett Williams met with two Native American delegations who asked for the team to drop the offensive nickname. Harold Gross, an attorney representing the Native Americans, said, “Using racial groups as symbols instead of people is wrong, no matter how favorable you make Aunt Jemima look.”

In 1997, the Washington Bullets changed their name to the Wizards, because of the violent undertones. In 1994, St. John’s changed its name from the Redmen to the Red Storm for obvious reasons. Two years after that, Miami (Ohio) changed its name from the Redskins to the RedHawks, proving that sometimes professionals are much less professional than the amateurs below them.

In 2014, the U.S. Patent Office canceled the Washington Redskins trademark registration because it was “disparaging” to Native Americans. President Barack Obama multiple times during his term mentioned that the Redskins nickname should be retired.

None of it has swayed Snyder, who has repeatedly said that he’ll never leave behind the name he inherited.  “We’ll never change the name,” he said in 2013. “It’s that simple. NEVER—you can use caps.”

Yes, plenty in life can change in a seven-year span, but Snyder’s mind doesn’t seem to be one of them.

Still, people are protesting and statues are falling and NASCAR is (finally) banning the Confederate flag and minds are changing, and perhaps this will be the momentum that’s needed to punt the Redskins moniker forever. Aunt Jemima has been laid to rest. Maybe the Redskins name can be too.

It was telling that before the statue of Marshall was knocked to the ground a few days ago and carted off to wherever old memorials of racists go off to live the rest of their irrelevant lives, somebody stopped by the statue. That person (or group of people) had a simple message as they began the task of defacing the memorial with red-tinged graffiti. It was a message sent to Snyder on the symbol of the past.

The scrawl written on Marshall’s memorial was quite clear. It read, simply, “Change the name.”