We Are Witnessing the Cliff Dive of LeBron James 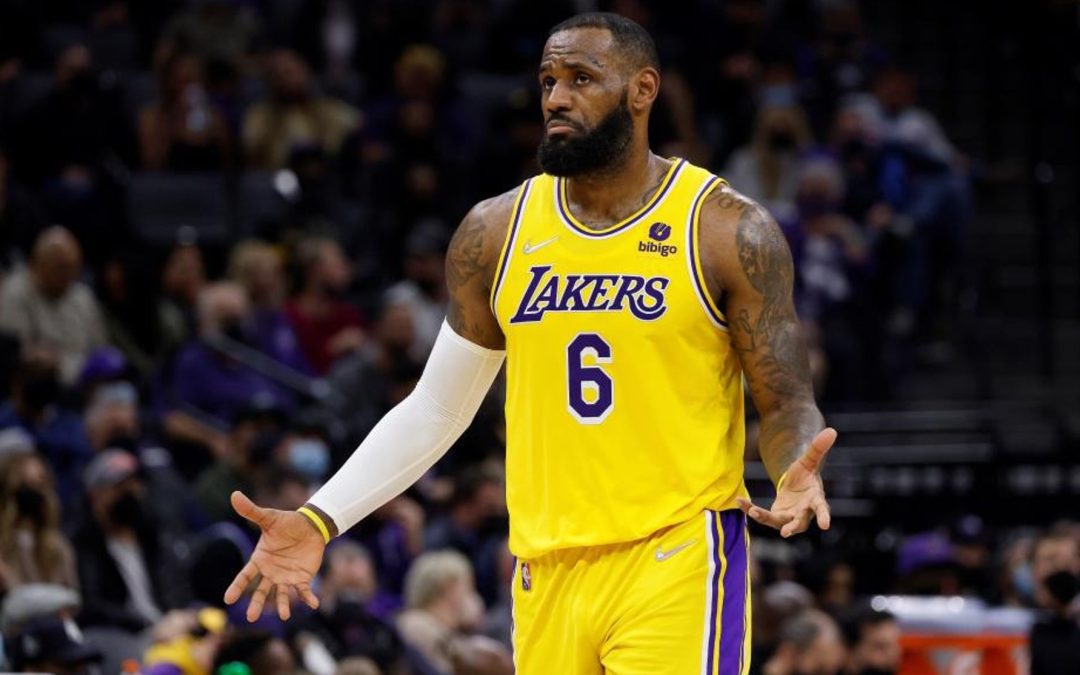 They say Father Time is undefeated regardless of drive or talent. But for the last three seasons, future NBA Hall of Famer LeBron James has been able to fend him off.

Last season at age 37, the man averaged 30.3 points, becoming the oldest player in league history to average 30+ points for a season. He battled major injuries that cost him most of the season the year before. But in the 45 games he played, he averaged 27 points, 8.3 rebounds, and 8.4 assists which have been a typical stat line for most of his career.

And we all know about the infamous 2020 season. Despite Covid stoppages, the passing of NBA and Lakers legend Kobe Bryant, and the confinement of the NBA Bubble, it was LeBron James and the Los Angeles Lakers who ended the season hoisting the Larry O’Brien trophy.

But this season, it looks like Father Time is finally starting to reel him in. As the Lakers sit at 5-10 with a miracle being their only way to vault back into contention, the most glaring thing about their season thus far is the noticeable decline of LeBron James.

James has sat out the last couple of games to nurse a left adductor sprain, but he has played in ten games this season.

His points, field goal percentage, and three-point percentage this season are all his lowest since his rookie season. Yes, 20 years ago.

In terms of three-point shooting, he is shooting this career-low percentage while taking 7.1 attempts which is the second highest of his career behind only last season, where he took eight a game. Then with the free throw shooting, it is not only the worst of his career, but he is also taking a career-low 4.8 attempts per game.

When you cut on the tape, these stats translate that he is driving into the lane less and settling more for deep three-pointers.

Despite still having one of the best physical frames in the NBA, James is no longer looking to capitalize on his slashing and ability to muscle through contact. He has slowly begun to drift further and further out and become more of a perimeter-oriented player.

This playstyle reflects that he is playing more passively and more into his weaknesses than his strengths. Something that we have never really seen James do in his career.

But those are just the raw box score stats.

Many will say that regardless of his age, James’ skillset will always allow him to impact the game by uplifting the play of his teammates.

But when you look closely at the advanced analytics centered around contribution to team success and on-the-floor impact, the numbers suggest that he has not done that so far this season.

When looking at his on-court plus-minus per 100 possessions, LeBron James is currently at -7.6, which is the worst of his career. For context, his previous career low was last season when he was only at -2.1.

Another glaring stat is his on-off plus-minus, which accounts for the team’s offensive and defensive success when a player is on the court versus when they are off. For the first time in his career, James has a negative on-off plus-minus per 100 possessions at -3.4.

But using things like on-off plus-minus is only partially helpful in painting the picture because they tend to be skewed by lineup combinations and bench depth. Two things that the Lakers are struggling with this season.

So, let’s look at a player impact stat that focuses primarily on the overall impact by an individual player in only the minutes they play: RAPTOR.

FiveThirtyEight.com has a player ranking of the best in the league using RAPTOR.

Last season, amongst players that played at least 2,000 minutes, LeBron James was the 10th-best player with an overall RAPTOR of +4.8. In terms of the positions James qualified for, he finished the season ranked 4th amongst points guards, 5th amongst small forwards, and 2nd amongst power forwards.

But this season, James has plummeted down the standings.

With an overall RAPTOR of -2.0, he is the 160th -best player amongst players that have played at least 300 minutes. There is actually a tie between him and Boston Celtics guard Marcus Smart. Amongst his qualifying positions, he is 51st amongst point guards, 63rd amongst small forwards, and 49th amongst power forwards.

Talk about a fall from grace.

No stat is perfect. That is especially true when accounting for only a ten-game sample size. But whether you cut the film on or dive into the numbers, James does not look like himself.

When watching a Lakers game, you do not feel LeBron James’ impact the way you once could in years past. He is not nearly the defensive force he once was, and he has not been able to make up for that by being a dominant player offensively the way guys like Luka Doncic, Nikola Jokic, or Stephen Curry can.

All the injuries, his decline on both sides of the ball, and his 38th birthday around the corner. It makes you wonder: Have we seen the last of LeBron James as a top-10 player in the league?

Only time will tell.