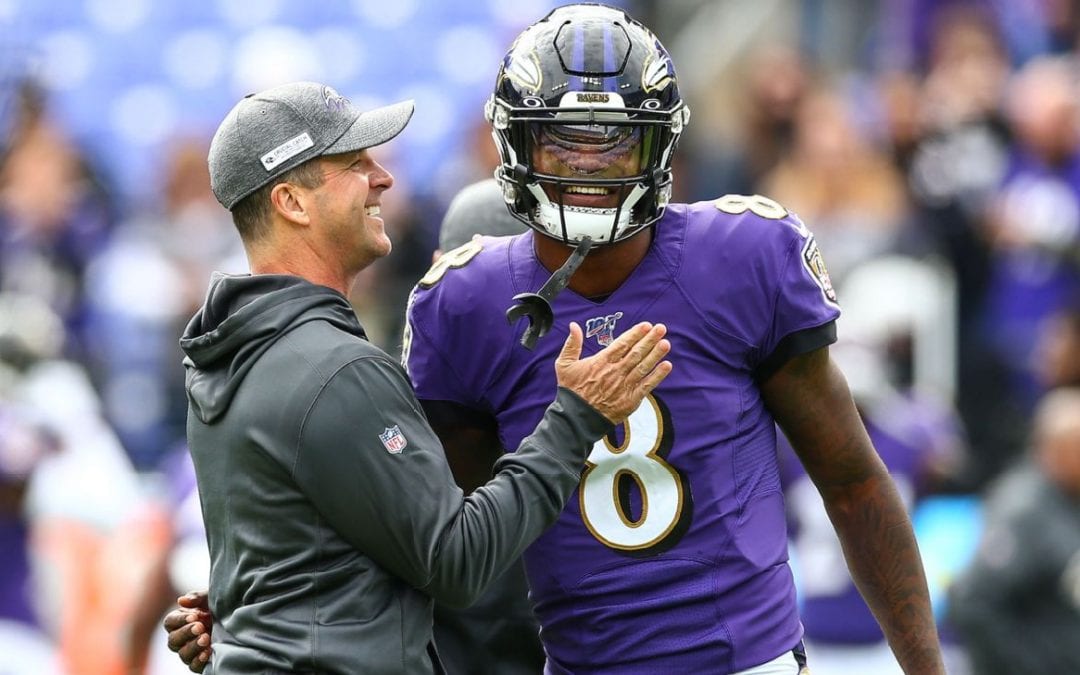 The weekend long spectacle that is the NFL Draft has come and gone. The picks have been analyzed, scrutinized, lauded and criticized. The pundits have overreacted and draft grades have been handed out. For all of the articles that are dedicated to the results of the 2021 draft, the truth of the matter is we really won’t know anything about this draft class until 2024 or so. With that said, the Ravens made 2 picks in round 1, which was a surprise to yours truly. Along the way, they added depth at some already strong groups (secondary), fulfilled some needs at interior OL, WR and edge rusher but also took a few chances. In the wake of the draft cornucopia, I’m left wondering what happens now.

The first question I had was what to do about right tackle in the wake of the Orlando Brown trade and DeCosta opting against selecting a tackle last weekend. Even though there was speculation of a veteran free agent signing, I was harboring doubt until it became official. On Tuesday morning, the Ravens and former Steeler offensive tackle Alejandro Villanueva came to terms on a 2 year, 14 million dollar deal. That signing, along with the widely rumored move of Bradley Bozeman to center and the drafting of the monstrous offensive guard from Georgia, Ben Cleveland, will seemingly put to bed any lingering questions about who will line up in front of Lamar Jackson this fall. How that group comes together will be a storyline to follow throughout OTAs and into training camp.

In the lead up to the draft, Ravens GM Eric DeCosta scoffed at the notion that wide receiver was a position of need. I don’t know that any fans or media believed him but we all know that the weeks leading up to the draft are full of smokescreens, misdirection and out and out lies from NFL front offices. True to form, the Ravens nabbed Minnesota WR Rashod Bateman with the 27th pick. Bateman checks all the boxes for what the Ravens need at receiver; polished route runner, good hands, will fight for contested catches, can play outside or in the slot and can take a short completion to the house.

While the Bateman pick was not unexpected and several mock drafts had him landing with the Ravens at number 27, what was a bit of a surprise was the selection of Oklahoma St wide receiver Tylan Wallace with pick number 131. When I say that the Wallace pick was a surprise, it’s not a question of talent; ESPN’s Todd McShay said that Wallace was his favorite pick for the Ravens. What was surprising to me was, given the drafting of Bateman, the recent signing of Sammy Watkins and the current WRs on the roster (Hollywood Brown, Miles Boykin, Devin Duvernay and James Proche), the wide receiver room is a little bit too crowded. This leads to a few questions……is the organization already giving up on one or both of their 2020 WR selections? Has the organization soured on Miles Boykin after being a starter for the last 2 seasons? Or, has there been some internal discussions to give Boykin an opportunity to bulk up and try a move to tight end? Of course that supposition draws comparisons to former Raven and now Pro Bowl tight end with Las Vegas, Darren Waller. There’s no way of knowing if that has been brought up within the organization but on the surface, it makes a lot of sense. Boykin is an excellent blocker and at 6’4”, 220 pounds, it’s not a stretch to have him add a little bit of weight to handle playing inside. Watching the wide receiver situation play out over the summer will definitely be intriguing.

Heading into draft weekend, the Ravens biggest need was arguably edge rusher. In an effort to address this need, Baltimore selected Odafe Oweh from Penn State with 31st overall pick. The coaches and front office staff heaped praise on Oweh and glowed about his pre-draft workouts. Of course, the elephant in the room for Oweh is the goose egg in the sack column last season. Perhaps it’s nothing to be terribly concerned about and maybe it’s just bad optics but either way, committing a 1st round pick to an edge rusher that was unable to sack the quarterback last year is something that will not go away until he brings down an NFL quarterback for the first time. Given that the team is still thin on the edge, I won’t feel better about the pass rush until the speculated signing of Justin Houston (or another veteran) becomes a reality.

My last question/concern is about the interior defensive line. With the contracts of Brandon Williams and Calais Campbell set to expire after the 2021 season and only Derek Wolfe signed beyond this season, I thought there would be a more concerted effort to address defensive tackle in the draft. The Ravens did select Notre Dame DE Daelin Hayes on Day 3 but did not draft a defensive tackle. They did, however, add Arkansas defensive lineman Xavier Kelly as an undrafted free agent. Given the organization’s success with undrafted rookies, perhaps they’ve found a gem in Kelly but only time will tell. Still, the defensive line depth is a big concern moving forward.

All in all, the Ravens have received solid draft grades from many analysts, which is pretty much business as usual for Baltimore. The hope is that the Ravens’ top 3 selections will make an immediate impact this season, while some of the other picks will be contributors on special teams or as depth on the 53 man roster.

With the draft in the rearview mirror, there is still work to be done in filling out and shaping the roster for 2021. For an organization with plenty of talent and championship aspirations, there are still spots to be filled and position groups to be sorted out. We can only wait to find out what’s next.