Where Are The Innings Coming From? 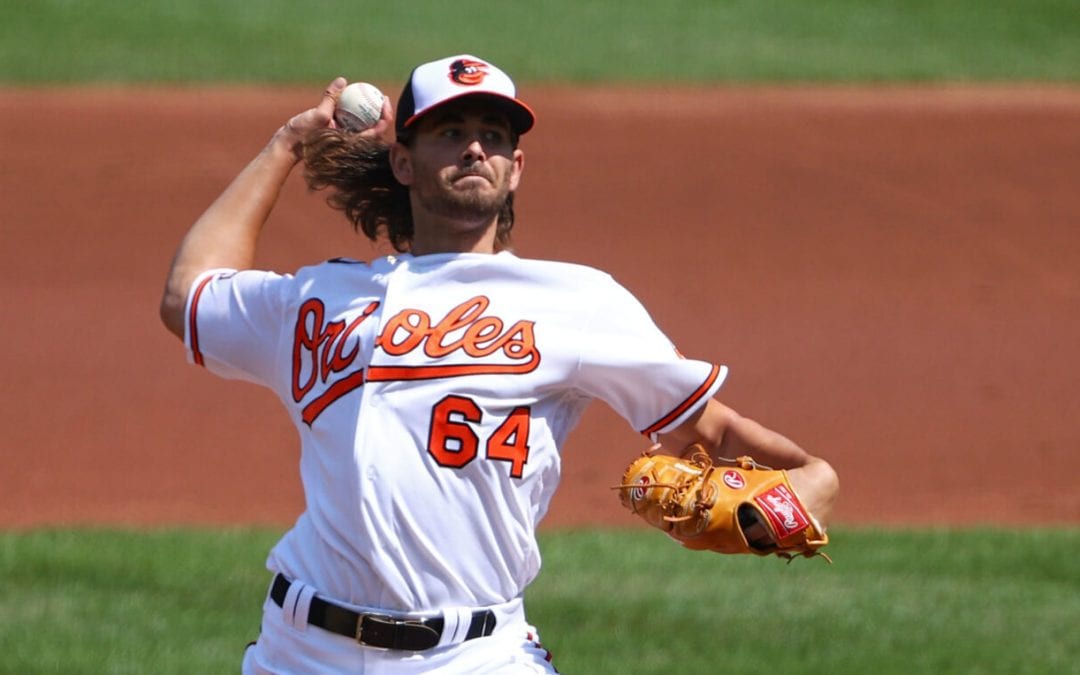 Major League Baseball’s 2021 season will look different than most seasons. While nothing can top the sprint of 2020, this season will test organizations like never before. Pitching is always a a fragile commodity. Using data from sports website, Spotrac, Major League Baseball spent, as an industry, over $300 million on injured pitcher salaries during its last full season of 2019. The pitcher injury epidemic isn’t anything new for the sport, but the 2021 season puts a completely new twist on the whole subject.

There is a general rule of thumb that pitchers should regulate pitcher innings increases from one season to the next between 20 to 30 percent. While one could correctly argue that this belief hasn’t prevented many injuries, all 30 Major League teams are facing a dilemma this year. How can any team ask any of its pitchers to give them 200 innings when last year’s Major League leader in innings pitched (Lance Lynn) pitched just 84 innings?

The answer is simple.

All 30 teams will be testing its organizational depth and innovation as they navigate the year. More teams are investing in pitching labs and Biomechanics. Pitching technology such as Rapsodo are helping a bit. Places such as Driveline are using the science of Biomechanics to help train pitchers. But, none of that will make 2021 look like any semblance of a normal pitching season.

The Baltimore Orioles have the same exact challenge as the New York Yankees, the Los Angeles Dodgers, the New York Mets, and all of the other pennant challengers. The major difference is that Orioles get to do it without the pressure of a pennant race. While surprises could happen–and the possibility of so many pitching problems across the sport make them a little more likely–the general and realistic expectation is that this is a developmental year for the entire Orioles organization.

In some ways, this can make the pitching problem a bit easier for the Orioles as they can map out a plan for every single pitcher in the organization with safety at the forefront. Contenders like the Yankees will protect their pitchers, but when it comes to a playoff push, there is no doubt that Gerrit Cole is going to pitch as much as possible. In fact, it’s already been reported that they plan on him pitching 200 innings. The Orioles will not need that. But, they will definitely have to get creative.

Let’s start with some math. The Orioles will need to cover approximately 1,458 innings, assuming that each game goes nine innings. Of course, some nights their staff will only have to cover 8, some nights will be extra innings, and if they play double headers, games will only be 7 innings. But, let’s work with that number.

During the last two complete seasons–2018 and 2019–the Tampa Bay Rays led in innings pitched by a bullpen with 772 in 2019 and 824 in 2018. At first, the Rays were looked at as outliers as their bullpen pitched 200 more innings than the second most taxed bullpen in 2018. But, the copycat nature of the league took over in 2019 as the Rays relievers only pitched 10 more innings than its nearest competitor.

So, let’s assume the Orioles follow the Rays and dole out 800 innings to its relievers. That’s probably going to be the case for most teams. Many organizations are talking about a six man rotation and even doing some tandem starts. So, 800 innings to the bullpen seems realistic for a club, especially the Orioles. If they employ tandem starting, those innings will add up.

That leaves over 600 innings for the designated starters. That’s still quite a bit.

Here’s another big assumption: John Means makes 30 starts for the Orioles in 2021. The 28 year old southpaw is a prime trade candidate, especially if he pitches like he did down the stretch last season. But, let’s assume he makes 30 starts. On average, he gives 5 innings per start for a total somewhere around 150 innings. That’s more than 100 innings than he pitched the year before. But, considering his age and the lack of the long term importance to the organization, the Orioles could push him to surpass that. If he remains healthy, that’s a possibility. They are risking his long term health, but the question has to be asked: do they care? And, of course, if he pitches well, he will be traded. But, let’s use that 150 innings as baseline, which still might be too high.

That still leaves approximately 450 innings to cover with younger pitchers such as Keegan Akin, Dean Kremer, Bruce Zimmermann, and eventually–possibly–Michael Baumann, Zac Lowther, Kevin Smith,  and Alex Wells. You can also add the veterans on Minor League contracts as possibilities to eat some of those innings. So, Matt Harvey and Wade LeBlanc are still possibilities. Although Felix Hernandez had to shut down because of injury, a need for innings likely gets him some starts for the Orioles, even if he misses a couple of turns.

Akin and Kremer pitched 25.2 and 18.2 innings respectively last year. While they did pitch at the alternative camp before getting the calls to the big team, asking both of them to give 100 innings is a stretch. Unlike Means, they are a part of the long term success of the organization. But, let’s give both of them 100 innings each. Now, the remaining starters need to give 250. It is doubtful that any of the three veterans in camp can give 100 innings on their own, but is it unrealistic to think that they can combine for 100 innings? Perhaps, but that need will give them each every possibility to make the 26 man roster. Those innings are important and needed.  Then, the other 150 can be divided among the other young pitchers.

There is a lot to be excited about this year in Baltimore. Many young prospects will be making their debut. The fans get a full season of Ryan Mountcastle, the return of Trey Mancini, and get to see players like Cedric Mullins and Austin Hays fight to be Major Leaguers. Maybe Anthony Santander continues his upward trajectory. And, most importantly, there is so much young pitching to see. That will definitely be paramount in roster construction.

The 2021 season will necessitate that the Orioles will need to carry, at times, 14 pitchers on the roster and roll with a 3 man bench. Most teams will need to. They will have to employ tandem starts at some point this season. They will need to employ a six man rotation for periods of time. This isn’t unlike other organizations. But, the Orioles can safely give all of their young pitchers experience in a variety of roles. They can start them as openers. They can let them go longer in some starts. They can use them in tandem. Every pitch against another Major Leaguer is crucial for their development.

If the Orioles are smart, they can maximize experience without maximizing innings. Without the pressure of a pennant race, the 2021 Orioles can set up their bevvy of young pitching prospects to rebuild their innings totals in a safe, controlled way. How they deploy their young pitchers will say an awful lot about their Player Development Department and General Manager Mike Elias’ innovation. And, it will directly impact their ability to compete in 2022 and 2023.

Yes, the 2021 season has everyone awaiting the arrival of Adley Rutschman, Yusniel Diaz, Ryan McKenna, and others, but the season will most be remembered for how the organization handles its pitching development and how it divides up the 1,458 innings.