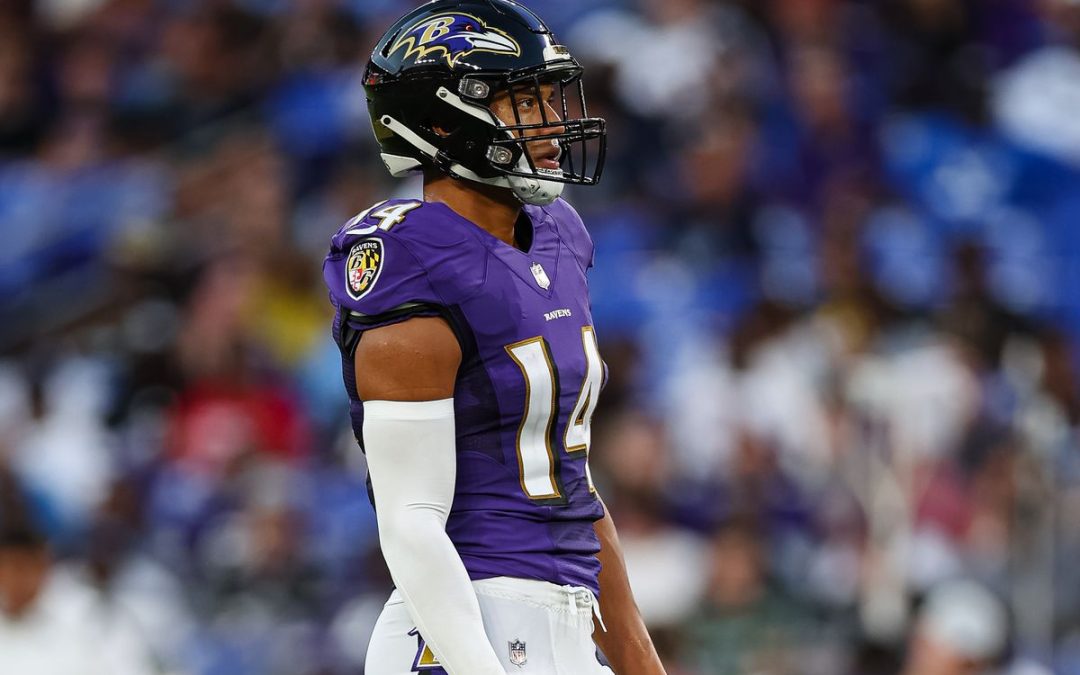 November 27th was the last time the Ravens offense scored over 20 points a game. It came in a loss to the Jaguars in which Lamar Jackson had his highest graded game of the season. Sunday’s loss to the Bengals just underscores how important he is to the offense. The Ravens fell 24-17 to officially end their season. The offense had remained in neutral during the entirety of Jackson’s absence. The most frustrating bit is how well the defense has played. Since the aforementioned Jaguars game, the defense has not allowed more than 20 points. So, you can understand the frustration this fanbase has been going through. Sunday’s game was yet another instance in which the defense played lights out and good enough to win but the offense failed them yet again. The Ravens best player over the last month was running back, J.K. Dobbins. Dobbins averaged a league best 7 yards per carry during the last month and only received 13 carries in their biggest game of the season. Dobbins voiced his frustration after the game about not getting enough touches and rightfully so. This offense has been frustrating all season and Sunday’s loss was as perfect exclamation point to close out the painful year. Below I will highlight some key players and who played well and others who did not perform up to expectations. All grades are courtesy of Pro Football Focus.

Hamilton finishes the game as the highest graded player this week with a mark of 90.8, his fourth game this season with a mark of 90 or higher. Hamilton has been the Ravens best player on defense this season. He finishes the season as their highest graded defensive player and the highest overall graded safety in the league. The rookie made his mark in this contest by forcing a fumble on former Raven, Hayden Hurst, and also recovering the fumble. Hamilton had 9 total tackles and did not miss any tackles on his 53 total snaps. Hamilton once again operated almost exclusively as a slot corner; out of his 53 snaps, 50 were in the slot. He has quickly developed as one of the best hybrid players in the league. After a slow start to the season, Hamilton has emerged as one of the best players in the league and should be a key player to this defense for many years to come.

Houston comes in second this week with a PFF grade of 90.2, his best game of the season. Houston capped 12th NFL season with a strong showing. He had 3 pressures, 2 hurries and a sack. The veteran had an eye-popping 42.8 pass rush win percentage which was easily his highest of the season. It is unfortunate the Ravens wasted such a solid effort from this defense because Houston and company did enough to deserve this win. Houston is set to be a free agent this season. Hopefully the Ravens can bring him back on another team friendly deal. Houston finishes this season with a very good 77.1 overall PFF grade which was in the upper half of the league and third on the Ravens behind only Hamilton and Roquan Smith.

Oweh checks in as the third highest graded player this week. He finished the game with a PFF grade of 89.4, his highest of the season. Like I mentioned with Houston, it is unfortunate the Ravens wasted a solid effort from this defense. I say this because Oweh had easily his best game of season. His highest grade coming into this game was 77.3, all the way back in week seven vs Cleveland. Oweh had a season high 2 sacks on 21 pass-rush snaps. He also added 4 pressures and 2 hurries. Oweh had a disappointing sophomore season in terms of grade. He finishes 2022 with a grade of 60.1, which is 7 points lower than his rookie campaign. He had less pressures, sacks, hurries and had one more missed tackle. Still somewhat of a project, expect Oweh to continue to improve and hopefully have a bounce-back season in 2023.

Huntley checks in as this week’s lowest graded player. His PFF grade was 48.1 which is also his lowest graded game of the season. Feel bad for Huntley, he made a lot of plays (running and passing) and should not have been forced to run a QB dive that eventually led to the game ending play. When you have that sort of fumble and it leads to 6 the other way, the grade will unfortunately suffer. But Huntley also did have an ugly interception in the first quarter and missed Ricard on an easy flat route that would’ve been a TD. But he played well considering his receiving options are guys who should have no business being starters in the NFL. Huntley finishes this season (including playoffs) with 4 touchdowns, 4 interceptions and 6 turnover worthy plays. Huntley is a fine backup because he can run the Lamar offense but there is a reason why he went undrafted. But all in all, I would like to see Huntley continue to serve as the Ravens backup going forward as long as Lamar is in Baltimore.

Peters comes in as the second lowest graded player this week with a mark of 51.7, his second lowest graded game of the season. Peters was fired up in this contest especially early on, he was in all of the Bengals’ wide receivers faces and even drew a 15-yard penalty on a taunting call. This was Peters’ first game action since week 15 and he was surely rusty. He gave up 4 catches on 6 targets for 40 yards but a few of the catches were on crucial third downs that extended drives and led to points. Peters’ contract is expired and he is set to be a free agent. Going into his 8th season, you wonder if the Ravens will be able to bring him back on a modest deal. Say what you want about Peters, he plays with tons of heart and emotion, something you cannot teach or coach. The guy has a passion for the game and winning and it can sometimes boil over into arguments or penalties but you need guys like him especially on defense that will not back down. His grade of 65.2 is his lowest mark since 2018.

Power finishes the game with a 56.3 grade, his lowest since week 12 vs the Jags. Powers had another great game in terms of pass blocking, he finished with a 78 overall pass-blocking grade but the grade was dragged down by yet another poor run blocking performance. Powers has been one of the best pass-blocking guards in the NFL this season. His 86.7 pass-blocking grade ranked second amongst all guards this season. But his run-blocking grade of 50.1 ranked him near the bottom. Overall, powers had a break-out season. He is expected to hit free agency unless he can work out a deal with The Ravens. The offensive line was a bright spot this season considering all the injuries to the rest of the offense. Powers might have priced himself out of Baltimore with his performance this year.

Now that the season is mercifully over, the Ravens have yet another big off-season coming up. When do they fire Greg Roman? Does Lamar get a long-term extension? Do they go after a big-name wide receiver? All of these questions will be answered as the months gradually pass. But they all need to be addressed. The fan base has grown tired with the practice squad level wide receiver and a 1980’s style gameplan. As good as Lamar is, you cannot realistically expect to compete with the AFC elites when you’re trotting out Sammy Watkins and Demarcus Robinson. One side note, hopefully they stop drafting Tight Ends. There is literally 5 of them on the roster. Go get a quick wide receiver and stop rolling out these 3 tight end sets on early downs. The team can manage with the core they have now. This season was surely lost once Lamar went down. They need to a fresher gameplan and at least one competent wide receiver to help him out. The defense is elite and will only get better especially once Ojabo can get rolling. It’ll surely be an interesting next few months.