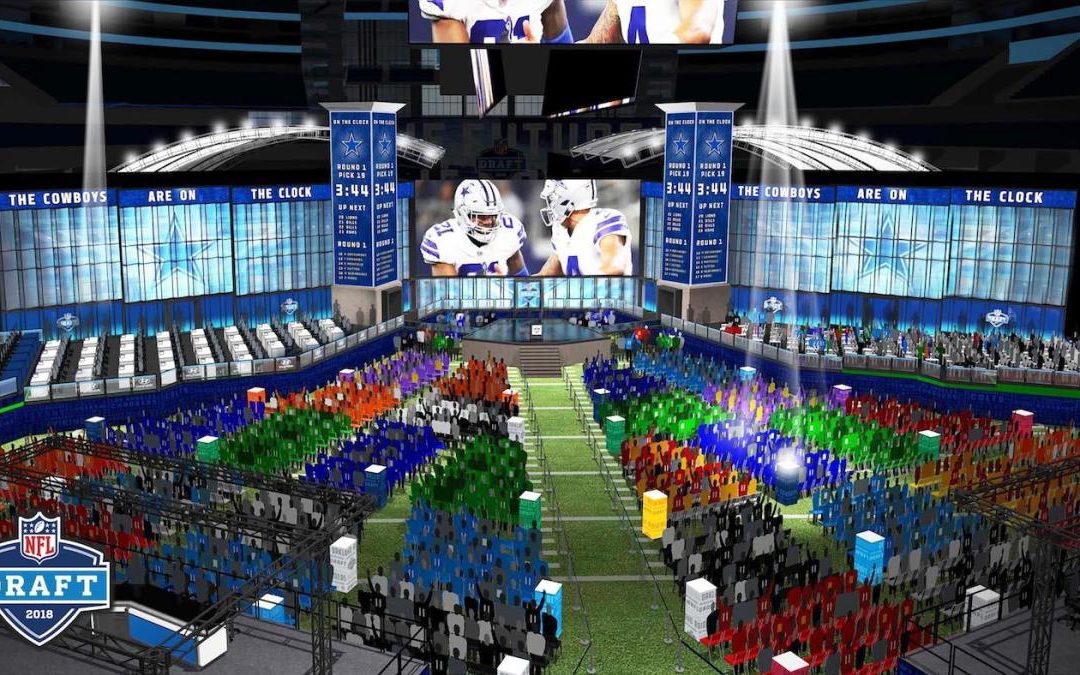 It’s said that one can’t accurately judge an NFL Draft class until three years after the fact.

The 2018 NFL Draft was recent enough that fans can still recall hype around those players, and it’s far enough in the past that those players drafted have had a substantial opportunity to prove themselves.

When thinking about a re-draft, the first thing you do is look at the best overall players. From there, you think about a team’s needs then and their needs now. Lastly, remember—just like the original draft—re-drafts aren’t an exact science. They’re meant to have some context and be thought provoking, but also fun.

To refresh your memory, here is a link to BSL’s 2018 Draft discussion. Additionally, you can find some BSL articles here, here, here, and here, leading up to or after the ’18 Draft. Lastly, here’s a link to every pick that was made that year.

It’s clear that the best player in that draft class was none other than Lamar Jackson. There were many other studs taken, so placing them in the best spots wasn’t an easy task. Here we go.

Even in re-drafts, the best players aren’t always selected sequentially. Remember too that 1st round picks have a 5th year option available to teams, per the CBA. Therefore, teams may “reach” for cornerstone positions like quarterback, offensive tackle, and edge rusher on the chance that player pans out and they have his right for five years instead of the usual four.

The standout picks to me were Jackson to the Browns, James to the Bears and Brown, Jr. to the Steelers.

Think for a minute what the safety tandem of Eddie Jackson and Derwin James would be like to watch. Even Aaron Rodgers would have his hands full.

What about Jackson as the Browns quarterback, after decades of them searching for their franchise leader? They had the chance to pick him (twice) but didn’t. Thank goodness!

Orlando Brown, Jr. and his nasty disposition holding down the Steelers offensive line—the archrival of his hometown team? Wow. That would be interesting to say the least.

Something else that’s interesting to do is do a mock draft for your favorite team using only the players drafted in that year.

Elliott’s athleticism and competitive fire is the perfect catalyst for the Ravens defensive backfield. He’s a burgeoning leader and has fought through some tough injuries to perform well, while still having room to improve. A very good investment for Eric DeCosta and Co.

Going back to the Notre Dame well for offensive lineman looks to be a wise move for the Ravens, pairing one Fighting Irish tackle with another. Adding McGlinchey to man the right side while All-Pro Ronnie Stanley holds down the left side is a point of hope for Ravens fans (and their quarterback) when looking to the future.

The Ravens love versatile tight ends, and Gesicki is just that. He’s a tough, dynamic playmaker, and would fit right into this Ravens offense.

A current Raven, Averett has proven his worth this season, as he’s been tested by the best receivers on the opposing team. Averett represents even more value to Baltimore given how many injuries this secondary has had to navigate.

Hines is a good back that is stuck behind a great back in Jonathan Taylor. At this point in the draft, Hines would be an excellent pick for the Ravens. Like Gus Edwards, he would continue to keep the offense moving forward if called upon, whether for a drive or a few games.

Flowers brings size and ball skills to the Ravens secondary, which they’ve clearly sought to revamp in this draft. As the 3rd defensive back taken this year, Flowers brings the potential to replace Jimmy Smith and duplicate the production they hope to get out of current cornerback Chris Westry.

Cole bolster’s Baltimore’s offensive line and allows DeCosta to use his draft capital elsewhere for the duration of the draft.

In 2018, the Ravens selected Hayden Hurst and Mark Andrews, so selecting two tight ends in this scenario (Gesicki and Schultz) is surely a possibility. Schultz has averaged 11 yards per reception and has scored seven receiving touchdowns since the beginning of 2020.

Though this isn’t a need, the Ravens have 11 draft picks in 2018, so they’re bound to double up at one or two positions. In his brief career, Scott has averaged one rushing touchdown every 21 carries. Getting that return at pick No. 190 may be too hard to pass up.

Joseph is a reserve defensive lineman that will compete for a starting role. This season, he’s made 3.0 sacks in seven games, and in those games has played just under 70 percent of the Rams’ defensive snaps. He could be that prototypical player who can’t quite crack Baltimore’s starting lineup but is able to garner a starting position elsewhere.

Perhaps DeCosta knows that players he can’t start are capable of starting for another team and drafts them anyway foreseeing favorable trade compensation somewhere down the line.

Seiler was Baltimore’s actual selection at Pick 238, and he goes to the purple and black here as well. All defensive line prospects should have their eye on the Ravens as Baltimore continually produces outstanding defensive linemen, regardless of where they were selected.

In eight starts for the Dolphins since 2020, Sieler has made 75 tackles and has registered 11 quarterback hits and 3.5 sacks. He ensures little drop off when the Ravens go to their 2nd unit.