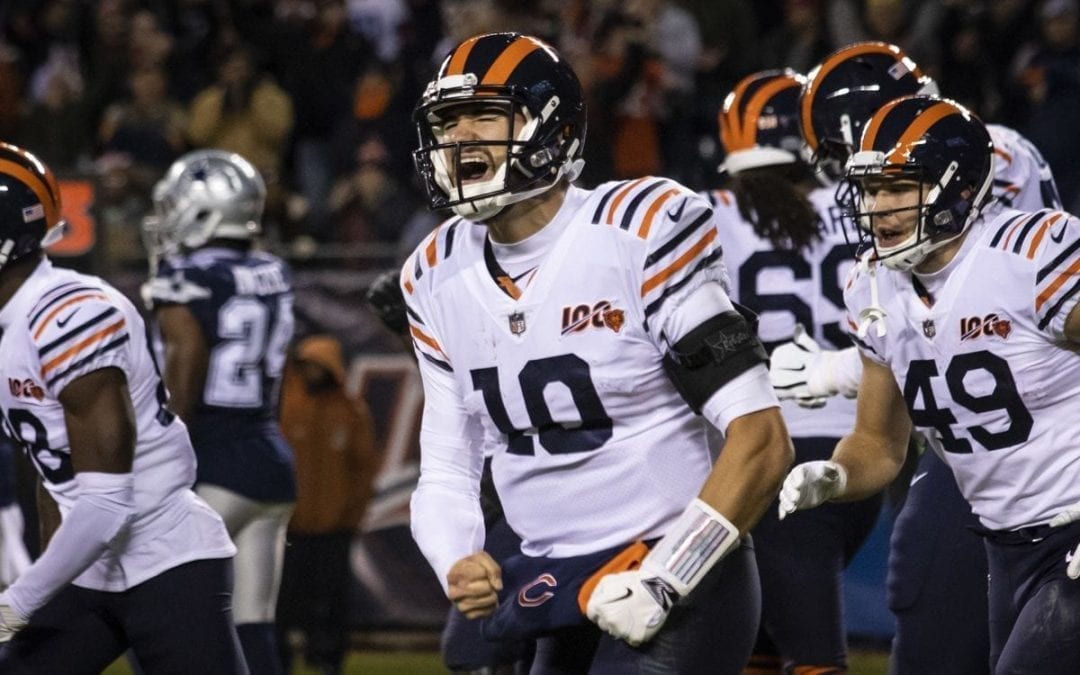 Another coaching head has rolled down the road into unemployment before the end of the regular season. This time, the unlucky man was Ron Rivera. Were you surprised? It was hard not to be.

After all, this was a man who just a few years ago had the Carolina Panthers in the Super Bowl after finishing the 2015 season with a 15-1 record. And while the team had its struggles since then, they were hampered because their star quarterback Cam Newton dealt with one injury after another.

And yet, new team owner David Tepper decided he wanted to put his own stamp on the team after inheriting the current coaching staff. That’s fair. It happens in the business world all the time. Rivera will be fine. There should be a plethora of jobs to choose from and teams will undoubtedly pursue him.

While we’re at it, let’s break down the other coaches on the hot seat.

Had the Giants taken a quarterback in the first round last year, maybe Shurmur would have caught a break this season. But they didn’t, so he and Eli Manning stumbled to a 5-11 record. When you add that to their current 2-10 mark this year, the writing is on the wall.

And Shurmur, to his credit, understands the pressure that falls on his shoulders.

His comment came after team co-owner Steve Tisch expressed his frustration over the trying campaign, adding that he would have some “very honest” conversations about the future once the season ends. We all know what that means.

Another guy who has reached the Super Bowl recently, but as Rivera’s firing proved, the good feelings from that can only last so long. The Falcons missed the postseason last year with a 7-9 record and have consistently tripped over themselves in 2019.

They’re sitting at 3-9. They have too much talent on this roster to be this bad.

Another talented, but underperforming roster. It’s hard not to feel a measure of sympathy for the man, since he was thrust into being the head coach of the Browns before he was ready for such a job. This team needs an experienced name at the top.

The Cowboys really needed a win on Thursday night. Instead, they got beat bad by the Bears on the road. Don’t believe the 31-24 final score. The game wasn’t that close. That’s just embarrassing. Remember, they started this season by winning their first three games. Since then, they’ve gone 3-7.

Who wouldn’t love to have Jerry Jones as a boss? He loves his players and he REALLY loves his head coach. Garrett has been aggressively average with a few spurts of success since he took over for Wade Phillips in 2010.

And while most teams would have cut him loose five years ago, Garrett has managed to continue clapping on the sidelines with the full blessing of the front office.

I’m not saying he’s definitely going to get fired. I’ll believe that when I see it. Maybe this latest ugly defeat will help Jerry finally cut the cord.

The Chargers are truly outstanding at finding different ways to lose. Lynn doesn’t deserve to be fired yet, as he’s coming off back-to-back playoff seasons. However, his seat is getting a tad warm. A 4-8 record with the kind of talent on this team isn’t acceptable.

1) Ravens — Lamar Jackson is most people’s pick for the MVP award, they’re riding an 8-game winning streak and have beaten the other top teams in these rankings. On a side note, can you believe they lost to the Browns earlier this season? Seems like half a lifetime ago.

2) 49ers — Kudos for hanging tight with the aforementioned Ravens on the road in rainy weather. They more than held their own and lost on a last-second field goal. Their last four games will be a challenge though, as they face the Saints on the road, before taking on the Falcons (easy one) and then closing the season against the Rams and Seahawks.

3) Saints — They’ve already clinched the NFC South title and now can work on their playoff seeding. A win over the 49ers will go a long way towards getting at least one home playoff game.

4) Patriots — I’m not panicking about this team. No way. I’ve said it many times, but I won’t believe the Patriots are out of it until the playoffs, when I see the clock hit 0:00 and they have less points than their opponent. New England’s offense might look a tad pedestrian, but there’s still enough time for them to figure things out.

5) Seahawks — They can beat you in different ways. They can pound you into submission with Chris Carson and a suddenly productive Rashaad Penny on the ground, or let Russell Wilson kill you with big plays in the passing game. Don’t be surprised if they manage to beat the 49ers again later and win the NFC West.

6) Bills — People mocked the Bills for taking Josh Allen with the No. 7 overall pick last year. And sure, he’s not Tom Brady, but whatever he’s doing is good enough. It always helps to have mobility. That win over the Cowboys on Thanksgiving came in front of many eyes who probably haven’t bothered to watch this team all season.

7) Chiefs — Patrick Mahomes and the offense looked to be firing on all cylinders against the Raiders last week. They have a chance to make a major statement if they can take out the Patriots on the road on Sunday afternoon.

8) Packers — What does this team do well? They’re 13th in passing yards, 19th in rushing yards and their defense is good, not great. Lucky for them, they’re sitting at 9-3. They’ll be in the playoffs, but how they do once they get there is anyone’s guess.

9) Texans — Another team that’s hard to figure out. Are they the squad that looked great against New England or the one that got boatraced by Baltimore? Tough to tell.

10) Vikings — Kirk Cousins is a talented quarterback, so stop asking about him. However, I never thought I’d say that a Mike Zimmer coached team has problems defensively. They’re easy to score on.

Not OK Boomer: Sorry, I’m not calling Tom Brady a Baby Boomer, since like me, he’s Generation X. However, he’s on the Patriots’ injury report this week with elbow and toe injuries, which are the kinds of random ailments that strike guys our age. The toe injury is the worrisome one, since he’s not the most mobile quarterback. If he has problems moving in the pocket, that means he’ll take more hits.

Watch your mouth: 49ers team broadcaster Tim Ryan got suspended for saying that Lamar Jackson’s “dark skin” makes it difficult for defenders to follow the ball when he fakes handoffs. That’s a fair punishment, as he probably should have found a different way to express that thought. It should also be noted that Ryan has support from 49ers players, including Richard Sherman and Dee Ford.

“I know Tim personally and I listened to the dialogue and saw it written, and honestly I wasn’t as outraged as everybody else,” Sherman said.

Ryan isn’t fighting the suspension and he’ll be able to return to work. I’m sure he won’t make the same mistake again.

Fun fact: The Bills and Ravens face off this week. Lamar Jackson and Josh Allen have 1,407 combined rushing yards this season, the most ever for a QB matchup ever. Who would have thought that?

Ravens at Bills: This will be a test for both defenses here. The Ravens will have the advantage since Lamar Jackson is little better thrower than Josh Allen. If the Bills can eke out a win at home here, and the Patriots lose, they’re suddenly in play for a division title.

49ers at Saints: Simply delicious matchup. Warm up the beignets and pour me a hurricane. I can’t wait to see what goes down here.

Titans at Raiders: How about that Ryan Tannehill, huh? The man flames out in Miami, only to be resurrected in Tennessee. What a story. Meanwhile, the Silver and Black are trying to stay relevant in the playoff race.

Chiefs at Patriots: If you’re not excited to see this game, why do you even watch football?

Seahawks at Rams: Los Angeles is just a game out of the last wild card spot and has a good chance of getting a win at home on Sunday night. Let’s hope we see the good version of Jared Goff.