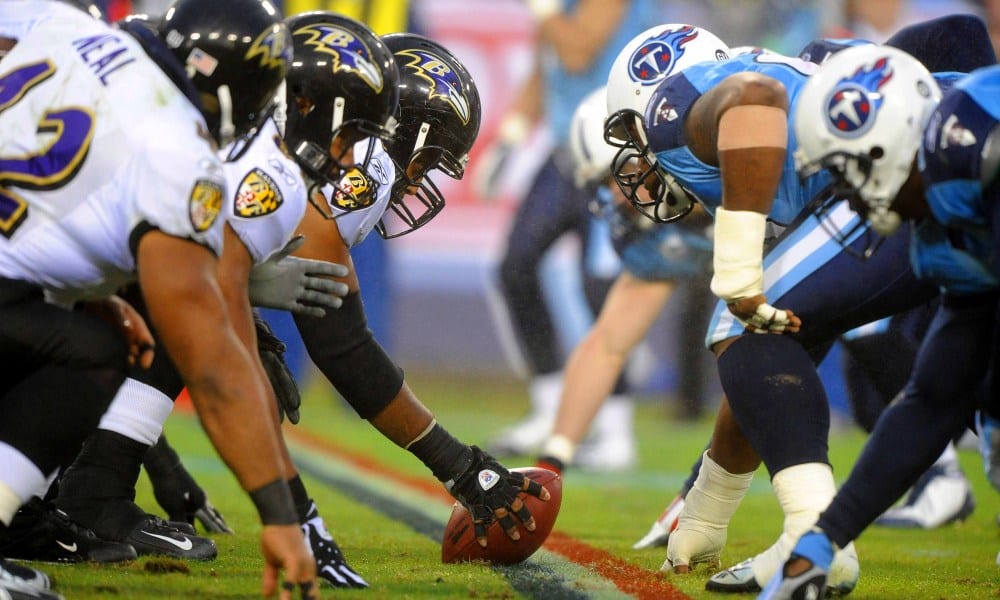 At the risk of dating myself, there was an old “Saturday Night Live” sketch that has always stuck in my mind. I can’t remember who acted in it and I don’t even really remember what it was about. But there was a line in the sketch that was repeated about 100 times:

Again, I can’t remember the context, just that one line that was repeated ad nauseum. And like so many useless bits of information that settle permanently in our brains over a lifetime, that one has never left. It just pops up every now and again.

Which brings me to Russell Wilson. The man played two games over the span of five days and the performances couldn’t have been more different. Last Sunday against the Rams, you saw a man desperate to make a play. A man who seemingly had no faith in the rest of his teammates to match his level of effort and performance. It was disturbing to watch. And his head coach even called him out on that.

“Russ would tell you that he always tries hard. He tries as hard as he can,” Pete Carroll said via 710 ESPN in Seattle. “But there is a point in there where you feel like if I don’t do something here, maybe it won’t happen. And that’s where over-trying does take place.”

Wilson was clearly over-trying. And his stats were the proof as he committed seven turnovers over the span of two games. He was pressing. He was out of sorts. But all hope was not lost.

In short, Wilson needed to do one thing: Simmer down, now!

And he did. With Carroll expressing his desire for the Seahawks to “get back to mixing our stuff and back to balance so we’re not just relying on the throwing game where they can keep calling their stuff to get after you,” the team did just that against the Cardinals on Thursday night.

With Carlos Hyde leading the way, the Seahawks ran for 165 yards and won the time of possession battle by almost 11 minutes. Wilson passed for less than 200 yards, but he completed 23 of 28 throws with 2 touchdowns and didn’t turn the ball over.

See what happens when you simmer down and stop pressing? Good things happen, that’s what. The Seahawks’ mini losing skid is over and they’re back on top of the NFC West standings. Well done.

This isn’t good: I said before the season started that the NFL would find a way to deal with the coronavirus crisis. I feel like a dolt for not seeing this latest wave of infections coming. As the weather has turned colder, more and more players are falling ill and it’s difficult to say with certainty that we’ll get through the regular season without canceled games.

What was that? Did you see the photos of Justin Herbert’s haircut this week? I normally don’t care for Twitter dogpiles, but the one that greeted Herbert’s new hairdo was not totally out of bounds. This is what happens when you let someone on the coaching staff touch your head. I hope he didn’t pay money for that service.

Wow, already: Antonio Brown has been with the Buccaneers for 15 minutes and there’s already another controversy, this one apparently involving a destroyed security camera and him (allegedly) throwing a bicycle at a security guard. Sigh. The NFL is currently reviewing the incident. I’m all for giving people multiple chances to do right, but at some point, he’s just not worth it, right?

Don’t write them off: I mentioned Baltimore’s loss in New England earlier. What I didn’t mention is that game has given the Patriots new life. Sure, they’re 4-5 and have some ground to make up in their division, but this is Bill Belichick we’re talking about here. If they can go on a run, there’s many reasons to believe their competition might wilt in front of them. And that would be amazing.

Falcons at Saints: Taysom or Jameis? Jameis or Taysom? We will find out Sean Payton’s evil plan in this game. Let’s hope it holds up under pressure because the Falcons are playing some good football as of late. New Orleans doesn’t want this to be the start of a slide.

Titans at Ravens: Two teams that have really confused me. Makes sense that they should slug it out. I doubt I’ll be able to figure out much from the result.

Patriots at Texans: Will New England get back to .500? If so, there will be some teams out there starting to tense up.

Packers at Colts: Big test for both teams. However, I’m giving the Colts the edge here. Their defense is better.

Chiefs at Raiders: A revenge game for Kansas City. Expect to see a motivated bunch of Chiefs come out of that tunnel in Las Vegas.

Rams at Buccaneers: I’m rooting for the Rams, but I’m expecting the Bucs to lay the smackdown in this Monday night matchup.

See you next week and stay safe!