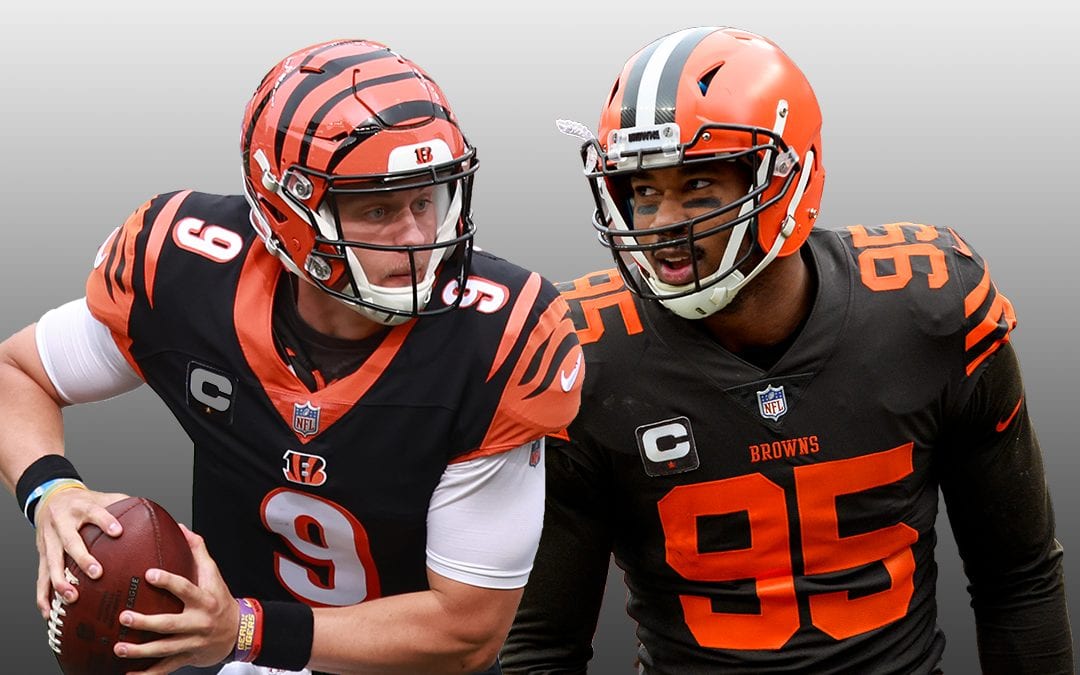 How fast did you get used to the COVID-19 version of NFL football? Speaking for myself, it took about five seconds. As soon as I sat down on the couch with my Sunday Ticket app and started going back and forth between games, it felt like old times.

Did you even notice the absence of fans other than when the camera would give you an overhead shot of the stadium? Me neither.

Once the ball is kicked off, it’s the same game.

That being said, Week 1 brought the standard reactions and overreactions. We do it every season. It’s part of the fun of being a football observer. So, let’s answer a few of the anxious questions people may have.

Will Tom Brady ever win a game in Tampa?

Yes, the Buccaneers lost convincingly to the Saints in the Superdome. Yes, Brady threw two interceptions, with one being returned for a touchdown. His head coach Bruce Arians even had some choice words for his new quarterback after the loss.

“When you’re throwing an out route, you don’t throw it low and inside,” Arians said about the interception that went for a score.

“He looked like Tom Brady in practice all the time so it’s kind of unusual to see that in a ballgame because they didn’t do things that we didn’t get ready for.”

Look, everyone needs to calm down. The Bucs haven’t had much time to get comfortable with each other because of, you know, 2020 and all. Without any game reps, they had to go on the road and face a team that many have picked to reach the Super Bowl. The fact that they didn’t look sharp shouldn’t come as any surprise.

And don’t get all worked up over Arians’ comments. While it’s true that Bill Belichick never really called out his players in front of the media, Tom Brady didn’t come to Florida to play for a Belichick clone. Arians is a different guy, more of a chatty Kathy. He seems to wear his emotions on his sleeve. And there’s nothing wrong with that.

The Buccaneers have their home opener on Sunday against the Panthers. Expect Tom, Bruce and the rest of the team to get well fast.

Should we get rid of kickers already?

I’m not a kicker hater. That’s too easy. There are way too many unathletic idiots in the media with their “all they have to do is kick” nonsense. Let’s see one of those uncoordinated manatees try and hit one from 20 yards out. But I digress …

I acknowledge that field goal kicking is a tough gig. It’s you all alone on an island and with one swing of your leg, you can either be a savior or the biggest oaf on the planet. These men need a steely mindset and short memories.

That being said, Week 1 was an abomination. NFL kickers (h/t to CBSSports.com) combined to miss 19 field goals and five extra points. That’s the worst league-wide performance in nearly a decade. And Stephen Gostkowski? Yama hama … that was cringe television at its finest. And how fitting is it that he missed three field goals and an extra point in the first game he played after being cut by the Patriots?

Bill Belichick knows when to fold ‘em. You have to give him credit.

While it’s tempting to want to pull the plug on the position, take another deep breath. Like I’ve pointed out ad nauseum, there was no preseason. Give the guys a break. But I have no problem putting kickers on a short leash.

Another stinkbomb like that, it’s off to unemployment, fellas.

Should the 49ers be worried?

Worried? No. But they shouldn’t take anything for granted either. We’ve all seen this movie before.

History is littered with teams that go on a strong run to the Super Bowl, only to fall short in the big game and then stumble out of the gates the following season. We saw what happened to the Rams in 2019.

San Francisco’s Week 1 home loss to the Cardinals definitely raised some eyebrows because Arizona QB Kyler Murray moved the ball well against one of the most highly regarded defenses in the game.

One can’t help but point out that the 49ers have been hit pretty hard with injuries. While WR Brandon Aiyuk and C Ben Garland returned to practice on Wednesday, WR Deebo Samuel remains out and CB Richard Sherman just went on IR with a calf injury. Tight end George Kittle is also questionable after leaving Week 1 with a knee injury.

The good news is they have the Jets in Week 2. And even though this game is on the road, the 49ers shouldn’t have a problem containing New York’s anemic offense.

But keep an eye on them.

Various pundits have called for this trade. And although I prefer not to go along with the peanut gallery, they might have a point here.

Nothing’s worse than watching an offense that’s trying to force the issue. And since OBJ’s arrival in Cleveland, nothing has seemed natural. Previous head coach Freddie Kitchens made it an issue to get the ball to Beckham seemingly every game, but opponents knew what was coming. They took him out and the rest of the offense sputtered.

This might be a case of addition by subtraction.

Should the Washington Football Team stick with their current name?

Yes! Why go through the process of coming up with some cheesy new-age nickname that will probably be mocked en masse? Stand out from the bunch.

Their home uniforms looked pretty cool with the numbers on the helmets. And there’s no reason to feel guilty anymore looking at that old offensive logo. Sure, some old-school types might be hemming and hawing, but leave them alone. They’ll come around soon enough.

If they ever want sub “D.C.” in for “Washington,” that would be even better. D.C. FT is a snappy name.

Has the NFL managed to control the COVID-19 issue?

The good news is the league reported that nobody tested positive for the coronavirus after the Week 1 games. That’s a solid start. But that’s all it is, just a start.

The bad news is that players and coaches will undoubtedly test positive as we move forward into the autumn and the winter. Without using quarantines, there’s probably no way to avoid it. It’s just a matter of how well teams can keep infections from spreading throughout the locker room.

Teams are doing the right thing and are aggressively testing. If they don’t get lazy (they won’t) and continue to make wise decisions, things should proceed in a positive manner. Any lapse could have disastrous consequences.

Harsh words: Tiki Barber was once a standout running back for the New York Giants.  Then he abruptly left the sport and he’s been kind of up and down since. Well, he’s back in the news because he had some criticism for current Giants bellcow back Saquon Barkley, who is coming off a Monday night game that saw him gain just 6 yards on 15 carries.

Barber said Barkley might not be an every-down option because “he doesn’t want to hit anybody” in pass protection. Harsh, but kinda fair. And to Barkley’s credit, he didn’t fly off the handle.

Another one?!: The 49ers have another injury concern as Dee Ford didn’t practice on Thursday because of a neck injury. Will they have anyone left on Sunday?

Hurting Cowboys: Speaking of injuries, Dallas’ injury list is also growing at an alarming rate as LT Tyron Smith missed practice with a neck injury. Amari Cooper was also out with a foot issue. The Cowboys need to hope for some good fortune going forward as a few more players going down could destroy this season before it gets off the ground.

Oh, come on: Rookie running back Clyde Edwards-Helaire made his Chiefs debut last Thursday night and things went pretty well, as he rushed for 138 yards. However, leave it to a coach to find fault, which is what offensive coordinator Eric Bienemy did by shining a light on the face that Edwards-Helaire gained -2 yards on six carries near the goal line.

“Clyde’s got to do a better job of making [the blockers] right. He understands that,” Bieniemy said.

OK, that’s fair, and it might be prudent to make sure the kid doesn’t get a big head. But let’s not get carried away!

Falcons at Cowboys: One of these teams is going to fall to 0-2. It’s funnier when it’s the Cowboys, but it could be a real problem for Atlanta head coach Dan Quinn. There’s every reason to believe he’s on a short leash after last season’s mess.

Lions at Packers: Aaron Rodgers was a revelation against the Vikings. Now he gets Matt Patricia’s bunch at Lambeau. I picked Russell Wilson to win MVP. Rodgers might be right on his heels.

Jaguars at Titans: A matchup like this would turn me off a couple years ago. But with Gardner Minshew at quarterback, I’m watching every Jacksonville game.

Rams at Eagles: Philly is coming off an ugly collapse in Washington and will be hungry to make things right in front of its home crowd. L.A. faces a tough test, playing an early window game on the East Coast. The Rams can’t afford to make mistakes.

Broncos at Steelers: Pittsburgh’s offense will be a work in progress, but things should be sharper at home. Expect their receivers to do well.

Panthers at Buccaneers: Let’s watch Tom Brady break out with a big game.

Ravens at Texans: Two entertaining offenses. Should be a fun watch.

Saints at Raiders: Man, it would have been awesome to have fans at Las Vegas’ home opener. Alas, it was not meant to be. Thanks 2020!

Have a great weekend!