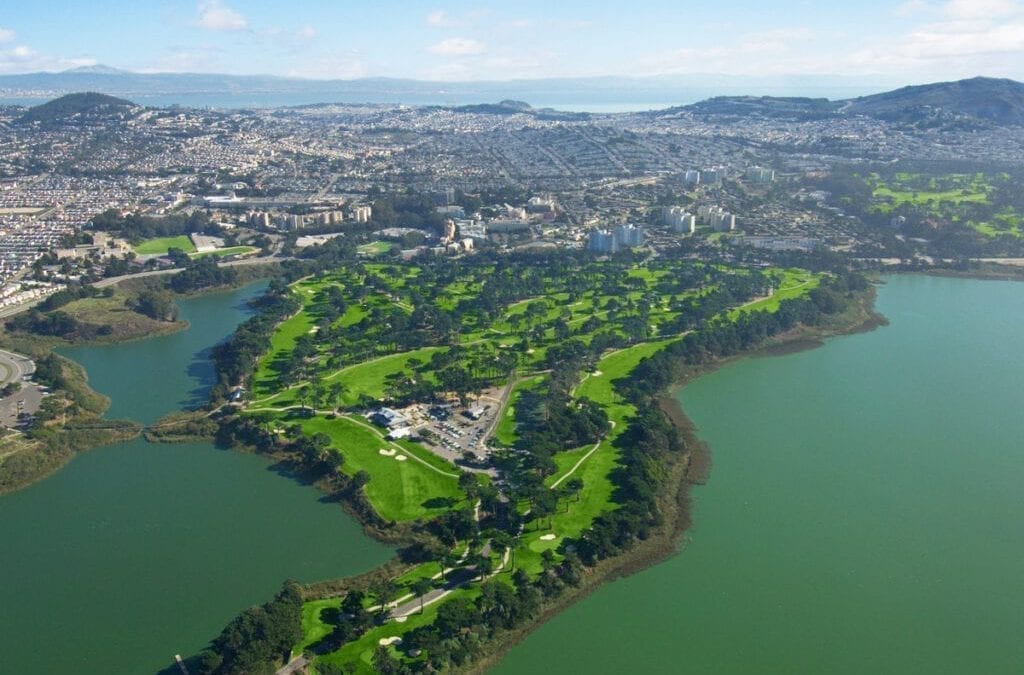 Not familiar with Harding Park? Can’t blame you. The grounds of the San Francisco area course served as a parking lot for the 1998 U.S. Open at the nearby Olympic Club. The 95-year-old club named after President Warren G. Harding, underwent renovations at the turn of the century with the goal of becoming a PGA quality facility once again. In 2005, professional golf returned with a WGC Championship event, it hosted the 2015 WGC-Match Play event, this year’s first major, the PGA Championship, and it will host the 2025 President’s Cup. Whether fans will be able to attend in 2025 is still TBD.

Discuss your thought on the tournament on our message board.

You don’t have to dig deep to find storylines to follow during the event. Brooks Koepka is your two-time defending champion and owns four major titles in the last three years. He goes for the first PGA Championship three-peat since Walter Hagen did it in the late 1920s. He was in position to pull off the same three-peat at last year’s U.S. Open, but finished runner-up to Gary Woodland.

Walter Hagen is tied with Jack Nicklaus with five PGA Championships. Tiger Woods can cross of another record in the book as the four-time winner tees it up. He finished T-40 at The Memorial and will sport a new putter this week as his putting has been failing him. Harding Park is a place he’s familiar with having played here plenty, before the renovations, while at Stanford University. Tiger is not only chasing Jack for major titles, but a win would be his record 83rd career victory.

Jordan Spieth has his fourth chance to complete the career grand slam. Something only five players have ever done. He won the 2015 Masters and U.S. Open, and the 2017 Open Championship. Since then, his play has made him almost an afterthought. His last win was that Open title, and he’s only got three top-3s since then as well. The odds reflect that, as he’s 50-1 to win this week, which still seems generous.

Rory McIlroy is the Harding Park defending champ, winning the 2015 Match Play here. However, he is in a major(s) slump, not winning a major since the 2014 PGA Championship.

Keep an eye on:

Webb Simpson. He’s not a hot name. But he’s been consistent, finished T16 at the U.S. Open at Pebble Beach last year, and won the 2012 U.S. Open at Olympic Club in 2012. If someone can navigate the conditions of the bay area, it’s this guy.

Koepka, Woodland, and Lowry make up the previous three major winners. Brooks and Bryson DeChambeau are creating a bit of a rivalry as Koepka keeps poking at DeChambeau’s newfound, and scientific approach to the game. Koepka gets to post a score first in the rivalry with Bryson teeing off in the late afternoon.

The next group is a troubling one with Spieth making 2015 feel much farther away than it is, and Dustin Johnson having pasted back to back rounds of 80 recently. But DJ is someone to watch in majors, and Speith as I mentioned is looking for the career slam. Must watch group day one, day two could be a different story.

All eyes on the 11:33 group with Tiger Woods, still the biggest attraction in the game. Rory, defending champ at this course, and world’s number one ranked player Justin Thomas. Thomas won this major in 2017.

This group goes off the first tee right around when you’re getting off work on the east coast. In that first group, Fleetwood is just making a return to action and was an assassin in the last Ryder Cup. Hovland was one of the games top amateurs a year ago and has strung together some real solid showings since turning pro. Matsuyama is very well rounded.

In the second group, fan favorite Rickie Fowler will look to tack a major onto his resume, but Bryson is who all eyes will be on. However, this is not the week to oogle his driving prowess. The heavy air, the marine layer in the bay area, the ball just doesn’t travel as far here. His last two weeks have proven the old adage, drive for show putt for dough, still applies.

In the final grouping here, Phil will try to become the oldest player to win a major and will start his week alongside two Spaniards. Rahm was number one in the world earlier this year for six weeks and can reclaim that spot in the rankings with a win. Garcia is one who could provide a spark, good or bad.

Harding Park is going to play long at more than 7,200 yards, with the par reduced to 70. Like U.S. Opens, two of the par 5s, are now 4s. A total of seven of the par 4s will exceed 450 yards in length. I like someone who excels in strokes gained off the tee. Notable names are DeChambeau, Garcia, McIlroy, Rahm, Xander Schauffele. I think guys who are short drivers will be hurt by the conditions that makes the ball fly even less. Jordan Speith, Rickie Fowler, I don’t see in contention. Nor Tiger Woods, who goes from practicing in hot and humid Florida where his back stays loose, to an under 60 degrees at tee time environment.

Rough is going to be factor, and two of the best in approaching the green from the rough from 150-175 yards (super specific) are Garcia and Schauffele. Three of the best scramblers, when the approach shot goes awry…Thomas, DeChambeau, and Schauffele. Putting shouldn’t be super tricky given the wet nature of the course. The greens won’t be burnt out like other majors may do, or like Jack preferred to at The Memorial in 95-degree heat and frustrated with bombers of the golf ball taking trees and fairway bunkers out of play at his courses.

Xander Schauffele’s name keeps popping up. At 18-1 it’s the sixth best odds in the field. He’s primed to win a major one day. Why not now?

Schaufflele is my official pick. But if you are spreading the picks around, for value I like Webb Simpson at 25-1, Gary Woodland at 40-1 having won the U.S. Open at Pebble in 19’, Viktor Hovland at 50-1 who no one could see coming. And Sergio Garcia at 66-1, whose name popped up a couple times in the metrics I feel could impact the outcome. Koepka and Thomas are rightfully the favorites at 10-1.