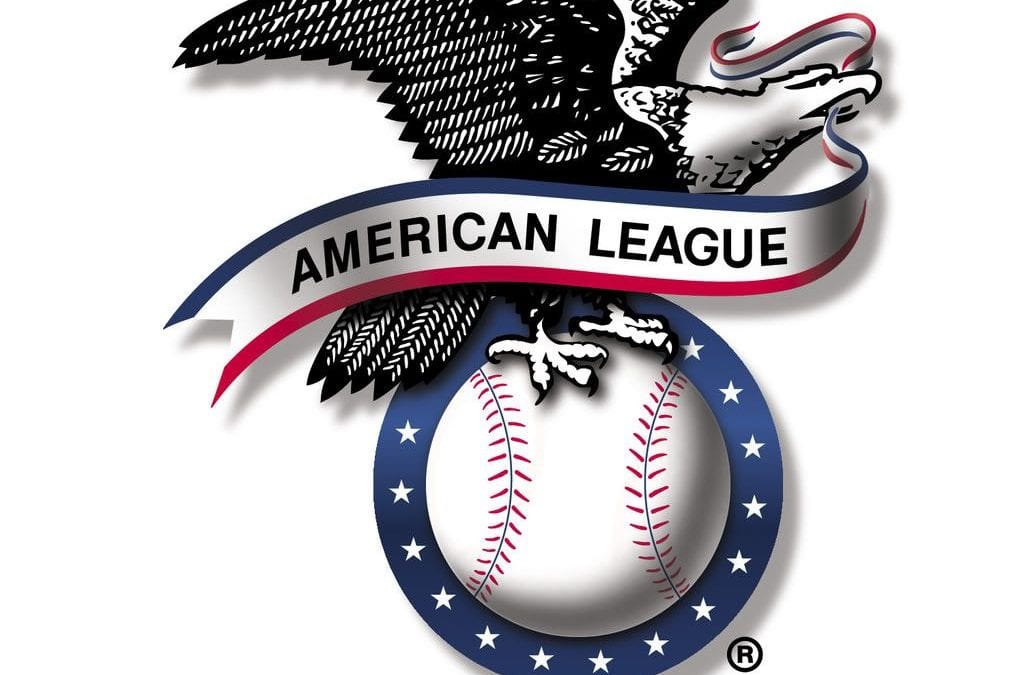 A belated welcome to the off-season, baseball fans. It appears the world won’t be destroyed, at least immanently, so the quest for the perfect baseball off-season continues. My excellent colleague Bob Harkins will be discussing the National League and making as many ‘can you believe the Red Sox traded Mookie Betts?’ references as possible, so I’m afraid you’ll have to put up with my pre-cap (if you will, or even if you won’t) of the AL and accept the lack of Mookie mentions.

Overall, the power structure of the AL figures to look similar next season. Perhaps the Blue Jays take a large step forward, or maybe the White Sox can overcome their own incompetence and win despite hiring a drunk driver to run the club. No season is the same as the last, but 2021 figures to look very similar, and as such the regulars appear to be the ones making the headlines.

Beyond that, the rebuilders figure to continue their rebuilding, all content in the truth that it’s actually the tortoise who wins the race. Our shared COVID reality/nightmare may penetrate our shared baseball daydream by altering what clubs are willing to pay players. This could make for an off-season with lots more player movement as teams cut players with value but who they perceive to cost more than their value. It seems many are expecting an enlarged free agent market. Given all of that, players may look to take shorter contracts with an eye towards re-entering the market next off-season when things return to a more normal state. There’s also that thing about not having a chair when the music stops. We’ll have to see how that all plays out.

Here are some quick capsules on each American League team.

The Red Sox found a new manager, same as the old manager, in Alex Cora. So now all they need is pitching, outfielders, infielders, and probably something else. A mascot? I forget. In other news, Boston will look spend some of their precious Mookie Betts-derived payroll flexibility on pitching, and don’t be surprised if they attempt to add minor league talent by taking on undesirable contracts in trade as well. The Chaim Bloom way leads to much roster turnover though it remains to be seen how much standings turnover it produces.

Their first playoff appearance with a new cast now firmly in their back pocket, the Jays may look to make another splash, like an adult jumping butt-first into the kiddie pool. Reports have the Jays linked to JT Realmuto, George Springer, Trevor Bauer, Francisco Lindor, Kris Bryant, Bob Gibson, Gayle Sayers, James Bond, and George Herman Ruth. The Jays may make so many big splashes that their payroll becomes unwieldy, forcing them to blow it all up before Spring Training. A difficult reality in today’s tough baseball environment. Sad!

Coming off a World Series loss to the Dodgers who, let’s be honest, clearly cheated, the Rays are going to spend big. Ha ha, just kidding, no, they’re going to trade their best players. Blake Snell may be the first to go, provided the Rays receive their trading partner’s top 10 prospects in return and the deed to a small island in the pacific where men are hunted, caught, and eaten. After all, the Rays play the most dangerous game. The Rays hope to keep afloat by selling high on their older players, like Snell, and in that way, maintain at least a shared grip on the AL. It’s probably a good strategy for a team without fans or attendance.

A playoff appearance might mollify some owners and fans in baseball, but those affiliated with the Yankees don’t figured to be among them. Beating a good Cleveland team will be forgotten so as to focus all negative energies on a decisive and EMBARRASSING Game Five loss to STUPID Tampa in the Division Series. Can you believe that? WHAT KIND OF DUMB [starts screaming, throwing overly large slices of pizza at the wall] In the end though, the Yankees need starting pitching, a second baseman (a problem potentially solved by re-signing incumbent DJ LeMahieu), and a decision on what to do with perennially underachieving “catcher” Gary Sanchez. To some Sanchez is a bad catcher who can’t hit. To others, he’s a bad hitter who can’t catch. What will the Yankees do? Tune in to find out!

A tossed off comment here is probably ill-advised, so I’ll do it anyway. The Orioles may look to add some pieces as their rebuild continues, but most likely this will be more of the same from the Elias administration: some moves around the perimeter while the core percolates unseen through the farm system, like a snake in the pipes under your toilet waiting to pop up and bite your butt. What I’m saying is, the O’s are gonna sign LeMahieu, Bauer, and Realmuto.

The Twins finished a clear first place in the Central and then took the playoffs off, as they are wont to do, managing two runs in two games against the Astros. The Twins might look to add some pitching (you will find this is a theme here) but they’ve already decided against paying starting left fielder and MVP-award-getter Eddie Rosario, letting him go for nothing on Tuesday, so this does not bode well for the team’s spending future. My cup of optimism runneth dry. Minnesota has a very good roster, they’re not particularly old beyond Josh Donaldson (35) and Nelson Cruz (ageless), so the question is, what do you get for the team that has everything and then, when the chips are down, uses none of it?

One of the most exciting young teams in baseball fired their manager and hired a multi-time drunk driver for the job. So what are they going to do with their off-season? I’d suggest hiring another manager. Beyond that, bringing in a competent right fielder to replace Nomar Mazara would help, and it never hurts to add good relieving. Mostly though it’s the manager thing, at least in my opinion.

The rebuild continues. The Tigers have the makings of a strong starting pitching staff, led by Casey Mize and Matt Manning, but beyond that, unless you’re a huge Jeimar Candelario fan, there’s not much here to be excited about, at least on the major league roster at present. If Detroit decides to spend in free agency, Korean star shortstop Ha-Seong Kim would make some sense. His youth fits the rest of the team and the Tigers don’t have a long-term shortstop in their system he would block.

The Royals have brought back Mike Minor on a two year, $18 million deal. You like to see teams trying and this clearly qualifies as trying so I’ll try not to make fun of it. If you look at things like prospect rankings and player projections, the Royals aren’t completely devoid of talent, but I’ll give you an off-brand M&M if you can name the Royals second starter. Keep thinking about it. I expect Kansas City’s off-season to go roughly like this.

Cleveland’s off-season will be defined by one thing: will they trade Francisco Lindor, or won’t they? Or, asked more correctly: will they trade Francisco Lindor and yes they will. Lindor is entering his last year of team control and Cleveland seems intent on turning that into something long term, and of course I don’t mean paying long-term as in paying Lindor. I mean, bringing in cheap players whom they don’t have to pay. Trading Lindor instead of working out an extension to keep a clear franchise player and likely Hall-of-Famer in town long-term ranks right up there with dealing Mookie Betts. Here’s hoping A) Lindor wins a World Series in his first season out of Cleveland, and B) it’s not with the Dodgers.

The Great Squandering continues, folks. With Mike Trout, quite possibly the best player ever who thus represents the biggest head start over the rest of the league in its history, in their back pocket, Angels management have managed three post season games, all losses. What’s more, after the most recent show of ineptitude, AKA the 2020 season, the Angels find themselves picking in the top of the draft. This doesn’t figure to be of much assistance as Trout enters his age-29 season with the Angels needing help at [gestures wildly]. Signing any high priced free agent as long as he doesn’t play center field or third base is probably a good idea, and yet, somehow, we kinda know that the Angels will hold this s’more over the fire until it burns to ash and falls off the stick.

The A’s won their division last year and finished tied for the fourth best record in baseball. OK! Name three of their players, and no, not everyone on the roster is named “Matt.” If there are bargains to be had, the A’s, like a dumpster-diving Superman, will be there. That’s as always, but the A’s may be playing this off-season with an added level of difficulty as their GM, David Forst, is reportedly a candidate to jump to the Mets. Will he? Won’t he? Will anyone notice?

Like numerous other teams, the rebuild in Seattle continues. The Mariners have some very good young prospects, too, so the question becomes how long can GM Jerry Dipoto not trade them all? It’s seemingly just a matter of time before Dipoto wakes up in a sweat at 3am and starts cold calling other GMs demanding they consummate an eight player deal before the sun rises.

The Rangers have a large payroll, a low talent level, and the same front office they’ve had for the last 10+ years who have put this fried poo-on-a-stick together. They’re probably candidates to shake things up through some questionable trades, odd contract extensions, and they’re likely good for a random and inexplicable free agent signing as well. A five year deal for Jackie Bradley, you say? Why not! Good that in this day and age there are still some things you can count on, even if they’re, you know, actively bad.

I’m going to try my hardest to avoid making any banging jokes [deep breath] OK, here goes. The Astros are primed for a shakeup this off-season. Reports say they may be looking to move ace and resident old person Zack Greinke’s $35 million contract, and starting shortstop Carlos Correa could potentially be shopped as well. Free agent outfielder George Springer looks like he’ll be taking his talents elsewhere as well. If Houston wants to spend, they have room under the luxury tax and the holes on the roster to justify the deals as well, but here’s where the cold reality of COVID comes into play again. Will the Astros damn the torpedoes and spend on this aging roster while it’s still viable? Trevor Bauer or someone roughly similar would go a long way towards improving this team’s chances next season.