2021 Baltimore Orioles: Looking At The Defense 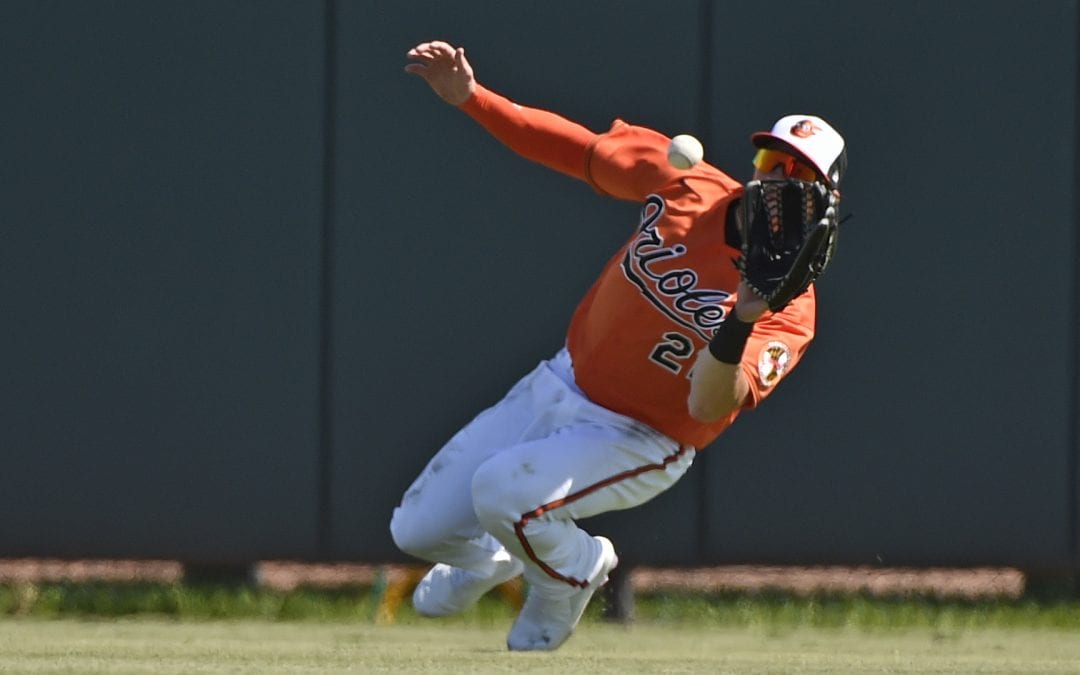 As fans we’re obsessed with hitting and pitching, but you don’t often hear about defense. Well, let me amend that. You do hear about defense, but you hear about individual plays, great plays, mistakes, but not about what is actually important on a season-wide scale, namely team defense.

If the Orioles had a good team defense, that would take a lot of pressure off their young starting pitchers. It could also go a long way towards making a team that FanGraphs gives a 0.0 percent chance of making the playoffs competitive in what could be a long season at the major league level.

In 2019 the Orioles were the second worst team defensively according to FanGraphs metics. Thing is though, those numbers are pretty complicated. Nothing against complexity, measuring defense is complex! But for me, my favorite defensive team stat is Defensive Efficiency. The thing I like about DE is it’s quite easy to understand and I think it’s a pretty accurate measure of overall team defense. DE measures the percentage of time a batted ball is turned into an out. That’s it! It’s essentially the inverse of BABIP. And you can see how that makes sense as a team-wide defensive measurement. So how did the Orioles do in 2019 at DE?

This isn’t bad, it’s a fine baseline. The issue is that now the team is made up of different components. Jose Iglesias, one of Baltimore’s better defenders, is in Anaheim. His replacement, Freddy Galvis, grades out as an above average defender, but he’s not on Iglesias’ level. Also, 2021 will feature, if O’s fans are lucky, a bunch of prospects playing a lot of innings. This will include Ryan Mountcastle, who the team may still want to see in left field before shunting him into permanent first base/DH duties. Austin Hays should get the bulk of time in center field, but Cedric Mullins might play there as well. Jahmai Jones who came over in the Alex Cobb trade with the Angels could get called up and play some second base, or Yolmer Sanchez could play there everyday. How much playing time will DJ Stewart and his particular brand of what the expects are calling “defense” get in left field? Will Trey Mancini play in the field? There are too many questions with too many answers!

It’s impossible to know how the 2021 season will play out over 162 games, who will play where and how much, so all we can do is take reasonable guesses. So let’s start with the obvious ones. Hays should play in center field, and I like his defense there. He grades out well by the metrics, limited though the sample is, and by the eye. The outfield corners should feature Anthony Santander in right and some combination of Mountcastle, Stewart, maybe Mullins, and potentially some Yusniel Diaz and/or Ryan McKenna. That’s a lot of options. How that plays out likely depends on who hits and thus who gets playing time. It’s not too hard to construct what is likely an outfield defense that is roughly league average in defensive efficiency, or even a bit above with Hays and Santander making up for whomever plays left. Better if there’s more Hays and Santander, worse if there’s more Mountcastle and Stewart, and heaven forfend, Mancini. But on the whole, around where they were last season in the outfield.

The infield features a ton of options as well. Galvis should see the most innings at short, at least up through the trade deadline. The more backup infielder Pat Valaika plays at short though the worse the team’s numbers figure to get. Maybe Terrin Vavra gets the call and gets some playing time in Valaika’s role, which could only help matters. Yolmer Sanchez grades well at second base though the second he steps between second base and shortstop with a glove on his hand, the ground will rip open and devour any and all living creatures in the area. At first base… are we still doing the Chris Davis thing? Don’t we have enough troubles in 2021? That said, I’m skeptical defense at first base can be that damaging to begin with, though the 2021 O’s may put that theory to the test with Davis, Mountcastle, and Mancini scheduled to play there.

One place that could be a problem is at catcher where Chance Sisco and Pedro Severino will share duties. Both grade out badly by defensive metrics, especially Sisco who figures to start most games. But! If the Orioles call Adley Rutschman up at any point this season, their catcher numbers figure to improve.

The end result is a bit whirly and swirly, and therefore hard to figure with any exactitude. That’s kinda the way team defense is in general for any team though. Even the knowns of any 162 game season in February aren’t so certain when July comes around, let along September or October. From where the O’s sit right now though, another season of right around league average defense, about a 70 percent defensive efficiency looks likely. That’s actually pretty good, and better than I thought when I started this exercise. There’s work to do for when the team gets more serious about contention in the coming years, it’s still something that needs improvement, but this doesn’t figure to be a defense that will scar young pitchers, frighten wildlife, or cause mothers to shield their infants’ eyes. There’s work to do here, but the O’s are just starting to assemble their competitive roster, and with that in mind, this isn’t a bad start at all.