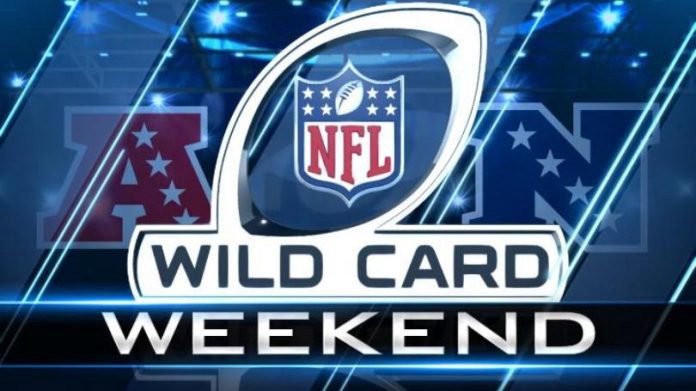 This is when the fun starts.

We’ve gone through 18 weeks of games, crazy moments, a constant stream of players going on the COVID/Reserve list, a litany of Aaron Rodgers quotes and a wild final regular season Sunday to get to this point.

The NFL playoffs begin this weekend and I couldn’t be more excited. I know I’m not the only one. But before we look ahead, let’s take a minute to look back at what got us to this moment. There are those who deserve praise and others who don’t.

I call this Shoutouts and Bow Outs.

San Francisco came into Sunday’s game needing a win to make the playoffs. Fortunately, they were facing the Rams, a team that regularly wilts at their feet. Tight end George Kittle said it best when the 49ers fell behind 17-0 in the first half and Los Angeles players started talking smack: “A lot of time up on that clock, boys.” And they used that time wisely, erasing the deficit, winning in overtime and handing the Rams the sixth straight loss in this rivalry, which has turned into anything but. The NFL is all about matchups and the one between these two teams is very much in San Francisco’s favor. Kudos.

What was that?! Indianapolis had a seemingly easy task. All the Colts had to do was beat the Jaguars, a team that fired their head coach and had fans mockingly dressed as clowns in the stands, and they would be playing this weekend. Apparently that was too much to ask because the Colts didn’t just lose, they did so convincingly. “Never expect to be sitting here having this moment right now, not like this,” Colts head coach Frank Reich said. You and me both, pal. What an embarrassment.

I don’t know how they did this. I made the mistake of predicting this would be the first under-.500 season of head coach Mike Tomlin’s career. I felt pretty smart about it, too. After all, they weren’t just struggling, they looked clueless at times. But of course, Pittsburgh has an annoying habit of rising from the ashes and they did it again. The Steelers won three of their last four games, beat the Ravens on Sunday, officially knocked the Colts out of the postseason in the process and got to the playoffs with a 9-7-1 record. Unreal.

That’s a rivalry for you. Had the Chargers-Raiders game on Sunday ended in a tie, both teams would have made the playoffs and sent the Steelers home. And for a minute, it looked like that could happen. L.A. rallied in the fourth quarter and somehow managed to dramatically tie the game as time expired thanks to a Justin Herbert touchdown pass to Mike Williams. But alas, it wasn’t meant to be as the Raiders kicked the winning field goal in the extra frame and clinched their first playoff spot since 2016. For the Chargers, it’s difficult to put a bow on this season. At times, they looked like one of the best teams in the AFC. There’s no doubting their talent, but to lose three of their last four games — especially an ugly defeat at hapless Houston — with so much on the line is obviously a disappointment.

It’s too bad Philly rested many starters in Week 18 because the last memory we have of the Eagles is them getting smacked around by the Cowboys. But make no mistake: What this team accomplished under first-year head coach Nick Sirianni is remarkable. Most people had them finishing, at best, third in the NFC East. But they topped the league in rushing yards at 159.7 per game and while they didn’t have much success against the league’s better teams, you can’t look at this season as anything but a net positive, no matter what they do in the playoffs.

The first Monday after the regular season is always a bloodbath and this was no different. As expected, the Bears got rid of Matt Nagy and the Broncos cut Vic Fangio loose. Mike Zimmer’s time in Minnesota is at an end and the Giants told Joe Judge to clean out his office. None of those moves are surprising, but the Dolphins firing Brian Flores made me raise my eyebrows. True, Miami had a terrible start to the season, but did win eight of their final nine games and was in the playoff hunt until the end with a 9-8 record. There are reports flying around as to why Flores was axed. Did he have a fallout with young QB Tua Tagovailoa? Are the Dolphins clearing the decks for Deshaun Watson? Did the team decide to side with GM Chris Grier over Flores? It’s hard to know what to believe. Here’s hoping the guy gets another crack at a head coach job someday.

He’s looking good: It’s been almost 10 years since the hype was building about where a certain Stanford quarterback was going to go in the draft. Andrew Luck was a can’t-miss prospect and the Colts ended up being the lucky franchise to take him with the top pick of the 2012 draft. But after four Pro Bowl appearances and multiple playoff games, he suddenly bowed out of the game in 2019, citing his many injuries as the reason he was hanging up his cleats. And then he dropped off the face of the planet. Nobody saw him around. But as quickly as he disappeared, he reappeared Monday night at the College Football Playoff championship game, looking like anything but an NFL quarterback. He has shed his playing weight and is rocking an excellent mustache. It doesn’t seem like he misses football at all. It’s hard not to be happy for him.

Be gone with you: Antonio Brown set the league on fire over the last 10 days, first with his shameful display of ripping off his jersey and prancing off the field during the Bucs’ game against the Jets. Then he ripped Tom Brady, ripped head coach Bruce Arians, ripped the organization and was finally released by the team last Thursday. People scrambled for reasons to explain Brown’s behavior. But the bottom line is, I don’t care. We’ve seen his tired act again and again and it’s safe to say that we’re all over it. Tampa is better off without him in the locker room.

Don’t feel bad: The Ravens were a cursed franchise this season. Even when things went right, they somehow ended up wrong. There’s really nothing you can do if your roster falls apart due to injuries or COVID. They battled, but they just couldn’t survive all the adversity. John Harbaugh and anyone else in the organization don’t have anything to be ashamed of. Just dust yourself off and hope for better days in the fall.

Speaking of exits: Dave Gettleman returned to the Giants organization as general manager in 2018, years after helping the franchise win two Super Bowls in the Tom Coughlin era. And his tenure was checkered. Draft picks were up and down and free agent signings didn’t pan out. In four years, the Giants went 19-46 and lost at least 10 games every season. Instead of being fired, he chose to retire on Monday. That’s the one move he made that will work out.

Raiders at Bengals: It’s time to raise a glass to Cincinnati for not only reaching the playoffs, but winning the AFC North to boot. Joe Burrow gave us a scare when left the Bengals’ Week 17 game with a knee injury, but he says he feels good and will be ready to go on Saturday. Which is good, because while his team took it easy on Sunday, the Raiders are coming off an overtime slog. A lot of people will default with the more rested team, but I don’t necessarily feel that way. Sometimes a team that has been playing important football is able to keep that momentum going. It all comes down to what version of Derek Carr we see in this game. When he’s sharp, there’s not many better quarterbacks in this game. When he’s off, it’s tough to watch. Typically, the first playoff game of the postseason is the weakest matchup, but I think this will be a good one.

Patriots at Bills: Division games in the regular season are always fun, but the intensity goes up to 11 in the playoffs. Buffalo gets this game at home, which some people might point isn’t that much of an advantage, considering the Patriots beat them there in early December. But as we remember, that game was played in insane weather conditions and New England threw the ball only three times. When the two teams got together again in Foxborough a few weeks later, the Bills took the Patriots apart 33-21. That game is probably more indicative of what will happen on Saturday. Buffalo’s offense is surging — QB Josh Allen played well down the stretch and the running game has come alive. A big question is what Bill Belichick will do with his rookie QB Mac Jones. It’s doubtful he’ll be able to hide him, so Jones will have to step up and make big throws in key situations. That’s going to be difficult.

Eagles at Buccaneers: I mentioned earlier that Philadelphia led the league in rushing. However, Tampa ranks third against the run. And while the Bucs have been hit hard by injuries, they’re hoping to get important defensive pieces like Jason Pierre-Paul, Lavonte David and Shaq Barrett back in the lineup soon. But even without them, I have my doubts about the Eagles’ ability to go on the road and win. Again, they were pretty bad against teams with winning records and they’re about to face the defending champions. They’ve been a nice story this season, but this tale is probably about to end.

49ers at Cowboys: It’s really impressive to see what Dallas defensive coordinator Dan Quinn has done to revamp what was once a terrible unit. Remember, before his tenure as the Falcons head coach, he was the defensive coordinator for the Seahawks team that stomped on Peyton Manning and the Broncos in the Super Bowl. And his Cowboys defense has a tasty matchup against the 49ers, specifically QB Jimmy Garoppolo, who has a penchant for throwing interceptions at times. And turnovers could be the difference here, because while Dallas does have the league’s top scoring offense, San Francisco’s defense is aggressive and will be strong against the run. However, if the Cowboys can look anything like they did during a blowout win on Sunday, they should be able to win this one at home.

Steelers at Chiefs: These teams played just a few weeks ago and Kansas City cruised to a 36-10 win. The Chiefs defense, which looked clueless to start the season, is now very much a bright spot and they’ll be looking to feast against a Pittsburgh offense that is 15th in passing, 29th in rushing and 25th in yards per game. What’s more, if the Steelers turn the ball over three times like they did on Dec. 26, this game will be over fast.

Cardinals at Rams: Another division matchup with two teams that split the season series. In fact, the road team won both games, which is good news for Arizona, which finished with an 8-1 record away from home. Even better news is the recently struggling Cardinals will get running backs James Conner and Chase Edmonds back in the lineup. As far as the Rams are concerned, they need to lean on their running game, especially in the early going. The worst thing that can happen is to see Matthew Stafford (0-3 career playoff record) throw an interception early and put L.A.’s defense in a hole. Pound the rock with Sony Michel and Cam Akers. Don’t be afraid to punt and play field position. And head coach Sean McVay? Maybe a little less gesticulating and running to the end zone to greet players after touchdowns. By the way, did I mention this game is on Monday night? This will be a good time.