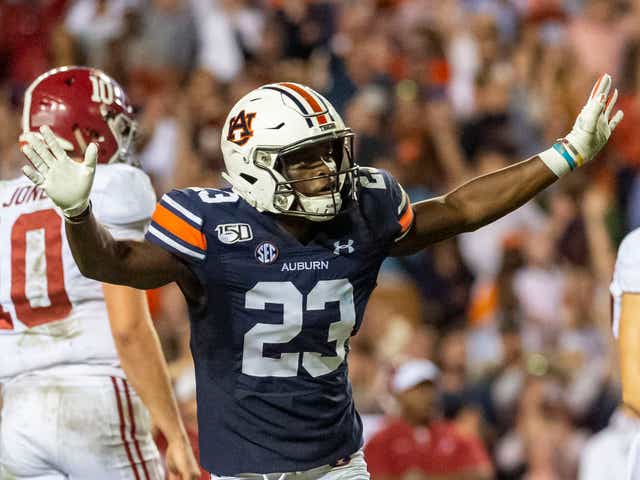 For the next three months, I’ll present draft prospects to you that I feel will help the Ravens improve and achieve their ultimate goal. In the end, no one really knows who will go where, but what we do know is the general criteria for what Baltimore looks for in a rookie. Here’s what it means to play like a Raven:

Using these criteria, I’ll look at positions of need and positions generally valued by Baltimore to select a player that I think can help the Ravens get back to winning ways in the playoffs.

Traditionally, the Ravens have drafted wide receivers and defensive linemen much more than any other position. This year, in my opinion, they can let those positions wait.

Why he’d be a good fit: McCreary fills a need the Ravens have as he can be a shutdown corner at the NFL level. If healthy, the Ravens have an elite defensive backfield, but the only starters who finished the season were Chuck Clark and Tavon Young. Some think the Ravens should release Marcus Peters to accumulate cap space, which I think is absurd. Still, it’s an eventuality to consider.

Besides, even if every corner is healthy, you still want depth. Even if Peters and Jimmy Smith return, getting McCreary in the fold will help prepare the team for when those two aren’t here anymore, as well as offset the trade of Shaun Wade (2021 selection). That trade, ironically, was made because of depth at the position. A year later, Baltimore has a chance to do things over again.

The baffling amount of injuries Baltimore sustained notwithstanding, think about who they have to play each season: Ja’Marr Chase, Tee Higgins, Chase Claypool, Diontae Johnson. All game-breaking receivers who figure to be a thorn in the Ravens’ side for years to come. Drafting a stud like McCreary—who’s best game this year was against Alabama—will help greatly against those players.

Do the Ravens also need offensive line help? Sure. Will the Ravens want other players ahead of McCreary? Possibly. Will he instantly make their team better without them having to trade up? Very likely.

Cool side note: his uncle, defensive back Angelo James, played three games for the Eagles in 1987 under legendary coach Buddy Ryan.