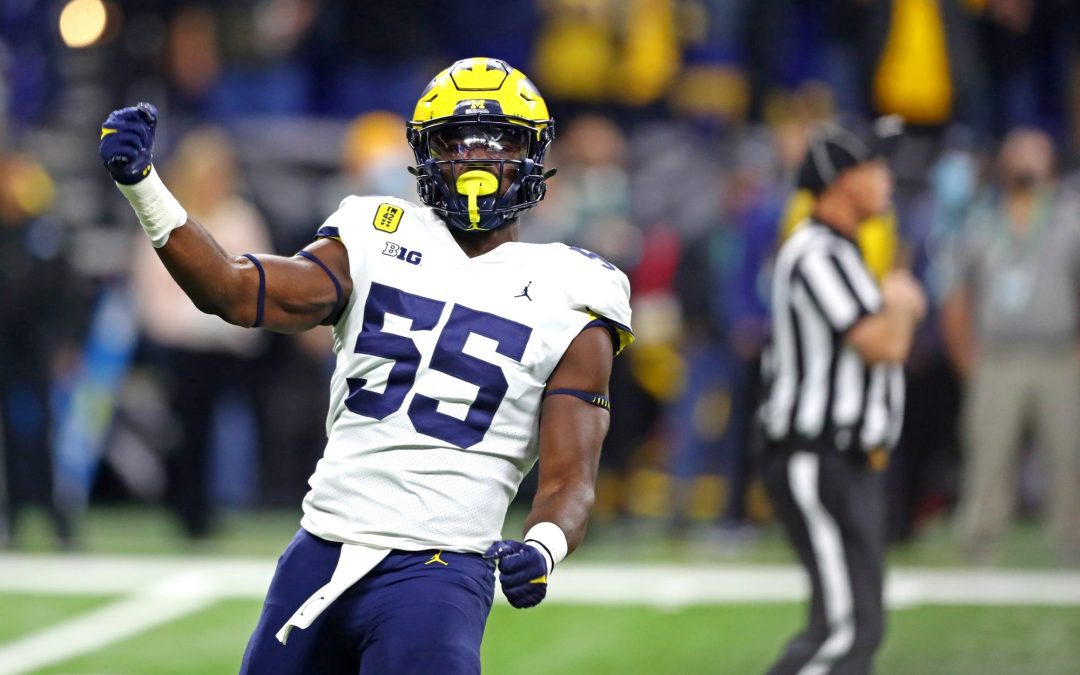 Why he’d be a good fit: David Ojabo has just 19 games on his collegiate resume, but man has he made them count. More than the 11.0 sacks, Ojabo has proved his worth to pro teams in many ways.

Specific to the Ravens, Ojabo would be worth their No. 14 pick because he seems wise beyond his years and is only just beginning. Working with Baltimore’s excellent coaching staff could take his game to a Pro Bowl level within two years.

What’s most impressive about him to me is how he doesn’t rush his rush. In other words, he has a plan and executes it without hurrying himself. He’s so technically sound that if one thing doesn’t work, he will either go to Plan B or use the offensive lineman’s momentum against them. He plays with controlled dynamics. It looks like he’s been playing for six or seven years.

Cool side note: Ojabo was born in Nigera in 2000. He moved to Scotland in 2007. Eventually he moved to the U.S., and before heading to Ann Arbor, he was the New Jersey prep state title in the 100 meter dash with a time of 10.93 seconds.

Bottom line: He’s a great player in the making and would be the perfect complement to Odafe Oweh—his high school teammate.