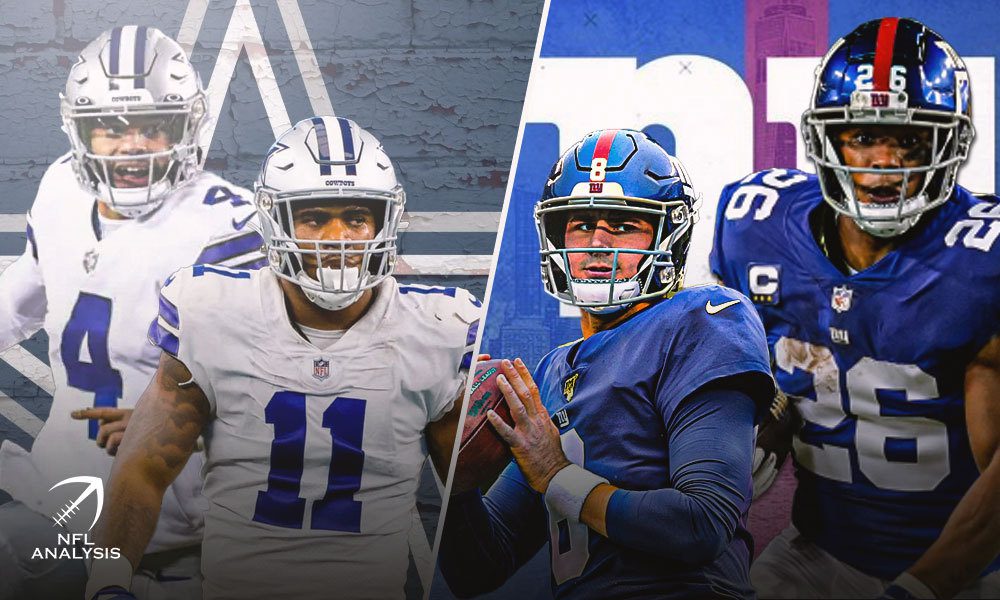 Well, it’s Thanksgiving Week! Which means, of course, that I need to recount for you all the things that I am grateful for.

Just kidding. That’s hacky. Let’s be honest, nobody’s grateful. We’re just trying to survive the holiday with as little drama as possible. And as someone who once attended a Thanksgiving dinner that didn’t serve gravy, let me tell you that hard feelings pop up easily at this time of year.

But my godforsaken personal life aside, here’s a Turkey Day goal for everyone: Make it through the late game.

NFL football and Thanksgiving go hand in hand. And you can track the day with the games. Since this is a Baltimore site, I’ll use Eastern Standard Time. The first kickoff comes at 12:30 p.m. and features the Bills taking on the Lions in Detroit. The Lions on Thanksgiving is like watching the Army-Navy game. You’re very enthusiastic and patriotic when the game starts, but halfway through the second quarter you realize you’re just watching very bad football.

On a side note: Did you know that Detroit’s record on Thanksgiving Day games is 37-43-2? Can you remember any of those 37 wins? My guess would have been 1-81. But I digress …

Guests will start trickling in during the second half of the first game. Hugs will be had, remarks will be made about how good people look (all lies), and the first glasses of wine will be served. Smiles will be on faces and laughs will be enjoyed while watching the Lions find another way to lose on national television.

Then the meal will be served. More wine will be had. And that’s when the Giants-Cowboys tilt in Dallas starts at 4:30 p.m. That’s typically the high point of the holiday. People gradually get louder as the wine starts to take hold, but at the same time, the heavy food means people are stuck in a kind of digestive purgatory.

By the second half, someone has made a passive-aggressive comment about someone else’s relative who isn’t in attendance, and the Cowboys haters at the gathering (there’s always at least 2) will bore you by saying they’ve hated the city of Dallas since the JFK assassination. And by the time that game ends, people are getting tired.

Dessert is then served. And that’s when someone suggests that everyone does a shot of bourbon. Eject this person from the premises immediately. Liquor has no place on Thanksgiving. Wine and maybe a beer, if you’re feeling froggy. That’s it.

Someone – usually myself – has to point out that there is a third NFL game, which will draw scattered groans. Who has the energy for an 8:20 p.m. ET kickoff? Most people don’t and will leave before that game starts. Whoever is left is usually half comatose, feeling the effects of the inevitable tryptophan hangover.

That’s real JV stuff, as far as I’m concerned. It’s your job to pace yourself and make it through all three games like a pro. You got this. I have faith in you. Don’t let me and the NFL down.

Too soon?: Bengals receiver Ja’Marr Chase has been out since Week 7 with a hip injury. Now, according to Joe Burrow, Cincy expects Chase to play this weekend in Tennessee. I’ll leave his recovery to the medical experts, but I’m all for using caution in his case. He’s too young and way too talented to hurry him back into the lineup. Plus, the team has been doing well without him. If he’s 100 percent, fine. If not, just wait.

Sit down, kid: The Jets used the second overall pick last year to take QB Zach Wilson. Things aren’t working out. He’s not playing well and his teammates have apparently had enough of his nonsense. The team made a move and benched him. This is another example of what can happen when you spend valuable draft capital on a relatively unproven college quarterback. And furthermore, DON’T PUT STOCK IN PRO DAYS. They’re a rehearsed event with no defenders. Anyone can look good throwing passes in shorts.

Definitely too soon: Justin Fields could have a bright future in this league. Unfortunately he suffered a left shoulder (non throwing) injury last week and has been listed as day to day. Forget that. Don’t play him. The Bears aren’t going anywhere this season, so why take a chance at getting him hurt worse? That would be dumb.

Bills at Lions: Remember, just one glass of wine during this game. And root for the Lions to win. I do that every year.

Giants at Cowboys: I prefer one big helping of food instead of doing second servings. Conquer what you have on the plate and savor the victory.

Patriots at Vikings: Remember, make it through this game. There will be a pop quiz next week.

Buccaneers at Browns: This will be the last game before Deshaun Watson takes over the starting QB job for Cleveland. Enjoy the quiet before the circus comes to town. Oh, if Tampa wins this game, they’ll be above .500.

Bengals at Titans: Probably the best game of the week. Give me the home team here.

Packers at Eagles: I wouldn’t be surprised if Green Bay wins this one. Not because they’re improving, but because Philly is due for a rough stretch.

Steelers at Colts: It’s Monday night, what else are you going to watch? But still, gross.