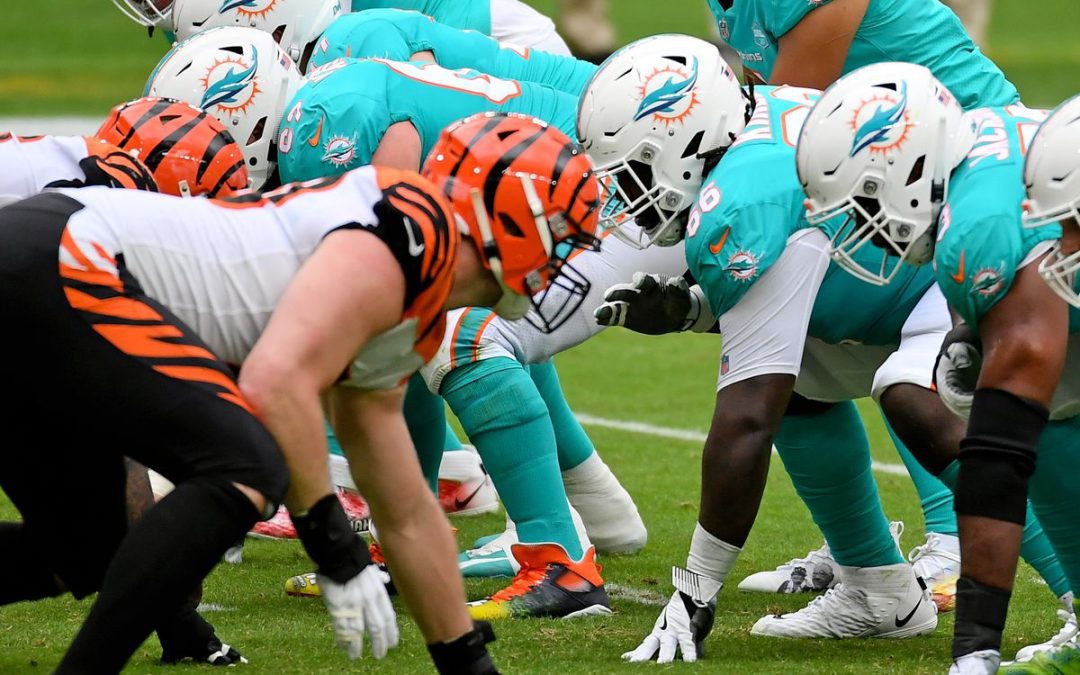 “We made too many mistakes.”

“Things weren’t happening as well as we wanted them to.”

The AFC West got a lot of positive press during the offseason. And rightfully so, as every team in the division seemed to make significant roster upgrades. And with the regular season approaching, pundits anxiously awaited all the fireworks that were sure to come. I was no different as I flirted with the idea of all four teams making the playoffs.

Well, we’re about to start Week 4 and it’s fair to say that the division has been underwhelming. Those comments at the top were just some of the reactions after a horrible Week 3. Andy Reid lamented his Chiefs’ mental errors in an inexplicable loss at Indianapolis. Chargers linebacker Drue Tranquill felt humiliated after L.A. got blown out at home by the upstart Jaguars (more on them later). Raiders head coach Josh McDaniels didn’t mince words when he described the feeling in the organization now that they’re sitting at 0-3.

And the one team that won last week, the Broncos, looked inept, at best, offensively in their unwatchable 11-10 win over the 49ers.

And as tempting as it always is to play prisoner of the moment and call the AFC West a dumpster fire in the making, let’s just slow our roll. We’ve often seen playoff teams take bad losses early on only to figure things out as the season progresses.

Yes, Kansas City shouldn’t have lost on Sunday, but they had a win practically secured when defensive tackle Chris Jones was called for a strange taunting penalty which kept a Colts drive alive that eventually ended with the game-winning touchdown. The Chargers went into their loss with a roster moth-eaten by injuries, including to franchise quarterback Justin Herbert, who played the entire game despite having a rib cartilage injury.

While the Raiders haven’t really got what they hoped for when they traded for All-Pro receiver Davante Adams yet, their three losses have come by a combined 13 points.

And the Broncos, for all their offensive miscues, have been rock-solid defensively and were a couple bad fumbles against the Seahawks (and yes, a head-scratching late game decision from their head coach) from being 3-0.

“We’re still learning each other as a whole new system,” Russell Wilson after their Sunday night win. “There’s so much greatness in store, and I can’t wait for it.”

He said what?: It was mentioned earlier that Chris Jones may have cost the Chiefs the game when he was flagged for unsportsmanlike conduct late in the fourth quarter. So, what happened? According to the postgame report from the referees, Jones used “disturbing language” that has “no place in professional football.” Good heavens! Did he say “poopy”? Did he let the word “ass” fly out of his mouth? Could he have … gasp! … said “hell”?! Look, I’m not sure what Jones said and quite frankly, I probably don’t want to know. But it’s football, things happen. To flag someone in that spot for that offense seems weird.

Hype train is rolling: Before I go out and start pricing Jaguars jerseys, I’d like to point out that Trevor Lawrence is growing right before our eyes. He had 12 touchdown passes last year in a rookie season that was anything but smooth. Remember Urban Meyer? Ewww. But fast forward to the present and he already has 6 touchdown passes through three games, including three in their win over the Chargers. For his effort, he was named AFC offensive player of the week. Duuuval!

The fun is over: I try not to spend much time talking about the Jets here, but it’s worth noting that second-year quarterback Zach Wilson has been cleared after undergoing knee surgery during the preseason and is on track to start against the Steelers this week. That means that the Joe Flacco era is over in New York. Fun fact: Flacco is currently leading the league in pass attempts. Not-so-fun fact: The Jets are 1-2. Not a coincidence.

He’s very lucky: Browns defensive star Myles Garrett was very fortunate to not suffer significant injuries (or worse) after he got into a pretty serious car accident this week. If you don’t believe me, Google photos of his Porsche. He apparently went off the road and the car flipped multiple times. There’s no word on if he’ll play this week or not, but I’m not particularly worried about that at the moment. Drive safe out there.

It’s too early: Bills offensive coordinator Ken Dorsey amused all of us with his temper tantrum after his team’s loss. Throwing things, screaming and yelling, the whole nine yards. As Charles McDonald from Yahoo Sports said, Dorsey “needed just one dose of gamma radiation before his skin started turning green and everyone in the stadium suddenly found themselves in a perilous situation.” My thought is, save your anger for when it really matters You can’t get this worked up in Week 3. Or maybe you can as long as it’s funny. And that was pretty funny.

Dolphins at Bengals: Miami got an emotional win at home on Sunday. Now they get to follow that up with a road game on Thursday night. If you want a couple good bets, take the under in this game and also take Cincinnati to win outright. The Dolphins are going to be gassed.

Vikings at Saints: Two teams I can’t figure out. Let’s watch them confuse us all with this game.

Commanders at Cowboys: And here I thought Dallas was going to be uninteresting without Dak Prescott. What a dope I can be sometimes.

Titans at Colts: A 1-2 team takes on a 1-1-1 team. Don’t watch a lot of this game, but it’s worth keeping an eye on just to see how this division race takes shape.

Jaguars at Eagles: Doug Pederson returns to Philly with his new team. This could be the sneaky great matchup of the week.

Bills at Ravens: The Chris Stoner Bowl. If you don’t know what I’m talking about, listen to the Sports Tonight podcast this week. It will be discussed. Also, two great quarterbacks are facing off. Grab. That. Popcorn.

Chiefs at Buccaneers: Both teams are coming off a loss, but I’m thinking Tampa will have the upper hand here because they’re very capable of pressuring Patrick Mahomes.

Rams at 49ers: Kyle Shanahan has owned Sean McVay in the regular season. Of course, McVay won in the playoffs when it really counted, so I call them even. And it’s Monday night, what else are you gonna watch?