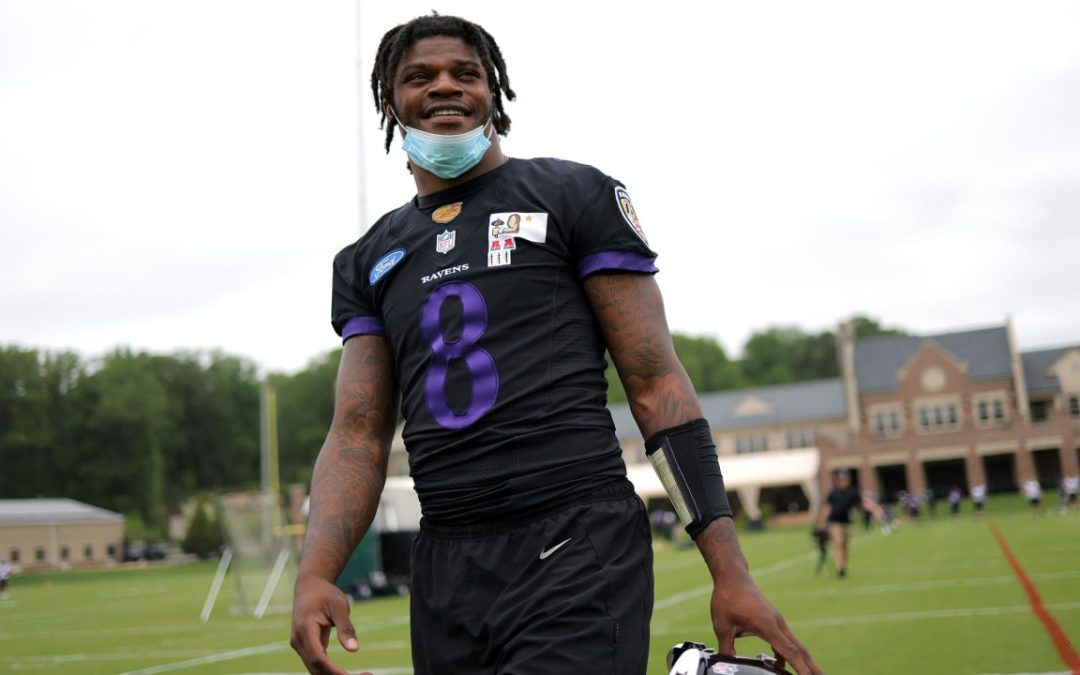 Good news! The 2022 season is closer than you think.

In just a few weeks, the Ravens will begin training camp. It’ll be very interesting to see how camp evolves as so many new faces—new players and players returning from injury—get (re-)acclimated to Coach Harbaugh’s system.

Speaking of getting acclimated to a new system, everyone on defense (with the exception of David Ojabo) will be tasked with learning Mike Macdonald’s way of doing things, even though he was coaching here as recently as 2020. Now he’s in charge of the entire defense, and I think Ravens fans will be pleasantly surprised at what they see come Week 1.

Besides Macdonald, there aren’t any other major coaching changes the Ravens will have to get used to. The staff is intact, key players are back healthy, and rookies are eager to prove themselves.

Just another training camp in Baltimore, right? Not necessarily.

Going into minicamp, the two main questions were about Lamar Jackson’s contract and Ronnie Stanley’s health. The conversation surrounding Jackson’s contract won’t be quelled for some time, however he did show up in great shape, reportedly having “added 12-15 pounds of muscle.” Reports from 1 Winning Drive mentioned how Jackson’s passing (arm strength, accuracy, etc.) is looking strong, which suggests his injured ankle is healed.

As far as his contract goes, we might as well forget about it, because at this point, toiling over something that is essentially an indefinite question makes no sense. Three months ago, when the new league year began, sure. But not now.

The other piece of good news from Ravens minicamp was regarding the health of Ronnie Stanley. At a recent press conference, Harbaugh noted that “Ronnie’s ankle is looking great.” It’s important to note that just before that quote, Harbaugh made mention of how J.K. Dobbins still has some work to do with his injury, meaning if Stanley wasn’t performing better, Harbaugh would’ve said so.

It’s understood that Stanley’s health is vital to the Ravens’ plans this season. After Jackson, he may be the most important player on this team. Baltimore brought in Morgan Moses via free agency and Daniel Faalele via the draft—both of whom look to be strong offensive tackles—but they both play on the right side. If Stanley isn’t healthy when the regular season starts, that’s going to be a big problem. Fortunately, though, he looks good and feels good.

To state the obvious, Jackson and Stanley are locked in as starters at their respective positions. However, as is the case every year with every team, there are certain positions that are up for grabs. There are four positions in particular that I see as key battles as we look ahead to next month’s training camp.

With the departure of Bradley Bozeman and the addition of Tyler Linderbaum, the center position is secured, but there’s an opportunity for someone to take the left guard spot and run with it. My choice would be Ben Powers. Between he, Phillips, and Cleveland, Powers has been with the team the longest. While he’s considerably lighter than Phillips and Cleveland (by approximately 40 pounds), he’s a good fit for this offense. Exhibit A is his perennial increase of snaps: 44 percent in 2019, 50 percent in 2020, 87 percent in 2021. He also came to Baltimore from Oklahoma, which ran a similar type of offense to that of Greg Roman. Powers isn’t a finished product and Phillips or Cleveland could end up taking the spot, but I expect the starting left guard position is Powers’ to lose.

This is a key position on the Ravens defense, more so than on other defenses. Because of the team’s susceptibility at linebacker, their young edge rushers, and the tough slate of running backs on their schedule, the nose tackle has to be stout and dependable. If that player can dictate the point of attack, everyone else on the defensive front will be better for it.

Normally, one would think the veteran would have the upper hand in a position battle, especially given the veteran (Pierce) was with the team from 2016-19. However, Pierce did not show up for mandatory minicamp. One could say that the defensive line isn’t stagnant, meaning players can be moved around in certain cases. But given Pierce’s absence, Jones’ stock has risen by default. This will be a very intriguing process to observe when camp begins next month.

I may be in the minority, but I think Chuck Clark should start at strong safety over Kyle Hamilton. It doesn’t make sense to do the opposite. Even if the team was in need of a safety—which they’re not—Clark is the proven commodity. I have no doubt Hamilton will compete for an All-Pro selection before his third year is complete, but right now Clark is my guy at this spot, and I don’t think it’s all that complicated, either.

I do predict, though, that Hamilton will play extensively this season, given the diversification league offenses have undergone as of late. He will be needed often, which underscores how important it is for him to only play as long as he’s mentally ready. There’s no benefit to rush him along just for the sake of placating fans who think he should start because he was drafted high.

I think this will be the most fluid position on the Ravens this season, for two reasons. First, there’s no clear-cut, hands down stud that has a lock on this position. Stephens, who played in every game last season, figures to start as his size makes him a unique matchup problem for opposing offenses. Meanwhile, I expect Demarion Williams to be an instant contributor to special teams and to the defense as well. He could overtake Stephens by Week 1, but I think he’s fighting an uphill battle in that regard.

If I’m Mike Macdonald, I’m making this decision based on who’s a better tackler and who gives the best support in the run game. Pass defense is essential and will be taught, but if I can have my nickel back be a strong tackler (a la Tavon Young), that’ll go a long way in convincing me to start them. No disrespect to Williams, but we haven’t seen that from him at the pro level yet. Advantage: Stephens.

The Ravens have a loaded roster, therefore they’ll have some players vie for end of season awards. If all goes according to plan and the players stay healthy, I think Baltimore will have a few nominees at February’s NFL Honors.

If I had to name a candidate for every major award choosing only Ravens players, here would be my nominees:

Now for one of the most popular conversation topics of the NFL calendar: roster predictions. This can go so many ways. So much can happen between now and when the final roster is named. In fact, once the final roster is released, it will likely be tweaked before the first game kicks off. That said, the offense is pretty well accounted for. If there are any positional surprises, I predict them to come from the defensive side of the ball.

As of today, here’s my best shot at predicting Baltimore’s final 53:

What are your thoughts? What has you excited as you look forward to training camp? Let us know!