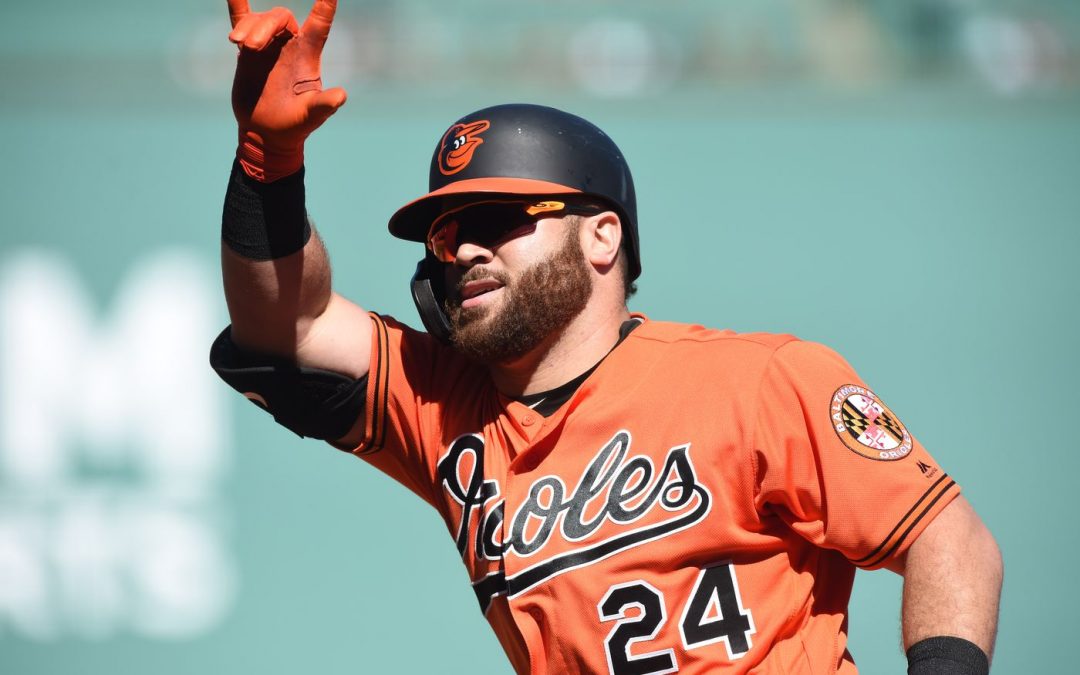 Welcome to ‘3 Up, 3 Down’, the weekly column breaking down the three hottest and three coldest Orioles players based on their performance during the previous week. It has proven to be an interesting exercise and good opportunity to highlight the highs and lows of a long baseball season. This week comes after series against the Yankees and Red Sox.

The roller coaster of a major league season couldn’t be more clear after just the first two weeks of the 2021 season. A week ago I was lamenting how hard it was to find three players deserving to be in the ‘down’ category and had an abundance of guys who performed very well. This week is the complete opposite, so much so that Stewart gets the nod here after only two games since coming off of the injured list this past weekend. Stewart started spring training on fire but then strained his hamstring. I’m sure Orioles fans weren’t eagerly awaiting his return but he has a refreshing approach at the plate for a team that has struck out 111 times in nine games (that’s 35% of the time!) and only walked 29 times. Stewart went one for three in both games he appeared in and walked three times with a double. He even provides a little bump on defense in left field after Ryan Mountcastle has looked lost out there early on this season. Once Austin Hays returns from the IL Stewart will be a nice option for DH or a pinch hitter off the bench.

Mullins had an incredible opening series in Boston and has yet to cool off. He has at least one hit in every game this season and his hitting streak is at 13 straight games going back to last year. Honestly he is the only hitter who is… hitting. This week he is the only batter with an OPS over .699 (minimum 10 at bats) and on the season as a whole he is the only guy with an OPS over .745 (Pedro Severino, the only other guy over .696!). And hes not only getting it done with the bat. He is showing off his speed by stealing bases (two this week) and chasing down fly balls in the outfield and making it look easy. He saved Mountcastle from yet another embarrassing play in the outfield by coming out of nowhere to make a diving catch on a ball that the left fielder should’ve been camped under. Hays might have officially been Wally Pipped by Mullins when it comes to the starting center fielder job. Its such a good start that its going to take a real long cold stretch to put him on the bench.

I don’t think a relief pitcher who made two non-save appearances is going to show up here most weeks during the season but I need to reiterate just how barren the positives were over the past seven days. The only other options for this spot were John Means in a start where he didn’t make it out of the fifth inning, Cesar Valdez in a week where he blew a save, and Paul Fry in a week where he had a 2.63 WHIP over four appearances. Scott has been dominant so far this season, picking up where he left off in 2020. The key to his stat line? 0 walks. If he can command his pitches enough to limit his walks he can be one of the best relief pitchers in all of baseball. With a fastball that touches 100 mph and a wipeout slider from the left side, that’s going to be hard to hit especially for left handed hitters. Valdez has been getting the save opportunities but I don’t hate using Scott in high leverage situations earlier in games. It could be tempting for Elias to trade him around the July deadline but unless he is blown away I think hes a reliever to keep around for when we expect to be contending in a couple years.

Lopez was on the ‘up’ list for the spring training version of this article and he earned his way into the starting rotation to start the year. Unfortunately he may have already pitched his way out of that opportunity. Keegan Akin has been at the alternate roster site, hopefully working out his command issues, and can’t be too far away from getting another opportunity to start for this team. Lopez always starts out sharp with a crisp mid-90’s fastball and solid off speed pitches but falls apart the second and third time through a lineup. That screams reliever but the results over the past few years in that role don’t expect match those expectations. Maybe he would be best used in an opener role like the Tampa Bay Rays like to do. Something about preparing to “start” a game might unlock something in him that warming up in the bullpen at a moments notice doesn’t. Or maybe he just hasn’t found his stride yet (and maybe never will). If it was up to me I would move him to the bullpen, bring Akin up to take his spot in the rotation, and DFA Wade LeBlanc.

Galvis was on this list last week but I’m sure he would kill to have and OPS .200 points higher right now. He has looked absolutely dreadful (and dread full, get it? His hair? Anyway…) at the plate, almost like he doesn’t belong at the major league level. Obviously that isn’t the case based on his nine year major league career. He has never hit for a high average (career .246) but he does have a couple 20+ homer seasons. I’m inclined to think he’ll be fine with the bat over the long haul, maybe a OPS between .680 and .710, but even the glove doesn’t look as good as I imagined when we signed him. The eye test is never the best way to evaluate infield defense but he looks more solid than plus especially when you watch the Los Angeles Angels and our old friend Jose Iglesias making sensational plays from the same position. He did have hits in back to back games Saturday and Sunday so maybe that will lead him to avoid three straight weeks on the list you don’t want to be on.

Hopefully Armstrong is still on high from the birth of his son last week because everything that has happened on the field for him since then has been a nightmare. His first appearance was incredibly high leverage with the bases loaded in a close game in New York against the Yankees. He walked in a run and then proceeded to give up a grand slam that went approximately 5 miles to Giancarlo Stanton. It didn’t get better after that. He actually tied Paul Fry with the most appearances for the week with four and there wasn’t a scoreless or full inning to be found within any of them. His ERA is 27.00 but its not like you can chalk it up to bad luck because his FIP (fielding independent pitching) is 20.15! That’s not great Bob (insert Mad Men GIF here). He was excellent in 2020 with a 1.80 ERA over 15 innings but he’s already given up more runs in just two innings so far this year. You would think he will at least perform around his career 4.40 ERA standard for the rest of the season.