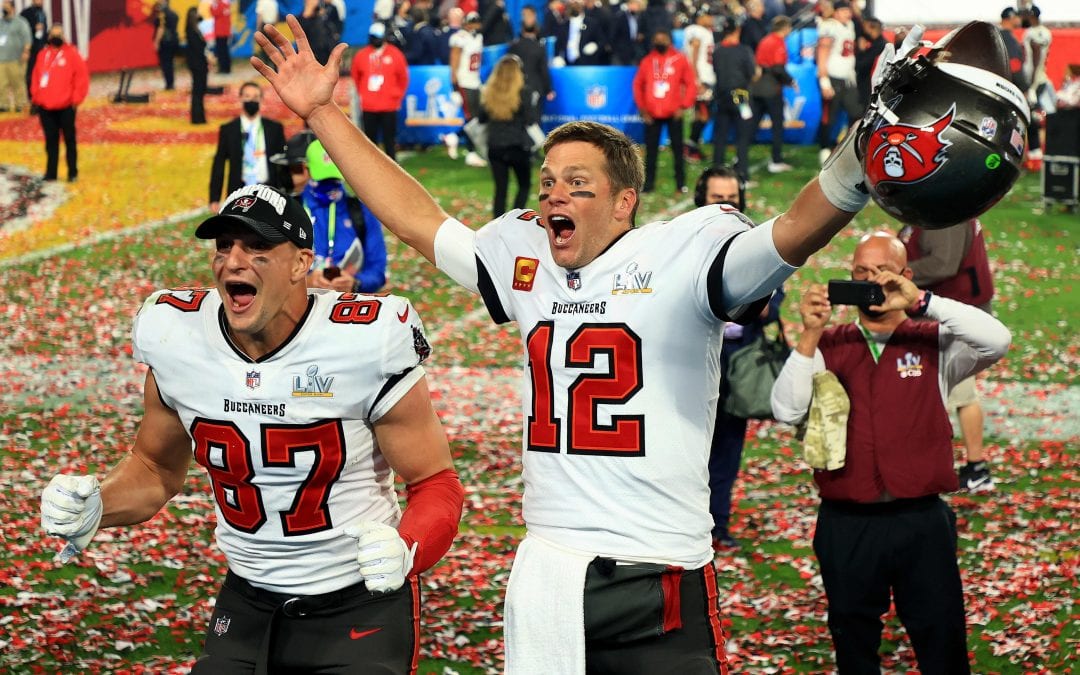 Now that Super Bowl LV is complete, Patrick Mahomes is done peeling himself off the turf, Tom Brady and Rob Gronkowski have made their (hopefully socially distanced) reservations for Disney World, and maskless Buccaneers fans have celebrated in the streets, it’s time to look ahead to 2021.

With any luck (and with much of the world getting vaccinated), it’ll hopefully be more of a normal NFL season, where thousands of fans can gather in stadiums. Where a team doesn’t have to worry about losing its star quarterback to COVID protocol (looking at you, Lamar Jackson) or its entire quarterback roster (ahem, Denver Broncos). Where hopefully we can actually see a coach’s lips move when he’s chewing out an official.

So here are the five questions I have looking to next season. After all, Week 1 is only seven months away. It’ll be here before you know it.

1) Can the Buccaneers repeat?

It feels weird to write this answer, but if the team’s 43-year-old (soon to be 44-year-old) quarterback returns for another season, then it’s absolutely possible. Tom Brady continues to astound, and the fact he won his seventh NFL championship and his first with a second team in his 21st season in the league means we should never count Brady out of anything, even if he can’t quite hold his liquor. It’s not just Brady, of course. The Buccaneers have about $28 million in cap room to spend, but they’ll have to figure out if they want to bring back free agents like defensive end Shaq Barrett, linebacker Lavonte David, defensive lineman Ndamukong Suh, receiver Chris Godwin and tight end Rob Gronkowski. Or, for that matter, running back Leonard Fournette, who absolutely shined in the postseason.

But with a core of fantastic players like Brady, Mike Evans, Ronald Jones II, Jason Pierre-Paul and Devin White, the Buccaneers will have the chance to take the NFC South (remember, they didn’t even win the division this year) and make another deep postseason run. The window, though, is closing and 2021 might be the last chance for Tampa Bay to win a league title for a while. Brady won’t play forever, and coach Bruce Arians, who is closing in on his 70th birthday, might end up retiring soon. So, 2021 could be Tampa Bay’s last best chance.  “As long as I’m playing, I want to improve and get better. I feel like next year is going to be a lot better than this year,” Brady said four days before the Super Bowl. “I feel like I’ll be in a much better place mentally. I’m going to train a lot better this year, physically, next year I’ll be in a better place.” That’s bad news for the rest of the 31 NFL squads.

2) Can the Chiefs recover?

It feels weird to be writing this question, but the Chiefs got absolutely beaten up by Tampa Bay. And you have to wonder if Kansas City’s potential dynasty is over even before it starts. After all, the Bills aren’t going anywhere, and neither are the Browns or the Ravens. It’s so difficult to get to this point of the season two seasons in a row and then continue to build a dynasty (just ask the Seahawks about that), and it’ll be interesting to see where Kansas City goes from here. Assuming Eric Fisher and Mitchell Schwartz return at the tackle positions, the offensive line will be in a much better place than its sieve-like performance against Tampa Bay. Receiver Tyreek Hill will be back. So will tight end extraordinaire Travis Kelce. Most of the team’s top defensive players will, as well.

But Kansas City currently is $18 million over in salary cap space, and that likely will affect next year’s offensive line depth. But hey, the oddsmakers believe. According to BetOnline.ag, the Chiefs are 11/4 to win the AFC title and 5/1 to win Super Bowl LVI. Mahomes believes, as well. “We can’t let this define us,” Mahomes said after the Super Bowl. “We have to continue to get better going into next year and prepare ourselves to hopefully be in this game again. We knew it wasn’t always going to be successful and we weren’t going to be able to win 1,000 championships in a row. We knew we were going to go through times like this and adversity.”

3) Will the Patriots return better than ever?

Speaking of organizations who maintained a long reign of dominance, will New England return to the upper echelon of the AFC in 2021? The Patriots likely will let go of Cam Newton, who had mixed results in 2020, and the team very well could look to the draft to shore up the quarterback, receiver, tight end and defensive end positions. New England, which went 7-9 in 2020, also has an ungodly $62 million of cap space, so it’ll likely hit the free agent market hard and could sign cornerback Stephon Gilmore to a long-term deal (but there have also been some rumblings that he could be used as trade bait). If Patriots fans are hoping for a quick return to supremacy, however, that might not happen in 2021. For the first time in recent memory, it seems that the organization is in rebuilding mode.

4) Where will Deshaun Watson end up?

Now that the Texans quarterback has made it clear he wants to get away from Houston, one of the bright young stars of the league land will try to continue his fantastic production (a league-leading 4,823 yards with 33 touchdowns and just seven interceptions in 2020) somewhere else. How big a deal is Watson’s upcoming move? Hall of Fame cornerback Champ Bailey recently compared it to the Broncos acquiring Peyton Manning in 2012. So, at least one former Denver player likes the idea of Watson playing full-time at Empower Field at Mile High. Miami and the New York Jets also could be in the mix for Watson’s services, as could the Panthers and the 49ers. So far, the Texans are saying they won’t trade Watson, who will make a base salary of about $10.5 million in 2021 but who will get a raise to $35 million in 2022. But the team has a new coach, and J.J. Watt has been released. So, it might make sense to get even further into rebuilding mode by dealing Watson. The draft and/or player capital the team will get in return will probably be quite impressive.

5) Is the relationship between Russell Wilson and the Seahawks about to get rocky?

If this past week is any indication, their relationship seems to be worsening. Wilson said he’d like to be more involved with the team’s personnel decisions, and he also talked about shaky offensive lines that have allowed him to be sacked 394 times, by far the most of any quarterback in his first nine NFL seasons since at least 1970. “Like any player, you never want to get hit,” Wilson told reporters this week. “That’s the reality of playing this position; ask any quarterback who wants to play this game. But at the same time, it’s part of the job and everything else. I think that the reality is that I’ve definitely been hit. I’ve been sacked almost 400 times, so we’ve got to get better. I’ve got to find ways to get better too.” Somebody asked him if he was frustrated with the organization, and he said, “I’m frustrated [about] getting hit too much.” Wilson almost assuredly isn’t going anywhere for 2021, but the situation bears monitoring if Seattle doesn’t provide help on the offensive line soon.