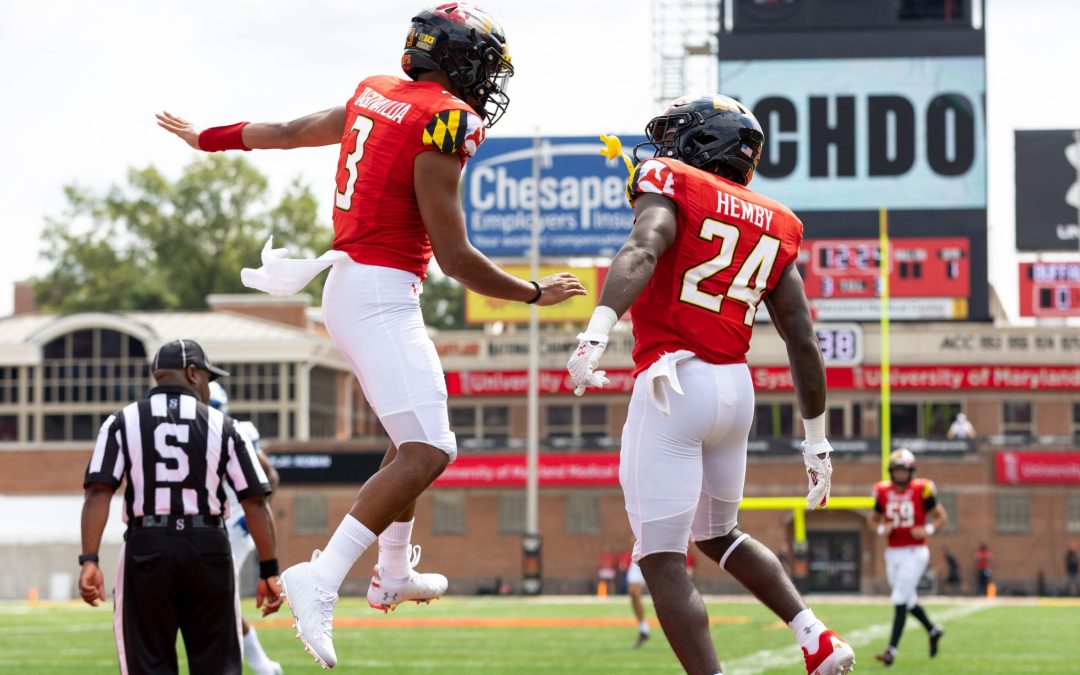 Following their 31-10 victory over Buffalo last weekend, Maryland will embark on their first road trip of the season as they make the trip down to Charlotte, NC to face off against the 49ers for the first time ever. Will Healy is in his fourth season as the program’s head coach, and his team has struggled mightily to begin their 2022 campaign. Blowout losses to Florida Atlantic and William & Mary have them sitting as approximately four touchdown underdogs to the Terrapins at home on Saturday afternoon.

1. This Game Shouldn’t Be Close

Simply put, Charlotte is a very bad team. Through their first two games they’ve been outscored by a combined total of 84-37, and have already used three different quarterbacks. While Buffalo’s defense was the strength of their team, the 49ers’ defensive unit has been atrocious so far this season. Maryland is currently favored by 27 points in this game, but the final score likely ought to be even more lopsided than that. Their backups should see the field for the majority of the second half, with the starters using this as a tune-up game before an important matchup against SMU next weekend.

2. Should We Be Concerned About Tagovailoa?

While he completed 24 of his 34 pass attempts for 290 yards, the general consensus surrounding Maryland’s quarterback is that he looked just a bit off-kilter in the team’s game last weekend. He wasn’t quite as accurate as people are used to seeing him, and he seemed to be pressing the issue more than he should’ve been. He’s talked about working on calming his feet in the pocket during the offseason, but they still looked a little busy.

I’m personally happy to chalk this performance up to first-game rust, provided that similar issues don’t present themselves this weekend. He was inches away from two likely passing touchdowns (Rakim Jarrett’s drop in the third quarter and Corey Dyches’ score that was later called back). Center Johari Branch’s snaps were also a consistent issue, leading to the substitution of true freshman Coltin Deery early in the second half. The most important thing for Maryland to take care of against Charlotte (outside of avoiding injuries) is for Tagovailoa to come out firing on all cylinders and leave the game by the start of the fourth quarter.

3. Good to See the Defense Shine

The biggest question marks for the Terrapins entering this season all centered around their defense, and defensive coordinator Brian Williams’ unit played very well in their first test. They held quarterback Cole Snyder to just 4.6 yards per attempt and Buffalo’s running backs averaged less than 3.5 yards per carry. Maryland sacked Snyder four times, including two from Liberty transfer defensive lineman Henry Chibueze. Defensive back Jakorian Bennett continued his dominance from last season, racking up five pass breakups. Against an even more inferior opponent in Charlotte, the Terrapins’ defense should dominate once again on Saturday afternoon.

4. Improvements Have Been Made on Special Teams

If there’s one thing that flew under the radar after Maryland’s season-opener, it was their significant improvement in the game’s third phase. New special teams coordinator James Thomas, Jr. aced his first test with a unit led by one of the country’s best kickers in Eastern Michigan transfer Chad Ryland, who easily drilled a 45-yard field goal in his only attempt. Punters Colton Spangler and Anthony Pecorella averaged over 47 yards per punt and the team downed two inside Buffalo’s 20 yard line. Freshman Octavian Smith, Jr. received the only kickoff return of the game which he returned for 41 yards, while Tarheeb Still averaged just under 15 yards on three punt returns. While the Terrapins’ special teams units haven’t necessarily been bad during head coach Michael Locksley’s tenure in College Park, they may be able to become a true weapon in 2022.

5. So…Hemby is Fun to Watch

Last week, I posed a question regarding Maryland’s running back rotation and expressed a bit of surprise after Roman Hemby was named as the team’s starter. Well, we all learned how he won the job last weekend. He carried the ball just 7 times, but racked up 114 yards and two touchdowns. Averaging over 16 yards per carry, his breakaway speed reminded many in College Park of Ty Johnson, Javon Leake, and Anthony McFarland. The Terrapins’ running game wasn’t nearly as effective as it needed to be last season, so the team is hoping that this is a positive sign as things get underway in 2022.