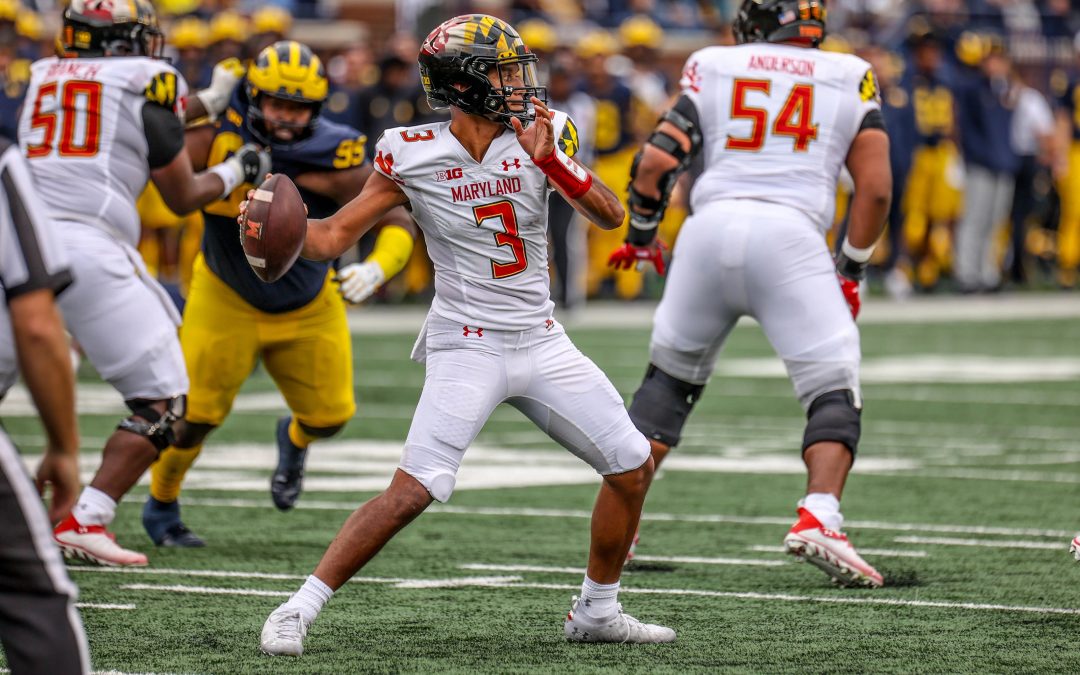 Following their close loss to Michigan on the road last weekend, Maryland returns home to face Michigan State on Saturday afternoon. The Spartans are coming off of two straight losses to Washington and Minnesota, reeling quite a bit after being ranked as high as #11 in the AP Poll just a few weeks ago. Head coach Mel Tucker led them to an impressive 11-2 finish last season which earned him a hefty contract extension, but his team has yet to find their stride in 2022. Things won’t get any easier for them after this game, as they’ll go on to face Ohio State, Wisconsin, and Michigan.

1. That’s What We’ve Been Waiting For

While Maryland was unable to pull off the road upset over Michigan, they kept the game close for all four quarters. They showed tremendous toughness and resilience, and came up just a few plays short at the end. The next step for this program is the ability to compete with the conference’s best teams, and this was a big step in the right direction. However, the team has to use this as a building block moving forward and not allow it to be an anomaly in what would be an otherwise disappointing season. That starts with this week’s game against an opponent they should beat at home if they repeat the type of performance we saw in Ann Arbor.

After a 2021 season that saw them ranked as high as 3rd in the country and score a victory over Pittsburgh in the Peach Bowl, it’s been hard to recognize this as the same Spartans team so far. Despite being known as a defensive-minded coach, Tucker’s unit has struggled mightily against both of the Power 5 teams they’ve played. Their pass defense was horrendous last year, and things don’t look like they’ve changed much in 2022. Michael Penix, Jr. and Tanner Morgan both enjoyed big days through the air against Michigan State, and Minnesota gobbled up over 42 minutes of possession last weekend.

Their offense hasn’t been much better, with quarterback Payton Thorne throwing for three touchdowns and five interceptions over the course of the last three weeks. They’ve also amassed less than 50 yards on the ground in their last two games. Since Maryland joined the Big Ten Conference in 2014, these teams have typically played close games. A win for the Terrapins would go a long way to prove last week’s performance wasn’t a one-off, but a loss allows those doubts to creep back into everyone’s minds.

The absolute lack of penalties was one of the biggest reasons why Maryland was able to keep last week’s game as close as it was. It took until well into the fourth quarter for the team to commit its first foul, an amazing accomplishment after committing 15 for 141 yards just one week earlier. Head coach Michael Locksley talked all week about how he punished his players, and it seems to have worked. It’s something they’ll have to build on, and continue to repeat throughout the rest of the season.

4. There Are Some Injury Concerns

Quarterback Taulia Tagovailoa was clearly fighting through multiple injuries to his ribs and knee during last week’s game, and it eventually forced him out of the game in favor of backup Billy Edwards, Jr. He did return to practice this week, and was wearing a knee brace. Wide receiver Rakim Jarrett suffered a head injury after hitting it hard on the turf, and hasn’t been seen at practice. Locksley told the media that both would be game-time decisions and that he wouldn’t be releasing any new information. On a more positive note, linebacker Ruben Hyppolite II returned to practice this week and looks to have a good chance at returning to the field on Saturday afternoon.

Maryland’s schedule for the month of October is extremely favorable. Home games against Michigan State, Purdue, and Northwestern, and a lone road game against Indiana represent a massive opportunity to reach bowl eligibility before the month of November even begins. There are no easy conference games, but these are all contests that the Terrapins should be favored in on paper. With so much of the team set to depart after this season, this is their best opportunity for that elusive 8-9 win season if they’re going to get there anytime soon. This week’s game against the Spartans could set the tone for this stretch of games, so following up last week’s performance with another good one is crucial for the team’s chances.