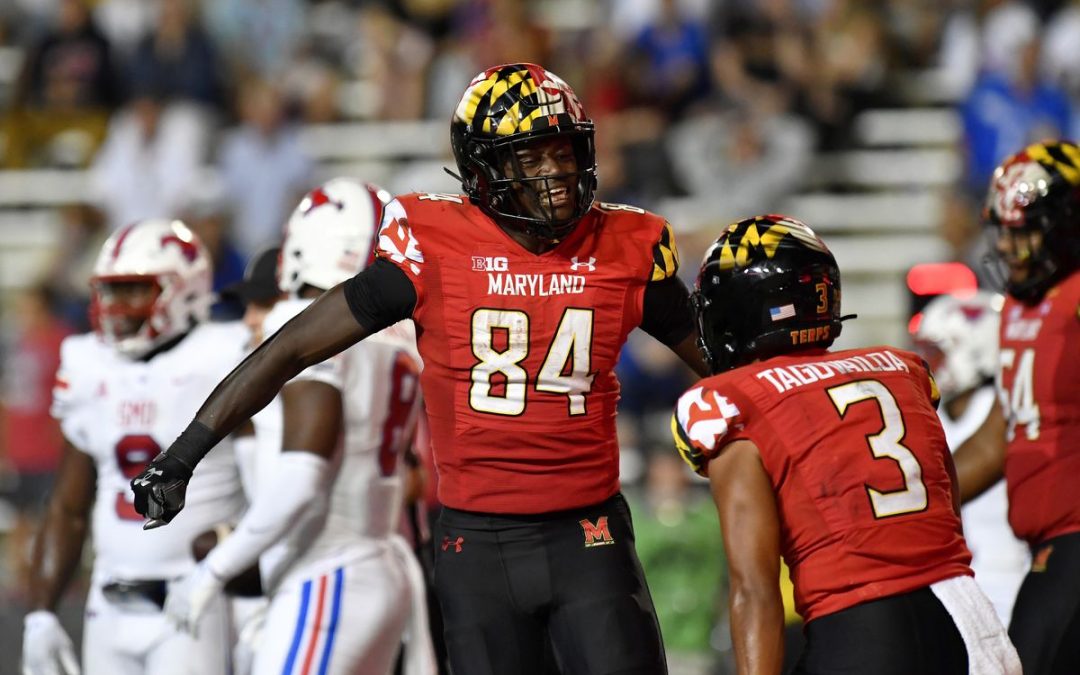 After sweeping their non-conference schedule en route to a 3-0 start, Maryland will begin conference play with a trip to Ann Arbor, MI on Saturday afternoon. The Wolverines are also unbeaten, and have not yet played a game away from home. This is Jim Harbaugh’s eighth season at the helm, coming off of a conference championship and a trip to the College Football Playoff last year. They’re currently ranked as the fourth-best team in the country, just one spot behind Ohio State.

1. Can You Hang With the Big Boys?

One of the primary measurements of a successful season for Maryland in 2022 is how well they’re able to compete with the conference’s blue-blood programs. Michigan is obviously a member of that group, and this game will be an early indicator of how much the program has grown under head coach Michael Locksley’s leadership. If the Terrapins are able to keep things close into the second half, it should instill confidence that they’re on the right track.

The Wolverines have yet to be tested thus far, playing one of the weakest schedules of any team in the country. While their blowout victories over Colorado State, Hawaii, and UConn were impressive, they didn’t teach anyone all that much about how good the team is this season. Maryland will be their biggest test by far, and if Locksley’s squad can make a handful of big plays early on, all bets could be off.

It’s become a recurring theme ever since Locksley took over as Maryland’s head coach before the 2019 season, but penalties were a problem once again in the team’s win over SMU last weekend. They committed a whopping 15 penalties for 141 yards, raising even more questions about their discipline. While the coaching staff and players are saying all of the right things about how they plan to address things, they’ll need to prove it on the field against Michigan. One of the easiest ways to play yourself out of a game like this is to continuously shoot yourself in the foot.

Defensive coordinator Brian Williams’ gameplan was very clear against SMU: force quarterback Tanner Mordecai to throw the ball short and have his unit rally to the football. They were often seen rushing three defenders and sending eight players back into coverage. While this did cut down on any potential for a pass rush, it allowed them to bend just enough to come away with the victory. They were also able to force the Mustangs into three turnovers, including interceptions by new safeties Beau Brade and Dante Trader, Jr.

While we won’t know for sure until conference play begins, Maryland’s rushing attack seems to be much more potent than it was last season. Saturday night’s game was another big one for Roman Hemby, who carried the ball 16 times for 151 yards and a touchdown. He’s currently averaging just over 9 yards per carry, and has shown impressive strength in addition to his blazing speed. In Locksley’s offense, having a legitimate threat in the backfield is crucial to force opposing defenses to respect both sides of the run-pass option (RPO).

To this point in the season, Michigan’s offense has leaned heavily on their potent running game. Blake Corum has rushed for seven touchdowns already, including five in their game against UConn last weekend. While quarterback J.J. McCarthy is certainly very talented, Williams’ gameplan for Saturday afternoon likely ought to be the polar opposite from last week’s.

Expect to see a much higher percentage of single-high safety looks from the Terrapins in coverage, with Brade playing much closer to the line of scrimmage than he did last year. Linebackers will be relied upon to shoot gaps aggressively in order to slow down the Wolverines’ rushing attack. Maryland’s cornerbacks will be forced into one-on-one matchups with Michigan’s wide receivers, and will have to provide solid coverage without committing an exorbitant number of penalties.