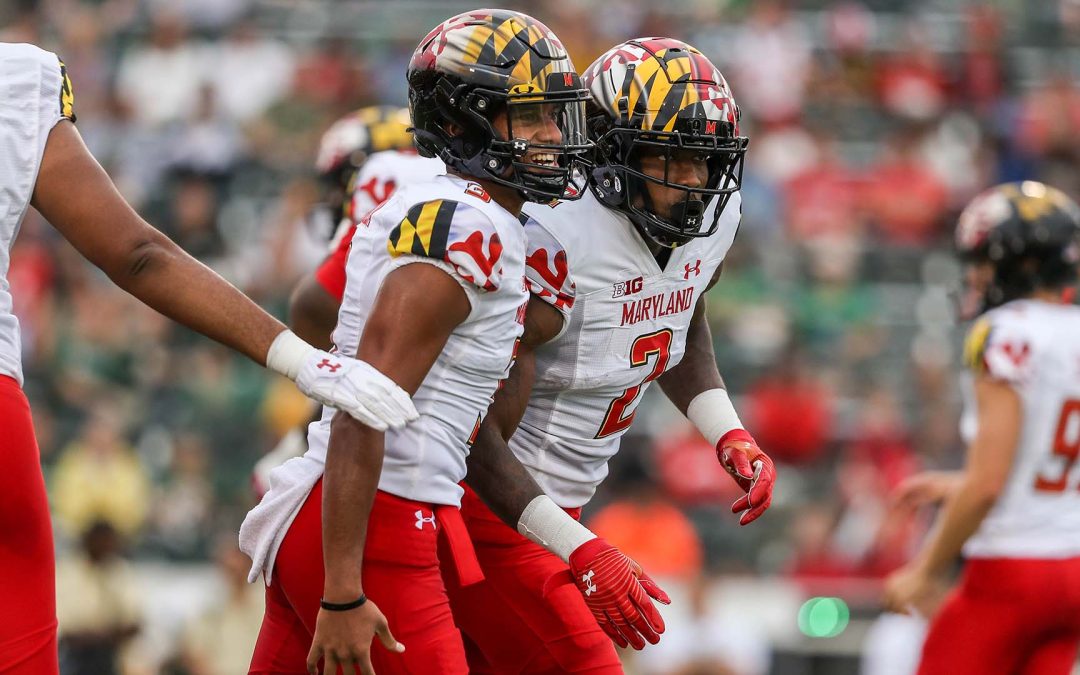 Winners of their first two games of the 2022 season, Maryland returns home after a 56-21 road victory over Charlotte last weekend. They’ll wrap up their non-conference schedule with their biggest test of the year so far in a primetime matchup against SMU, also off to a 2-0 start. These two teams met twice in the early 1960s, with the Terrapins winning both games. The Mustangs have also not been tested as of yet, with blowout victories over North Texas and Lamar not giving much insight into what type of team they’ll be. Las Vegas expects this to be a high-scoring matchup, with the O/U currently set at 73.5 points.

1. This is a Measuring Stick Game

Much like the season opener against West Virginia last year, this game will tell people a lot about who Maryland is and how good they can be in 2022. By all accounts this is a fairly even matchup, but it’s one that a home Power Five team should win over a visiting Group of Five squad. If the Terrapins struggle and limp into next weekend’s game against Michigan with a 2-1 record, there will be plenty of doubts about their chances this season. On the flip side, a victory and a 3-0 start would instill plenty of confidence into the team and the fanbase.

2. Everything Hinges on the Defense

At this point, we know what to expect from Maryland’s offense. Quarterback Taulia Tagovailoa is one of the best signal-callers in the Big Ten Conference, and his performance last week quieted any doubts that existed following a somewhat shaky season debut against Buffalo. The biggest question marks all concern the defense, which struggled to keep Charlotte off the field and out of the end zone last weekend. To this point they rank 53rd in the country in yards allowed, which simply isn’t good enough considering the level of opponents they’ve faced off against.

SMU’s offense is led by their passing offense and senior quarterback Tanner Mordecai. He threw for over 3,600 yards last season, with 39 touchdowns and 12 interceptions. The Terrapins’ defense has struggled against the pass for more than a year now, and they’ll be fully tested on Saturday night. Without starting cornerback Tarheeb Still, defensive coordinator Brian Williams has his work cut out for him to slow down the Mustangs’ aerial attack.

3. Maryland May Need the Running Game

While Maryland’s passing offense is clearly the team’s biggest strength, SMU has struggled a bit to stop the run against two lackluster opponents. Since they’ll likely be keying on slowing down Tagovailoa and the Terrapins’ talented stable of receivers, having some early success in the running game could really help to open things up for offensive coordinator Dan Enos’ unit. Roman Hemby was held in check by Charlotte’s defense last week, so keep an eye on how the team decides to get him involved early against the Mustangs.

With this being Maryland’s first real test of the season thus far, it’ll be interesting to see what both coordinators have kept off film as we approach conference play. Offensively, Enos hasn’t used as many run-pass options (RPOs) as we typically see from a Michael Locksley-led team. These plays are Tagovailoa’s biggest strength, and are a way to put opposing defenses in a bind. Expect to see more of them this week, giving the signal-caller the option to either hand the ball off or throw a quick slant or out-route to one of his talented wide receivers.

Defensively, Williams likely hasn’t shown many of his more exotic blitz packages. While college defensive systems typically aren’t nearly as complex as the ones seen on Sundays in the NFL, third downs are where we typically see coordinators get the most creative. Against an experienced quarterback in Mordecai, don’t be surprised to see some different fronts and blitz schemes from Maryland’s defense.

5. Good to See Copeland Break Out

Enos clearly put an emphasis on Maryland’s passing game last weekend, and no one was a bigger recipient of that emphasis than Florida transfer wide receiver Jacob Copeland. After a nearly nonexistent performance against Buffalo, he led the team in receiving with 110 yards and caught two touchdowns in the victory over Charlotte. He’ll be an important weapon for Tagovailoa all season, as a reliable slot receiver who can also take the top off of opposing defenses.