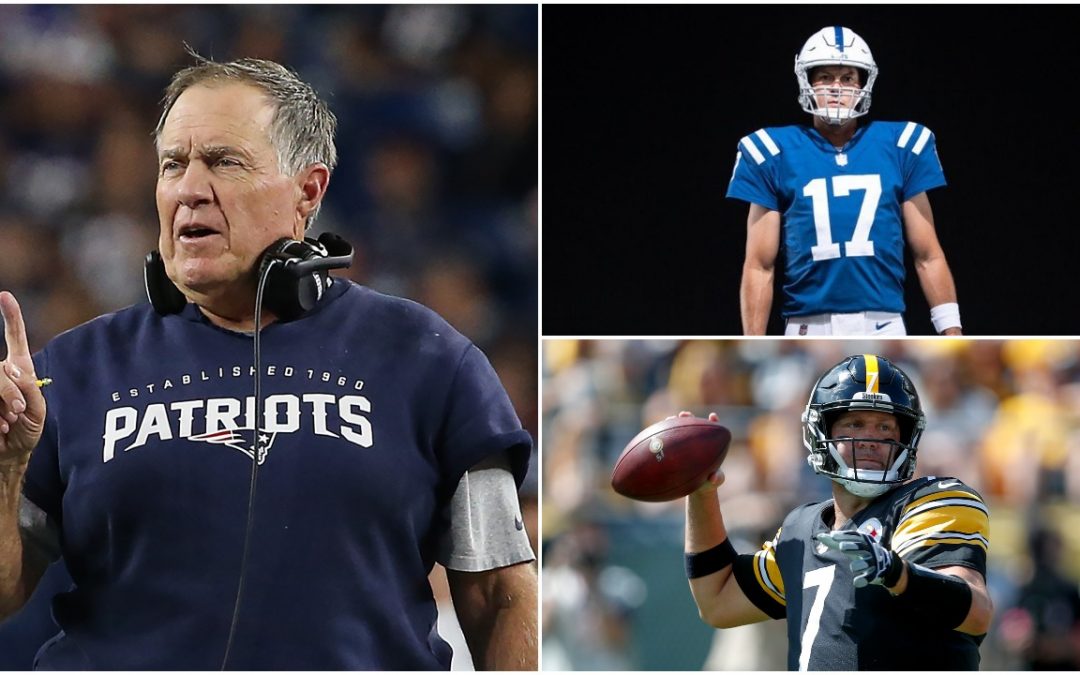 By any reasonable estimation, the Baltimore Ravens enter the 2020 NFL season as one of the true Super Bowl front-runners. Not only have they reinforced an already talented roster with the additions of defensive linemen Calais Campbell and Derek Wolfe, promising linebacker Patrick Queen, and electric tailback J.K. Dobbins, but franchise quarterback Lamar Jackson returns to build on a season in which he became the youngest MVP in NFL history.

With such considerable talent and so much projected improvement, few clubs in the Ravens’ conference compare favorably.

Of the shortlist of true challengers within the AFC, one clearly stands above the fray: the Kansas City Chiefs. Without question, the Chiefs present the greatest threat to Baltimore’s title hopes. In addition to entering 2020 as the defending champions, they possess one of the strongest collections of talent headlined by Patrick Mahomes, the consensus best quarterback in the game today. Along with roster improvements along the margins and new contracts for their best young players, Kansas City appears primed for another Super Bowl run.

But while the Chiefs look like the main obstacle between the Ravens and a trip to Super Bowl LV, three other AFC teams pose legitimate threats as well.

Due in large part to a five-season run without a division title and the surprise retirement of Andrew Luck on the eve of the 2019 regular season, the Indianapolis Colts have garnered comparatively little attention relative to their AFC peers. However, despite the lack of hype surrounding the team entering 2020, the Colts make a compelling case as the front-runner for the AFC South crown and prime playoff seeding.

Luck’s absence created a void that Jacoby Brissett could not fill. Head coach and offensive play-caller Frank Reich did not display the same level of trust in Brissett as he did in his predecessor and radically tapered back the game plan to compensate. As a result, an Indianapolis offense that finished in the top 10 by DVOA in 2018 slid back to No. 19 overall. Unsurprisingly, Reich’s club missed the postseason.

Needing a stronger triggerman at the helm, the Colts turned to a former Reich pupil from his time with the San Diego Chargers, Philip Rivers. Unlike most short-term options at quarterback, Rivers arrives with an encyclopedic knowledge of Reich’s offense and a fundamental understanding of how the system works in practice. And despite Rivers’ issues with turnovers a season ago — he finished with 23 in total — the veteran signal-caller has not fallen off physically in any measurable way. Now working behind arguably the NFL’s finest offensive line and playing with a capable set of skill-position players that added Michael Pittman Jr. and Jonathan Taylor in the draft, Rivers looks well-positioned for a late-career renaissance.

Meanwhile, the Colts defense has also made major improvements this offseason. The headliner, second-team All-Pro defensive lineman DeForest Buckner, provides a pass-rushing presence along the interior that the unit has lacked for more than a decade. Buckner and the newly healthy Darius Leonard provide a solid foundation for a defense that could finish among the league’s best by year’s end.

Tom Brady’s decision to part ways with the New England Patriots dominated the NFL offseason more than any storyline not directly connected to the COVID-19 pandemic. In departing, he takes with him literally two decades of institutional knowledge and rapport with Bill Belichick and Josh McDaniels, the two main architects of the New England offense.

But even without Brady at the control, the Patriots remain an ever-present danger to the AFC’s Super Bowl contenders. Their defense topped the DVOA rankings in 2019 and, though it will likely regress due to offseason departures and pandemic opt-outs, still features reigning Defensive Player of the Year Stephon Gilmore, a bevy of veterans schooled in the New England way, and some promising young players who will take on larger roles this season. With Belichick still at the helm, the unit still appears formidable.

But all of that pales in comparison to the arrival of former Carolina Panthers signal-caller Cam Newton, one of 2020’s most fascinating wild cards. The former MVP has undergone two major surgeries — the first on his throwing shoulder and the second on his left foot — during the calendar year of 2019 and has not played a regular-season game at full strength in nearly two years. Those health concerns, along with an overhaul of the Panthers’ coaching staff, resulted in his release earlier this offseason. With teams unable to medically examine Newton due to pandemic restrictions and an uncommon surplus of starting-caliber quarterbacks available on the open market, the Patriots bided their time before scooping him up for an extremely team-friendly deal in July.

Now apparently healthy and in possession of the starting job, Newton will lead a new-look offense expected to feature a quick-passing game similar to the one in which he thrived late in his Carolina career and designed QB runs that the Patriots never could have implemented during the Brady era. While few view New England as a Super Bowl front-runner at this stage, no club hopes to face Belichick and company in the postseason.

One of the biggest threats to the Baltimore Ravens exists within their division. The Pittsburgh Steelers, despite last season’s 8-8 finish, have gone largely overlooked in the AFC playoff race and could realistically push for prime seeding with only a few breaks going their way.

The lion’s share of the blame for the Steelers’ struggles in 2019 falls on the throwing arm of Ben Roethlisberger, who suffered a season-ending elbow injury in Week 2. In his absence, the offense shuffled between former third-round selection Mason Rudolph and undrafted rookie Devlin “Duck Hodges, neither of which managed to produce more than the occasional flash of competence. The Pittsburgh offense finished the year ranked dead last in DVOA, a drop from the No. 6 position a season earlier.

While Roethlisberger’s skills have diminished during the twilight of his NFL career, he remains a capable passer and a sizable upgrade over Rudolph and Hodges. When Roethlisberger starts the majority of the games in a given season, the Steelers have finished outside the top 10 in offensive DVOA just twice since 2010. The veteran quarterback also returns to an improved receiving corps, as the front office added tight end Eric Ebron and third-round wideout Chase Claypool in free agency and the draft, respectively. Furthermore, the famously flabby Roethlisberger took his conditioning seriously this offseason, reporting to training camp noticeably slimmer.

With Roethlisberger back in the fold, the offense has the tools to return to the upper tiers of the NFL. However, it likely only needs to reach some modicum of competency for the Steelers to thrive given the state of the defense. Led by All-Pros T.J. Watt and Minkah Fitzpatrick, Pittsburgh finished 2019 ranked third in defensive DVOA. While defensive efficiency tends to fluctuate year to year more than its offensive counterpart, the unit will see the return of stud defensive lineman Stephon Tuitt from a pectoral injury to reinforce the trenches. Combined with expected improvement from linebacker Devin Bush and Fitzpatrick, both now entering their second season within the system, the Steelers have reason to expect another stellar year from the defense.