Addressing the Present, Confronting the Future 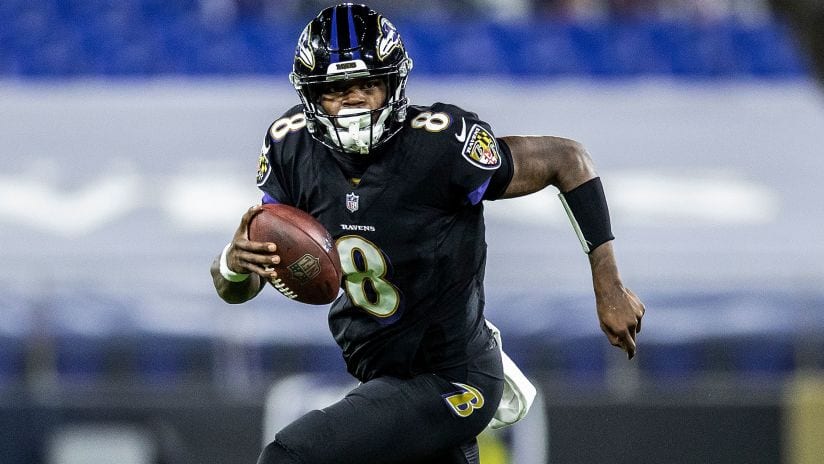 With a week to go until the 2021 NFL draft, the experts must be all but talked out. The trade rumors, breaking down pro day drills, a publication’s Mock Draft 17.0 and the misdirection and out and out lies from NFL GMs have all been analyzed to death. When you filter out all of the draft coverage noise, there’s one thing that’s abundantly clear; the 2021 NFL Draft is a pivotal moment for the Baltimore Ravens and they have to get it right.

Perhaps I’m oversimplifying or stating the obvious because the draft is always important for every franchise. With that said, the Ravens are in a particularly unique situation with their current and future roster.

They have an all-world, MVP quarterback that is entering the back end of his rookie contract and is on the verge of a monster contract extension. Their defensive line consists of three starters on the wrong side of 30, with only one of them signed beyond this year. Their wide receiver corps is loaded with recent draft picks but outside of flashes from Hollywood Brown, no one has distinguished themselves as a legit NFL starter. Their Pro Bowl right tackle became a Pro Bowl left tackle as well, then subsequently expressed a desire to be traded. Regardless of whether a trade happens, there will be a hole at right tackle very soon. Along with the Orlando Brown Jr situation, there’s a spot at interior offensive line (left guard or center) that needs to be addressed. Lastly, the departures of Matthew Judon and Yannick Ngakoue has left the organization dangerously thin at edge rusher. And truth be told, even with those two players in the fold, the pass rush was still lacking at times throughout last season.

In other words, there are holes on this roster for the 2021 season and beyond. When combined with the soon to be escalating salary for Lamar Jackson, which means there will be less room under the salary cap to seek out top tier free agents, the importance of finding young, cost controlled talent in the 2021 draft to immediately contribute is paramount.

The good news for Ravens’ fans; Baltimore has one of the best front offices in all of football and they have excelled in the draft. According to the website overthcap.com, the Baltimore Ravens have the highest percentage of homegrown players on their roster in the NFL at 72%. Not to mention the various other players that have been drafted by Baltimore and gone on to sign lucrative contracts elsewhere. Needless to say, Baltimore has never had a problem with identifying talented college players and turning them into productive NFL players; with the notable exception of the wide receiver position.

As far as immediate needs for the 2021 season, I think it’s safe to say that edge rusher and wide receiver are at the top of the list. I would entertain arguments that either positional need is more important than the other, so let’s call wide receiver and edge rusher needs 1 and 1A but in no particular order. Filling a hole at either left guard or center (depending on where Bradley Bozeman lines up for 2021) is closely behind wide out and edge rusher. Given Baltimore’s run first offense, one could present a reasonable case that getting a quality interior offensive lineman is possibly more important than either edge rusher or wide receiver. With that in mind, hopefully Orlando Brown stays in the fold for 2021 because the last thing the Ravens need is to have worry about another void on the offensive line.

If Baltimore can come away with legit prospects at wide receiver, edge rusher and interior offensive line, who are ready to contribute in 2021, I would give them solid marks for the draft. To push the draft into an “A” grade status, those afore mention future needs have to be considered as well.

When looking at the defensive line, the current starters are Brandon Williams, Calais Campbell and Derek Wolfe. Wolfe is the youngest of the three, entering his age 31 season. He’s also the only starter signed beyond the 2021 season. Considering the age and contract status of the defensive line starters, this is a position of need for 2022 and beyond. The Ravens still have 2020 draft picks Broderick Washington and Justin Madubuike in the fold but defensive line is a position where rotational depth imperative.

Madubuike was active for 10 regular season games last year and produced modest stats; 19 total tackles, 2 tackles for loss and 1 sack. He did log around 40ish% of the defensive snaps in the games he did play, so he’s contributing but the jury is still out on long term viability and whether he can be a starter in the league. On the other hand, Washington was active for 8 games, registering only 2 total tackles and played his most snaps in the November matchup vs the Titans, which was when Campbell and Williams were both nursing injuries. Bottom line, the Ravens need to build defensive line depth and quality for 2022 and beyond.

Shifting to the other side of the line of scrimmage, the Orlando Brown situation is going to create another void sooner or later. Brown has either played his last snap in purple already or he will be moving on after this season, which means the right tackle spot will need be addressed for 2022 at the latest but perhaps as early as the upcoming season. Couple that impending vacancy with needing to fill a spot on the interior of the offensive line and DeCosta is going to have to have an outstanding 3 days next weekend.

I won’t pretend to know how things will play out next weekend. For all of the draft information that’s available to fans and armchair GMs, who knows how much of that information is front office smoke screens meant to mislead other front offices, as opposed to their actual thoughts on draft prospects and their team’s needs.

The Ravens currently have 7 picks for the upcoming draft. Unless someone that they can’t refuse falls to number 27, I strongly believe that Baltimore will do their best to move out of the 1st round and acquire more picks. If they can add ammunition in the later rounds, combined with their propensity for finding quality players on Day 2 and Day 3, I think the Ravens can go a long way in filling their roster voids for both 2021 and beyond. I don’t think it’s hyperbole to say that next weekend in Cleveland will be Eric DeCosta’s most important 3 days as general manager thus far. Let’s hope that he and the scouting staff are up to the task.