Analytical Review of Dolphins at Ravens 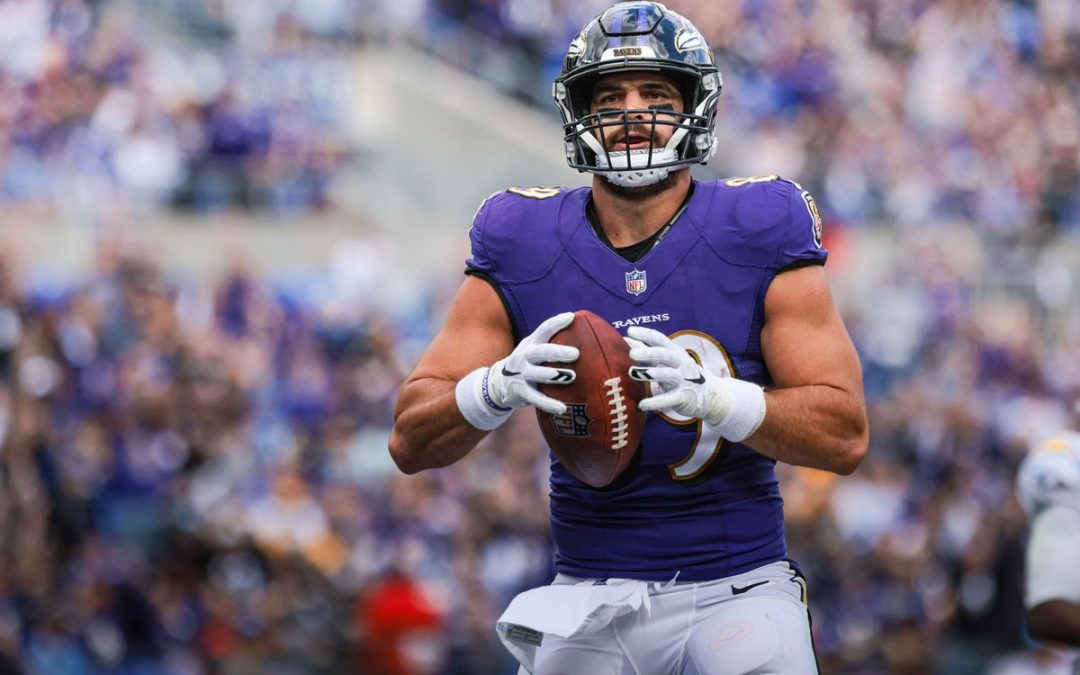 Pain. I think I speak for every Ravens fan with that four-letter word when describing the result of this contest. By far one of the most back breaking losses in Ravens franchise history. Blowing a 21-point fourth quarter lead in what felt like an instant. Tua Tagovailoa threw 6 TD passes, 4 of which came in the fourth quarter to finish off the biggest collapse in Ravens franchise history. The Ravens offense looked sharp in this game. Lamar was completely dialed in; tossing three TD passes and rushing for another. But the offense was completely dormant in the fourth quarter. The defense held up for most of the game but looked completely lost in the fourth quarter. A lack of pass rush coupled with bad miscommunication in the secondary is the correct recipe needed to allow 6 TD passes and almost 500 passing yards. As bad as things were, there were some positives. Below I will highlight 3 of the highest graded players as well as the 3 lowest graded players according to Pro Football Focus (PFF).

Andrews comes out as the highest graded player of the week by finishing with a final PFF game grade of 86.7. Andrews, who finished as PFF’s highest graded Tight End last season, continues to prove he is as elite as it comes. 9 receptions on 11 targets for 104 yards was his final stat line. Andrews dominated from the slot once again, 20 of his 29 routes coming from there. He continues to be Lamar’s best and most reliable target. He was also 2 for 2 on contested catches and Lamar had a 136.4 passer rating when targeting Andrews. On top of everything else, he was the highest graded run blocker the Ravens had in this contest as well. Truly an all-around tight end who continues to pay dividends for the Ravens. He’ll look to dominate once again next week when the Ravens travel to New England.

Campbell finishes this game with a PFF grade of 85.3. Campbell’s box score stats would not suggest he had a great game, only 1 pressure and one hurry. But he was constantly pushing the pocket and winning his 1 on 1’s. Campbell was the Ravens second highest graded pass rusher and second highest run defender in this contest. Campbell’s good play goes far beyond the box score. He is constantly drawing double teams which allows other guys like Madubuike and Houston to create pressure. Campbell was PFF’s 5th graded interior lineman last season (also the highest graded defensive Raven) and so far through 2 games he’s looked the part once again.

Bateman makes his first appearance on this list since coming into the NFL. He finishing with a PFF grade of 80.1, his best grade of his young career. It took only a week for Rashod Bateman to break his career long touchdown reception. After having a 59-yard TD reception against the Jets, Bateman took a short slant 79 yards to the house. He finished the game with 108 yards on 4 receptions. 3 of the 4 went for a first down. About as good and efficient you can ask a wide receiver to be. Bateman looks like the real deal and is also great after the catch. He forced a couple missed tackles in which he made 2 Dolphins defenders fall on their face. This is exactly the type of production and play the front office was hoping for when he was taken in the first-round last year. Now healthy with a healthy QB, look for Lamar and Bateman to continue to keep cooking as they take on the Patriots next.

Armour-David did not get the start but he got enough snaps to qualify as the lowest graded player of the week. Armour-Davis finished the game with a PFF grade of 30.4. The rookie Cornerback out of Alabama was thrust into a bigger role this week after veteran, Kyle Fuller, tore his ACL last week against the Jets. Armour-Davis had an impressive break-up in the first half but that was the only positive thing that he experienced this game. The rookie gave up a long touchdown in the fourth quarter to Tyreek Hill in what looked like a real bad communication between him and the safeties. Armour-Davis was flat footed as Hill breezed by him for an easy touchdown. He allowed 5 passes to be caught while being targeted 6 times in the process. Better days will be ahead for Armour-Davis but this week will surely be one he will want to learn from. Can’t get much worse than a 30 overall grade.

Queen comes in as the second lowest graded player this week, compiling a PFF grade of 38.8. Queen is unfortunately a frequent flyer on this list. Queen played an impressive 71 snaps which led all defensive players but only managed 4 tackles and missed 2. But in coverage he was a major liability. He was targeted 7 times and allowed 6 receptions for a team leading 111 yards. To be fair, 82 of the 111 yards came after the catch. So, it suggests he was not as bad as it looked on surface. But this is more of the same from Queen since he entered the league; missed tackles and getting diced up in coverage. Queen needs a good year for the Ravens to pick up his fifth-year option next off-season. After being graded one of the lowest linebackers for 2 straight seasons, Queen has already had a rocky two games. He’ll look to bounce back against a very bad New England offense.

I’ve decided to group Drake and Davis into section together because Davis was technically the third lowest graded but Drake was right behind him. Davis finished with a game grade of 37.1 and Drake finished with 48.5. Neither player has inspired confidence through two games. Davis and Drake combined for a laughable stat line of 11 attempts for 11 yards. In week one they combined for 13 attempts for 42 yards and one fumble for Davis. I understand the run blocking is not good but it was not particularly good last season either and journeyman Devonta Freeman was a serviceable running back who played well given the situation. Neither running back looks explosive and neither are breaking tackles. The Ravens desperately need J.K. Dobbins back and should really consider playing rookie, Tyler Badie over Mike Davis at the least. Lamar Jackson cannot be the only efficient runner on this team, they need a spark badly and hopefully Dobbins can suit up next week against the Patriots.

The Ravens need to quickly learn from this game and move onto the Patriots. Hard to find the words to describe a loss like that but this can happen if teams do not stay aggressive. Doubt the Ravens will be in a similar game this week. The Patriots have one of the slowest offenses in the NFL. But Bill Belichick is someone I would never doubt. The defense simply needs to play better, and there is no better spot for a bounce back game than facing Mac Jones with Matt Patricia/Joe Judge as his play-caller. The Ravens open as 3-point road favorites and will need this win as they host the Bills the following week.