Analytical Review of Panthers at Ravens 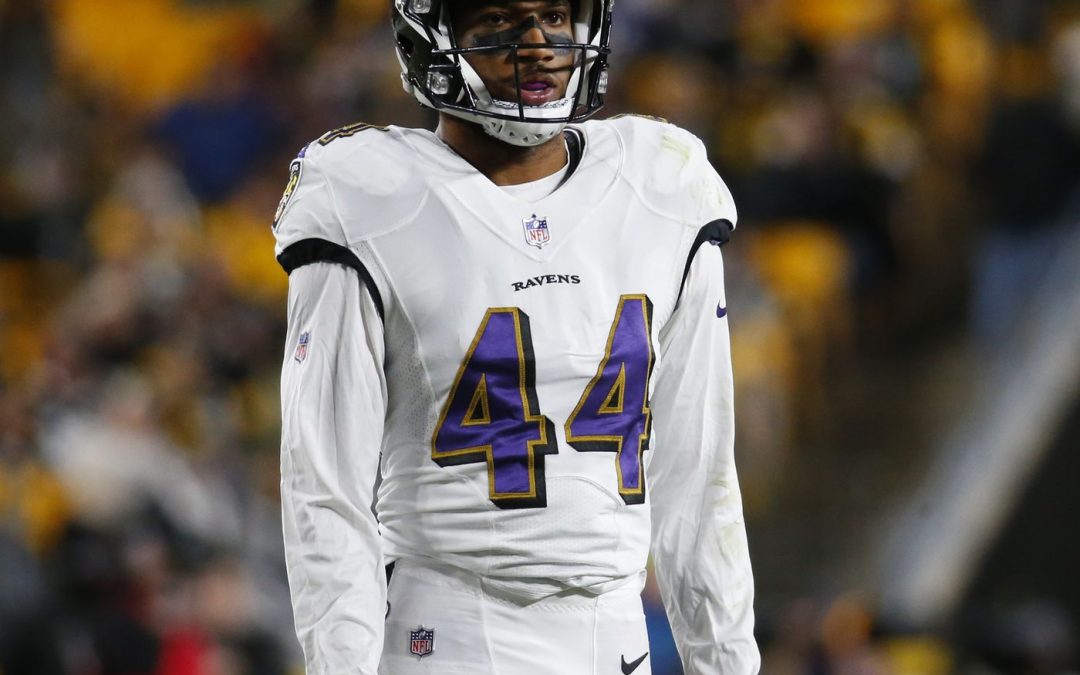 After a dominant win in New Orleans two week ago, the Ravens had a much-needed bye week before facing the lowly Panthers this week. The Ravens opened as 13-point favorites and failed to cover the largest spread of the week. The team still managed to win the game convincingly due to the stellar play of their defense. The Ravens forced three turnovers and looked completely in control when the Panthers had possession. The offense was mediocre throughout the day but only needed a two-yard Lamar Jackson plunge to secure the game. The team got a big contribution from Demarcus Robinson as he had his best game of the season as I will highlight below. But the defense truly shined in this effort and had multiple players grade in the 90’s which is a season high. All grades below are courtesy of Pro Football Focus.

Humphrey sits atop of this week’s highest graded player list with a final PFF grade of 91.9, his highest graded game of the season and his career. “All-Pro Marlo” truly lived up his name in this contest. He played 41 coverage snaps and did not allow a reception on his season low two targets. He also had a very impressive interception and had a pressure. It was an all-around elite performance for the former first round pick. He is showing why he is one of the most complete corners in the NFL. He operated dominantly from the outside corner alignment and slot corner alignment as he had 29 and 24 snaps respectively at the two positions. Humphrey is having a good season after a sub-par performance last year. He has now allowed 50 or less yards in every contest and has snagged three interceptions to go along with his shutdown numbers. He will get another plus matchup next week as the Ravens will travel to Jacksonville who do not have a single pass-catcher that has graded over a 74 overall this season.

As I alluded to in the opening, Robinson had his best game of the season and his highest PFF grade of the season with a mark of 91.5. His grade of 91.5 is not only the highest of the season but is also the highest of his career, which is notable because he spent his first six seasons with the Chiefs and 5 of them with Mahomes. Robinson caught all 9 of his targets for 128 yards. 6 of the 9 targets were for first downs and his average depth of target (aDot) was 9.6. He was the only Ravens’ Wide Receiver who could get open and make any contributions. The next closest Wide Receiver had only 3 yards (Duvernay). The Ravens desperately need someone besides Andrews to get open and make plays. Robinson had a solid outing against the Bucs but was a non-factor against the Saints. The team will need at least average play from this unit to make a playoff run. Hopefully D.Jackson can get healthy in time to help this unit out but you have to like what you saw from Robinson in this contest.

Rounding out this week’s list is none other than the sensational rookie, Hamilton. Hamilton had a final PFF grade of 91.3, which is his second highest graded of the season. He was forced to leave early due to injury but he was spectacular up until that point. He played only 21 snaps but managed four tackles and zero missed tackles. He also had an elite coverage game, he allowed three receptions on four targets for two yards. He has now allowed 31 or less yards in coverage in nine out of ten games and is currently PFF’s third highest graded safety out of 85 qualified players at the position. Hopefully his injury is not too serious because has been one of their most important players on defense this season.

Proche lands as the lowest graded player of the week by finishing with a PFF grade of 36.8. Proche had simply a game he wants to forget. He dropped his only target of the game and also had a holding call on a long Jackson run that potentially took a touchdown off the board. So far on the season, Proche has only 6 receptions for 53 yards and a PFF grade 47 which is among the lowest grades among qualified Wide Receivers. Clearly an afterthought in this offense, Proche should only see less snaps when D. Jackson returns from injury.

Likely is the second lowest graded player this week with a PFF grade of 43.8, his second lowest grade of the season. The exciting young rookie did not have a good outing by his standards. He was targeted three times and hauled in only one target for a single yard. He also had a drop on the afternoon which surely did not help his grade. After back-to-back games with a touchdown, Likely had a heat check game in this contest. His role will be somewhat lessened with the return of All-Pro tight end, Mark Andrews, but you still would like to see the rookie make the most of his targets. The weather was a little bit of a factor so I expect Likely has a stronger game next week when the team flies to Jacksonville.

Clark yet again appears on this list with another sub-par performance. He finishes the game with a PFF grade of 45, his lowest of the season. Clark has now had 9 straight games under a 65 grade and is one of the lowest graded safeties in the league. He ranks 66th out of 85 qualifiers. Clark did not do himself any favors in this contest either. He had three tackles and added a missed tackle, he also allowed both of his targets to be caught but for only twenty yards. Moreover, he had two penalties on the day, one of which was a crucial facemask that extended a drive. Clark has struggled this season but still provides a veteran presence on the back end especially with Marcus Williams on IR. He’ll look to rebound next week at Jacksonville.

The Ravens relied on their defense for the first time all season in this week’s win. The offense was shut down for most of the day due to a good Carolina defense and some windy conditions. They have flipped the script from earlier on this season. The defense has played at an elite level for multiple straight games now and will look to continue their dominant play going into another favorable matchup next week at Jacksonville. The team will hopefully have Gus Edwards and D. Jackson on offense, and maybe the defense will see the debut of promising rookie, David Ojabo. They’ll need to keep winning to remain ahead of the Bengals who are closely behind them in the AFC North. The Ravens open up as early four-point favorites on the road.