Analytical Review of Ravens at Jets 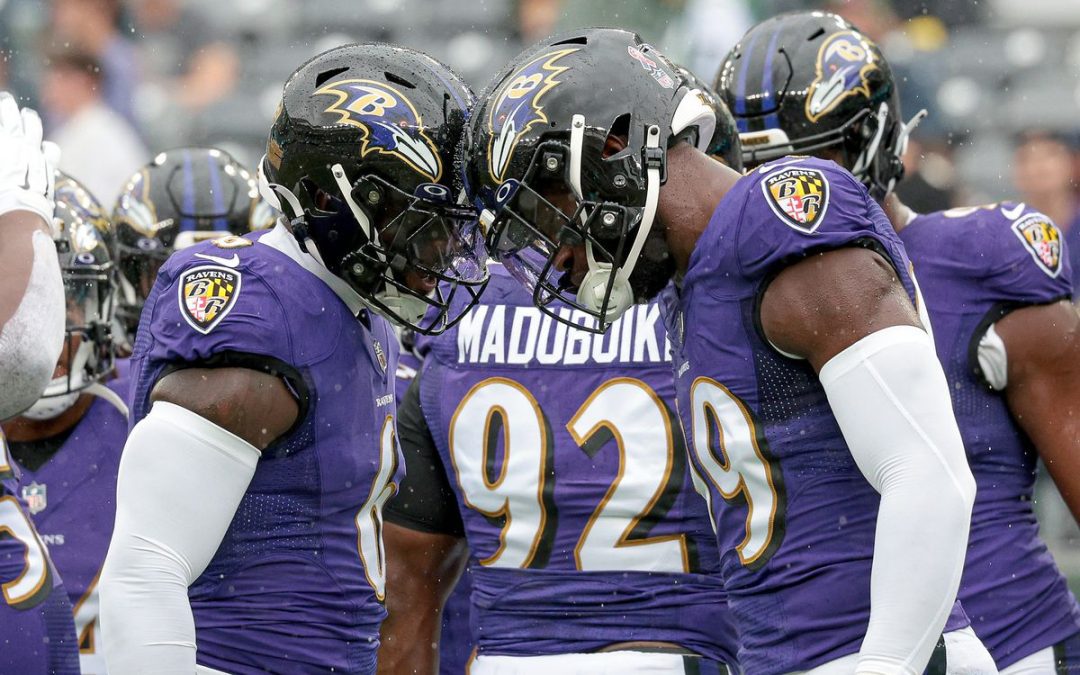 The long-anticipated Joe Flacco Revenge Game took place Week 1 when the Ravens traveled to New York to take on the Jets. The Ravens came away with an impressive 24-9 victory. The Ravens were aided by Flacco’s putrid 5.3 yards per attempt, as he attempted 59 passes for a mere 307 yards. The offense looked slow out of the gates but was able to turn it on in the second half, Lamar Jackson finished with 213 yards and tossed 3 touchdown passes. But the story of the game was the defense. The Ravens pressured the statuesque Flacco an astonishing 32 times in route to a dominating defensive effort. There is much to clean up after this game (mainly the running game) but you have to be encouraged by what you saw out of Lamar and the defense. Below I will highlight the 3 highest and 3 lowest graded players of the week according to Pro Football Focus (PFF) and offer a brief analysis.

The third-year defensive tackle finished the game with a 90.7 overall grade; his highest of his career. The former Aggie accounted for 5 total pressures, 4 hurries and one sack. He also had 3 tackles and did not miss a tackle. This is the exact type of effort the Ravens front office has been hoping for since they took him in the third round of the 2020 NFL draft. After a productive first season, Madubuike had a disappointing second season. He finished the 2021 season with a final season grade of 56.6. The Ravens defensive line was a force all day long as they were in Flacco’s face all game long and Madabuike was the anchor. Expect Madabuike to continue his dominant effort against an improved but still underwhelming Dolphins offensive line next week.

Michael Pierce came away with the second highest grade of the week with a mark of 89.9; his highest graded game since 2018 with the Ravens. Like Madubuike, Pierce was a steady presence all day long. He came away with 4 pressures, 3 hurries and 1 QB hit. He also added 3 tackles in the run game and did not miss a tackle; he also added a forced fumble. The former undrafted free agent was dominant against a young Jets offensive line. Pierce and the rest of the interior defensive tackles made life a nightmare for Joe Flacco. Laken Tomlinson, the Jets high priced free agent addition, allowed 8 pressures in this contest in route to a 29-pass blocking grade. Pierce and company will look to continue their dominance next week as Tua and the Dolphins come to town.

Rounding off the theme of defensive line dominance, Justin Houston had a strong day with a PFF grade of 82.1. Houston was by the most dominant pass rusher in this contest. He absolutely destroyed George Fant all day long. He finished with 6 total pressures, 4 hurries, one QB hit and one sack. He had a 25%-win percentage which lets you know he was beating his man fairly consistently especially considering the Jets had 59 passing attempts. Houston graded well last season and the Ravens were smart to bring the veteran back on another 1-year deal. With the Ravens being so thin at the EDGE position, they’ll need to lean on Houston to provide some consistent pressure.

Josh Bynes finishes this game with his lowest graded game of his career; 31. Bynes has been in the league since 2012 and just recorded his worst game of his career, impressive considering the longevity and good play. Bynes was one of the best players on the Ravens roster last season, but it is worth noting he is getting long in the tooth now. Back to the grade, Bynes played 32 snaps and only recorded one tackle and missed two. Bynes was one of the highest graded linebackers in the NFL last season so I doubt this will be a trend. He’ll need to clean up his play next week when a much better offense comes to town.

The dominant preseason rookie tight end finished this week as the second lowest graded player of the week with a mark of 36.6. Likely ran 18 routes, was only targeted once and did not record a stat. He added a drop which didn’t help, a clear miscommunication between him and Lamar on a notable third down play where it looked like likely got in the way of a pass intended for Mark Andrews. Personally, this is not concerning at all. It is his first game and he will have plenty of chances to make it up. Likely dominated in the preseason and training camp, so it is only a matter of time until he makes an impact in a regular season game.

Oweh comes in as the third lowest graded player this week. He finished the game with a 49.6 grade. Oweh actually had an impressive day getting after the QB, he finished with 5 pressures which was tied for second on the team but the grade was dragged down by a 28 overall run defense grade. This was just an instance where Oweh was overpowered by bigger lineman in the run game. Oweh was solid against the run last season so let’s just hope he can forget this game and look to improve next week against the Dolphins.

The Ravens now look forward to their home opener next Sunday as they host the 1-0 Miami Dolphins. Baltimore lost a nail biter last season to the Dolphins on a Thursday Night. They will look to get revenge on Tua and company in what should be one of the better 1 o’clock games this Sunday. The Ravens cannot seem to get rid of the injury bug. They lost Juwan James and Kyle Fuller to season ending injuries against the Jets. They badly need Ronnie Stanley and Marcus Peters to play sooner rather than later. Also, they need JK Dobbins back. Kenyan drake and Mike Davis did not inspire any confidence whatsoever with their performances this past Sunday. Look for Lamar and crew to give the Baltimore crowd a show on Sunday as they look to move to 2-0.