Analytical Review of Ravens at Raiders 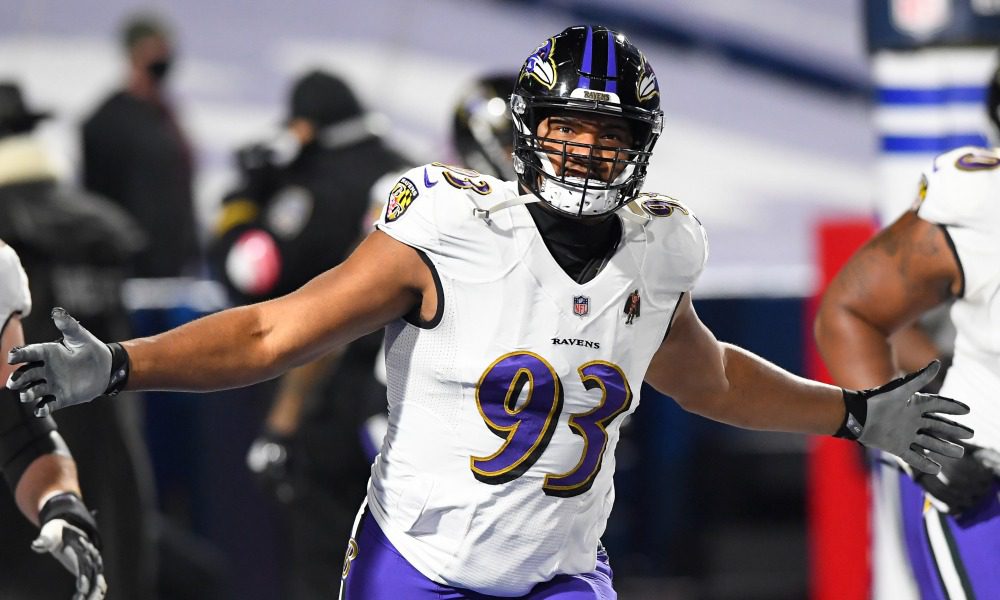 The Ravens and The Raiders opened the Monday Night Football season with a back-and-forth nail biter in which The Raiders ultimately came out on top. The Ravens jumped out to an early 14-0 lead, but the Raiders offense and pass rush proved to be too much for the ravens to handle. This is uncharted territory for a John Harbaugh led team. The Ravens were 81-0 with a 14-point lead under Harbaugh, until Monday night. There is surely some blame to go around after this game, but there are also some positives to take away from an analytical perspective. Below, I will outline a few key players who graded well via Pro Football Focus (PFF), and a few players who graded poorly.

Campbell had a PFF grade of 87.1. Which was the third highest at his position from Week 1. Campbell really dominated in the running game as evidenced with the crucial stop he had on a 4th and 1 to kill one of the Raiders drives in the second half. It was nice to see Campbell play at a high level again. Last year he only played in 12 games, was often injured and not getting the snaps like he had in previous seasons. Campbell last year had a grade of 74.7 which is considered “good” from PFF’s grading. But the previous four seasons, Campbell did not miss a game and graded above 90 in all four seasons, which is considered “elite”. The only other interior defender who graded higher than him during that stretch was Aaron Donald, who is easily considered the best and most dominant defensive player in the NFL. The Ravens are a much better football team with Campbell healthy. Not only for his play but for his leadership. Campbell is one of the most respected and liked players in the NFL. If he can remain healthy, The Ravens interior line will be one of the most formidable units in the NFL.

Justin Houston finished the game with a 78.7 grade and Ravens fans should be happy with his performance. He played the most snaps out of any Ravens EDGE player. A true student of the game, Houston easily beat first round Right Tackle, Alex Leatherwood for a sack in the first quarter. The ravens haven’t had a true pass rusher who can win one on ones since Terell Suggs. Over the last few seasons, the ravens pass rush was reliant upon the Cornerbacks shutting down the Wide Receivers which led to many unblocked sacks and pressures. Houston is an older player now, but it is encouraging to see him play well in a brand-new system. Similar to Campbell, Houston has been a dominant player who has graded in the 90’s and 80’s consistently in his career. Having him on the roster is only beneficial for the Raven’s young pass rushers going forward.

Hollywood Brown finished with a 77.6 grade. The most important stat though was that he was targeted six times and caught all six targets. Dating back to last year, Brown has had at least one touchdown or 98 yards in his last 7 games. For a guy who is viewed as a deep threat, he has been very consistent and reliable during that stretch. The Raven’s receiving core has a lot of pressure on them going into this season, and performances like that from him, and also Sammy Watkins (96 yards) are very encouraging going forward. Once Bateman returns from injury, this will easily be Lamar’s best group of pass catchers he has had in his career.

Tavon Young registered a 28.1 grade. By far the lowest of his career and the lowest grade overall this week. Tavon is playing his first game since his torn ACL injury in week 2 of last year. He was targeted 6 times against the Raiders and allowed 5 catches which resulted in a 104-passer rating when targeted. He also was beat badly on a play and drew a pass interference in the endzone. Tavon, when healthy has been a very good player working primarily out of the slot in his career. Even though he graded poorly, he did have a 75-tackling grade, which is considered “good” in terms of a grade. I think he will improve as the season goes and he gets more reps under his belt.

I’ve decided to group both of these players in together because they had the two lowest grades on offense. Stanley registered a 48.9 overall grade while Villanueva came in at a 44.3 grade. The more concerning stat was their actual pass blocking grades. Stanley had a 27.7 grade, while Villanueva had 13.4 grade. Furthermore, Stanley allowed 9 pressures. To put that into perspective; last year in 6 games, he only allowed 6 pressures. This was by far Stanely’s worst game in terms of pass blocking. Stanley is one of the best pass blocking Tackles in the NFL. Last year his pass blocking grade before he got injured was 91.1, and in 2019 it was 93.3. Offensive lines typically take time to gel, I think this was an aberration, because history is on Stanley’s side in terms of elite play. Villanueva, on the other hand, is a little more concerning. He hasn’t played right tackle since 2015. He is coming from a totally different offense stylistically and will need time to get used to the style of offense the ravens run. But a pass blocking grade of 13.4 is not something the ravens envisioned when they signed Villanueva. He allowed 10 pressures on 28 pass blocking snaps. Both Stanley and Villanueva are good players and I doubt we will see this type of performance again. But if it doesn’t improve, then needless to say it’ll be a long season for this offense.

Harrison, the second year Pro from Ohio State had a forgetful night on Monday Night. He registered a 45.2 overall grade. He started off fairly strong, making a big on Josh Jacobs for a short gain. But that was the only positive play he had. He had two total tackles and one missed tackle on the night, he was also targeted 4 time and allowed 3 receptions for 24 yards. Harrison is taking over for LJ Fort, who tore his ACL in the preseason. Fort always generally held up in coverage over the last few years. Harrison is a thumper and plays well in the run game; but his coverage skills leave something to be desired. Harrison is a talented player that bolsters the ravens front seven and he brings more physicality than Patrick Queen. But they will need him to fill the void left by Fort, otherwise Tight ends will decimate the middle of the defense for the Ravens.

The Ravens overall had a team grade of 68.2 which placed them 19th overall in Week 1. But it’s important to note that they had a pass blocking grade of 28.2 which was the lowest of the week. If they had an average pass blocking effort in Week 1, they more than likely win that game. You have to give the Raiders credit; they came ready to play and their pass rush was relentless from start to finish. The Ravens host the Chiefs on Sunday Night Football and they will quickly need to turn the page and get ready for the team who has consistently had their number over the past 3 consecutive seasons.