Analytical Review of Steelers at Ravens 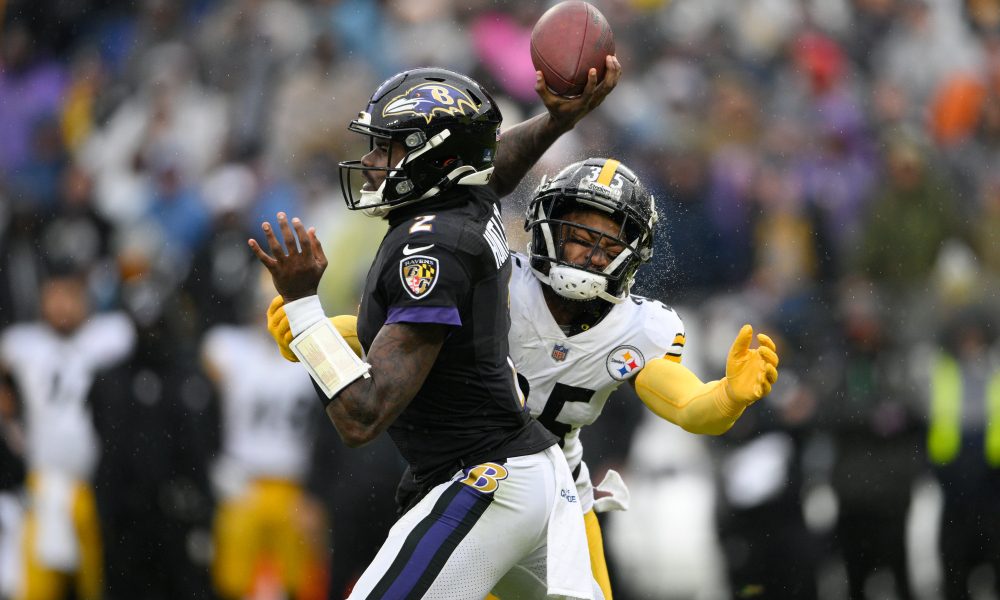 The Ravens and Steelers closed out the regular season in Baltimore in what was a typical Ravens/Steelers game. Both teams looked sloppy offensively and both defenses came to play. The game was ultimately decided in overtime with the Steelers kicking a field goal to win 16-13 and punching their ticket to the playoffs. The loss closed out a 6-game losing streak to end the season for the Ravens. From being 8-3 and atop of the AFC to finishing 8-9 and finishing last in the AFC north is not the scenario Ravens fans envisioned a month and a half ago, but here we are. Below I will highlight the 3 highest, and 3 lowest graded players of the week according to Pro Football Focus (PFF).

Zeitler comes away as this week’s highest graded player; finishing with a PFF grade of 86.6, his highest graded game of the year. Zeitler had his best effort of the season against the bitter division rivals. He was solid against the run but was a force in pass protection. He played 43 pass snaps and didn’t allow a single pressure, QB hit or hurry. But this is nothing new for Zeitler; he has only allowed one sack all season and just 17 pressures on 771 passing snaps. Zeitler has been arguably the Ravens best and most consistent player this season with the exception of Mark Andrews. In a season in which multiple Ravens offensive lineman have missed games due to injury or illness, Zeitler was a weekly staple and provided very good play all season. He finished the season with a 77 grade, which is his best since 2018. Zeitler is under contract and will look to man the right guard position again in 2022.

Latavius Murray finished as the second highest graded player this week; earning a PFF grade of 84.9, his highest of the season. Last week, Devonta Freeman was the second highest graded offensive player, this week, it’s Murray. The former Saint and Raider had easily his best showing of the year. He finished with 16 carries for 150 yards and a touchdown. He had an eye-popping 9.4 yards a carry and an absurd 125 yards after contact. Going into the game, Murray had 4 runs of over 10+ yards. He had 5 against the Steelers on Sunday. He also ran for 7 first downs which is also a season high. Murray stepped up when Freeman went down in the first half. He got all the work in the second half and provided the Raven’s only touchdown. Overall, Murray has had a disappointing season. He finished the season with a 65.6 PFF grade and will probably be looking for a new home next season once the Ravens get their stable of running backs healthy.

Geno Stone rounds off this list by finishing with a PFF grade of 82.4, his highest graded game of the season. After having one of the worst games for any Raven defender last week, Geno followed that up with his best game of his career. Stone was exceptional in coverage, he was targeted 3 times and only allowed one reception into his zone for 7 yards. He also added his first career interception and also had a pass break up. Raven’s safeties have played much better over the last few weeks and hopefully it’ll carry over into next season as the secondary figures to look much different after a couple of key players are set to hit free agency. Stone was one of PFF’s highest graded safeties in college and was considered a steal being taken in the 7th round in 2020. He hasn’t had much opportunity due to the guys in front of him but he showed his ability in this contest.

Jaylon Ferguson comes in as the lowest graded player of the week; finishing with a PFF grade of 41.7, his lowest of the season. Filling in for rookie Odafe Oweh, Ferguson had a chance to show off his skills in a meaningful game. Ferguson failed to even record a single pressure on 15 pass rush snaps. He also did not record a tackle and was targeted twice which led to 2 receptions for 23 yards. It was about as bad as it can get for the former second round pick. In 73 pass rush snaps this season, Ferguson only managed 6 pressures and zero sacks. He was maybe even worse in run defense, on 53 run defense snaps, he managed 4 total tackles and missed 2. The Ravens had high hopes for Ferguson but he has regressed for 3 straight seasons and the Ravens could very easily move on from him.

Queen once again is featured on the lowest graded player list. He finished the game with a PFF grade of 44.9. Queen had a few very nice splash plays in the game where he read the play and knifed into the backfield for a loss. But those were his only two good plays of the game. He missed 3 tackles and one was a crucial one in the fourth quarter against Najee Harris that led to a first down on a third and long. Queen also had a lousy game in coverage, he was targeted 3 times and allowed all 3 targets to be caught for 22 yards. This marked the 7th game in which Queen allowed all of the targets to be caught into his zone. Queen finished with 20 missed tackles this season which was fourth worst in the league. He’ll need another big off-season to improve his tackling as he has cost the team over and over with his poor tackling in crucial spots. Queen has improved significantly compared to last season. He is more instinctive on running plays but still needs to work on being overly aggressive and missing tackles. Look for Queen to have a better season in 2022.

McPhee rounds off this list by finishing with a PFF grade of 46.7. Mcphee hasn’t played since week 10 due to an injury but he was needed in this game due to other injuries along the defensive front. McPhee did not have an impactful game. He had 25 pass rush snaps and only managed one pressure and one QB hit. He also played a total of 12 run defense snaps and didn’t manage a tackle while also missing a tackle. McPhee, a 2012 Superbowl Champ with the Ravens, came back for another stint with the team in 2019 and has graded above average until this season. His 51 grade this season represents his lowest grade of his career. Only managing 6 total pressures all season, the Ravens will most likely move on from him to get younger at the position.

The season is finally over for the Ravens. With all the injuries during training camp and the preseason, the Ravens exceeded expectations when they held an 8-3 record. But this team was flawed all season, the record showed a “good” team but in reality, they needed an Edwards-Helaire fumble to beat the Chiefs in Week 2, then needed a 66-yard field goal from Justin Tucker to beat the Lions. Also, against the colts, they needed a blocked kick from Calais Campbell and a ridiculous game from Lamar Jackson to come from behind from a 19-point deficit at home. They eventually lost their last six games to fall to 8-9. With that being said, you have to credit John Harbaugh. To overcome the number of injuries they had this season and to still be competitive in nearly every game, is a testament to him and his staff. A lot of decisions will need to be made regarding the roster this off-season but Harbaugh proved once again that he is one of the best coaches in the NFL.